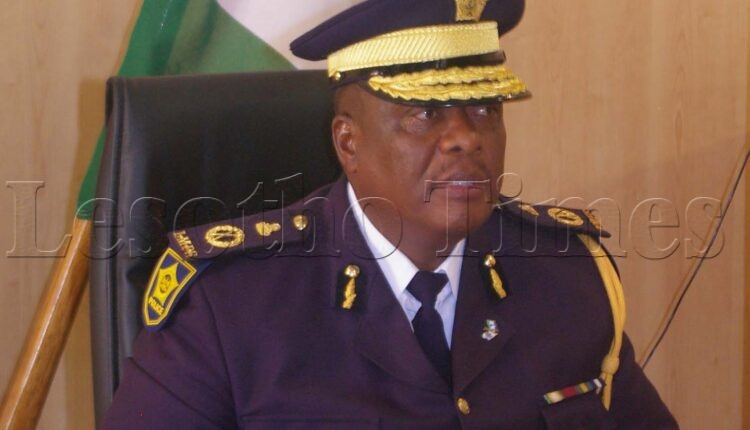 Mr Monaheng, a long-term policeman who rose through the ranks to become
Deputy Commissioner of Police (DCP), this week said he had become an official DC member. He was proud to be a member of the party which had survived the internal ructions and divisions rattling other parties like the All Basotho Convention (ABC).

He paid special tribute to DC leader Mokhothu for ensuring that the DC remains a cohesive unit without the internal factionalism that have rocked other parties.

He said he had elected to support the DC because it had proven to him that it was disciplined.

So confident is he with the DC that he said the current Moeketsi Majoro-led coalition government would be Lesotho’s last. The DC would win convincingly to form government on its own, he said.

“This is Lesotho’s last coalition government because the DC is going to register an outright win in the coming polls,” Mr Monaheng said.

Mr Monaheng resigned from the Lesotho Mounted Police Service (LMPS) in 2019 after reaching the retirement age of 55.

He said any police officer who was interested in politics should follow his lead and join politics only in their retirement.

“I have always held that police officers should not meddle in politics as long as they are still in office and I still maintain that. Anyone who wants to take part in politics should just leave the office like I did.

“I decided to join politics, especially the DC, because its policies are based on discipline, love and unity. This is the only one stable party that I have ever loved but could not publicly say it as I was still a public servant. However, I have voted for it over the years and don’t regret that.”

While he was not chasing any position of authority in the party, he would not hesitate to take one if he was appointed to any.

“I am not power hungry but I feel it’s the right thing to do (to accept a position) if I am assigned because I would really want to make a difference for my country and the livelihoods of Basotho as I have done in my years of service as a police officer.”

DC spokesperson, Serialong Qoo, confirmed that Mr Monaheng was one of the party’s newest members.

“It is not surprising that we have been joined by someone of Ntate Monaheng’s calibre. This is sheer proof of what we are always saying, that the DC is the home for all who believe in improving Basotho’s livelihoods. Everyone who wants to join the DC is welcome,” Mr Qoo said.

Warring factions in talks to save NRA