Forget the elephants SA children are being culled 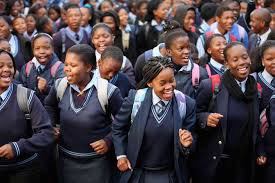 If South African schoolchildren were elephants, there would be an international outcry against the culling in the schooling system. The 562 000 pupils who wrote their National Senior Certificate (NSC) examination in 2013 constituted only half the number enrolled in grade 10 two years before.

Various reasons may explain why almost 500 000 of the million-plus pupils who enrolled in grade 10 in 2011 never wrote their NSC two years later, but many are discouraged from writing by the desire of schools and educational authorities to push up their NSC pass rates.

That pass rates are inflated in this way is one of many indictments of the government schooling system.
Educational authorities admit that 80 percent of government schools are dysfunctional. We should not forget the 20 percent that work.

Some of these include poor schools in poor areas, such as Mbilwi in Limpopo that was ranked by Professor Jonathan Jansen, rector of the University of the Free State and president of the South African Institute of Race Relations, as the top-performing school in the country last year.

Parents, however, are voting with their feet and their pay cheques against the poor schooling which is the lot of most black children.

Demand for such schools is clearly growing. So is supply.

Although it is widely believed that independent schools cater largely for the affluent, this is no longer true — if it ever was. Most such schools cater for poorer communities.

Some charge fees below those charged by some government and former model-C schools. Some charge only half the R12 000 that the government spends on schooling per pupil.

Of the two education companies listed on the Johannesburg Stock Exchange, one caters for poorer communities. This is Curro Holdings, part of Jannie Mouton’s PSG group. It offers quality private schooling at less than R1 400 a month, and recently held a rights issue of almost R600 million to enable it to expand its campuses from 31 to 80 by 2020. The company says it underestimated the demand for affordable independent schooling.

The guiding principles are privatisation, competition, consumer choice, and empowerment of the poor.
The government would auction off its schools to private institutions, both profit-seeking and non-profit. The latter would include church groups, local chambers of commerce, trade unions, trusts and charities — anyone willing and able to raise the money via mortgage bonds or otherwise to purchase these assets from the State.