‘Focus should remain on climate change’ 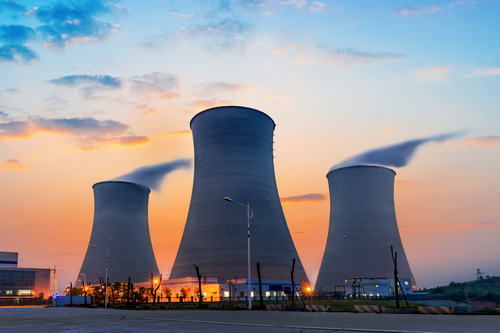 WORLD leaders, civil society organisations and international agencies are meeting in Marrakech, Morocco for the United Nations Framework Convention on Climate Change (UNFCCC) Conference of Parties (COP) 22 to come up with best solutions to help humanity cope with harsh effects of climate change.

The conference has been running from 8 November, hardly a week after the landmark ratification of the Paris Agreement, bringing all nations into a common cause to undertake ambitious efforts to combat climate change and adapt to its effects. It will end tomorrow with the stated objective of enhancing support for assisting developing countries as they are the most vulnerable to climate change.

In this wide-ranging interview, Lesotho Meteorological Services ‘Mathabo Mahahabisa speaks to Lesotho Times (LT) reporter Pascalinah Kabi about Lesotho’s impressions on the conference which has been described by COP 22 president and Moroccan Foreign Affairs Minister Salaheddine Mezouar as the last opportunity to act to avert the impact of climate change on vulnerable populations and poor countries.

LT: Since COP 22 started on 8 November, what are the impressions of Lesotho on the ongoing negotiations seeking to find strategies to mitigate and adapt to climate change?

Mahahabisa: The past week has been dominated by negotiations among world leaders and various delegations. The negotiations looked extensively into few agreements that have been made in the past years.

The SBI was established by the COP in 2014, replacing the ad hoc open-ended working group on the review of implementation of the convention.

It further establishes and reports to governments on how far the world has gone in addressing issues of climate change, decreasing the temperatures in the atmosphere. The Copenhagen Agreement, reached in 2009, tells us that we must be working towards making sure that our temperatures remain at 2 decree Celsius. As things stand now we are at around 0.8 degrees Celsius.

It is worth noting that although countries drew the Intended Nationally Determined Contributions (INDC), committing each country to decrease greenhouse gases (GHGs) emissions. However, most of these commitments are not ambitions enough to help the world reduce the greenhouse gas emissions to keep the global temperature rise to 2 degrees Celsius.

As of today (Sunday), we have not yet reached the agreement.

LT: What is Lesotho’s reaction on the posture by many African countries that climate change financing is not accessible for adaptation and mitigation programmes?

Mahahabisa: In accordance with the principles of common but differentiated responsibilities and respective capabilities set out in the convention, developed country parties are to provide financial resources to assist developing country parties in implementing the objectives of the United Nations Framework Convention on Climate Change.

It is important for all governments and stakeholders to understand and assess the financial needs developing countries have so that such countries can undertake activities to address climate change.

In addition, there needs to be full transparency in the way the resources are used for mitigation and adaptation activities. The effective measurement, reporting and verification of climate finance is key to building trust between Parties to the Convention, and also for external actors.

However, there are so many stringent bottlenecks put in place making climate financing inaccessible. During the COP21 held in Paris, France, developed countries made financial pledges to support developing countries’ adaptation and mitigation programmes but very few of these pledges have materialized into monetary terms.

There is also an issue of transparency; developed countries are finding it hard to play their cards openly. So you can see that as African countries, though we are emitting very low, we are unable to access the climate change financing despite the fact that we have been told it is available.

Climate change financing is one of the major issues which COP 22 must address if we are to adapt and mitigate climate change successfully.

LT: COP22 President Salaheddine Mezouar said the ongoing conference is “an opportunity to make the voices of the most vulnerable countries to climate change heard”. What voices are you making as government to ensure that Basotho are well equipped to adapt and mitigate climate change?

Mahahabisa: We have many programmes seeking to address issues of climate change in Lesotho. Such programmes are championed by different institutions in the country as climate change is a cross-cutting problem that needs to be addressed across all the sectors. Government ministries, non-governmental organisations and international agencies are all working towards a common goal of ensuring that Basotho are capacitated enough to adapt to and mitigate effects of climate change.

As LMS, under the Ministry of Energy and Meteorology, we have different programmes targeting schools with the biggest milestones being the inclusion of climate change in the national curriculum.

LT: World leaders in the ongoing COP22 stated that women are most vulnerable to effects of climate change. What is Lesotho doing to capacitate this group?

Mahahabisa: This is a fact we cannot run away from. Women and children suffer the most under the effects of climate change. Women are the pillars of their homes. They are expected to feed their families, no matter the circumstances.

Unless we fully capacitate women, it is going to be rather difficult to win the fight against climate change as we would have left a critical group behind. Women are the glue that holds their families and if their vulnerability to climate change is not addressed, we would be fighting a losing battle.

LT: What impacts does climate change have on the world’s ability to achieving the ambitions Sustainable Development Goals (SDGs)?

Mahahabisa: Climate change has a huge bearing on the world’s ability to achieve all the set goals in the SDGs. It must be noted that while there is a specific SDGs on climate change, Goal 13 which seeks to take urgent action to combat climate change, it cuts across all the 17 SDGs. We cannot talk about SDGs on food security, health issues, agriculture, forestry to just mention a few without talking about climate change as it has a huge bearing on each country’s ability to achieving SDGs on food security, health and forestry.

All these sectors are affected by climate change and we need to mainstream it in our plans put in place to achieving SDGs.