Floor-crossing a bane for democracy 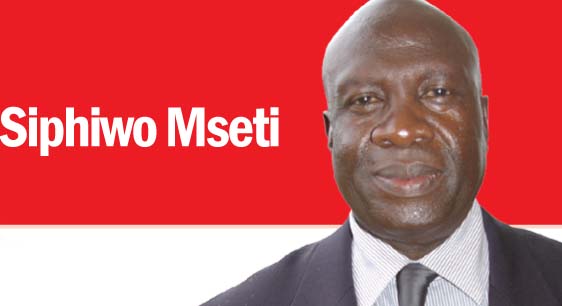 FLOOR-CROSSING in parliament has become a very contentious issue in our politics. The practice has occurred for different reasons such as when a Member of Parliament (MP) has been expelled from a party, not elected into the national executive structures, denied carte blanche within the executive structures or simply defecting to another party, be it from the opposition party to the ruling party or vice-versa as well as forming a new political party.
It’s important that we understand the implications of floor-crossing, beyond just the swelling of the ranks of the party a defector would have joined.

It is not confined to Lesotho, and neither is it a new phenomenon. It started off after this country’s first democratic election when the Basotho National Party (BNP) needed only one vote in order to form a majority in parliament.
A member of the Marematlou Freedom Party (MFP) defected to the BNP and the problem was solved, that is, the BNP had a majority of members in parliament.
Floor-crossing is interpreted differently in other Westminster Parliaments.

For instance, in the United Kingdom, crossing the floor happens when a MP walks across the chamber and votes with the other side, that is, against his party.

In our situation, the ruling party’s MPs, including the prime minister and his cabinet ministers, also sit on the right side of the speaker and straight across the speaker if they have an overwhelming majority, whilst opposition MPs sit on the speaker’s left.

According to our practice, tradition and understanding, an MP is only required to write to the speaker of parliament giving him/her notice of an intention to quit his/her party in parliament, and once the letter has been read, a parliamentarian would then cross the floor, automatically becoming a member of the party of his/her choice.
The most massive defection or floor-crossing we have witnessed in this country was when more than 40 MPs from the then ruling Basotho Congress Party (BCP) joined the newly-formed Lesotho Congress for Democracy (LCD).
The LCD consequently assumed power because of their parliamentary majority.

The second and third floor-crossing antics were performed by the Lesotho Peoples Congress (LPC), which became the official opposition party in parliament, and the All Basotho Conference (ABC) respectively.
The floor-crossing MPs accordingly remained as preferred candidates for their constituencies by virtue of their former endorsement during the previous general elections.

MPs are no longer able to become members of another party while retaining membership of the national parliament and provincial legislature.

The South African situation is different, because the public is represented through political parties’ proportional vote and not through a constituency vote.

Senior Researcher at the Centre for Policy Studies in South Africa, Ibrahim Fakir, says floor-crossing needed to be abolished in South Africa because it eroded the credibility of the legislature and representative political institutions.
He says it was also abused in the scramble for political advantage.

Political parties, especially the ruling party, have to address the floor-crossing issue by amending their constitutions because the matter will invariably create a lot of problems and headaches in the run up to the upcoming local government elections and possibly the general elections.

It may look innocent to accept defectors for obvious political point scoring purposes, but defections in parliamentary nominations can create problems.

The fact remains that floor-crossing poses a threat to the estranged political parties, because it increases parliamentary majority and enables the ruling party to pass laws without much resistance from the opposition parties.

Be that as it may, what will happen to the defectors once parliament closes for elections? How will the parties handle the newly-created arrangement?

Will the parliament follow the South African example and outlaw floor-crossing? Do constitutions of political parties have a clause dealing with floor-crossing?

These are some of the myriad of concerns which political parties have to address in order to avoid long-drawn court battles.

There will be many different interpretations of the law by different law practitioners, just like the allocation of proportional seats fiasco.

Forewarned is forearmed. Be the judge; can floor-crossing necessitate constitutional amendments?
Well, the answer may not be too difficult bearing in mind what is currently happening in the country.
That is, the prorogation of parliament, failure by the prime minister to become chairman of the Southern African Development Community Organ on Politics, Defence and Security Cooperation coupled with the politics of hate that are emerging in our country.