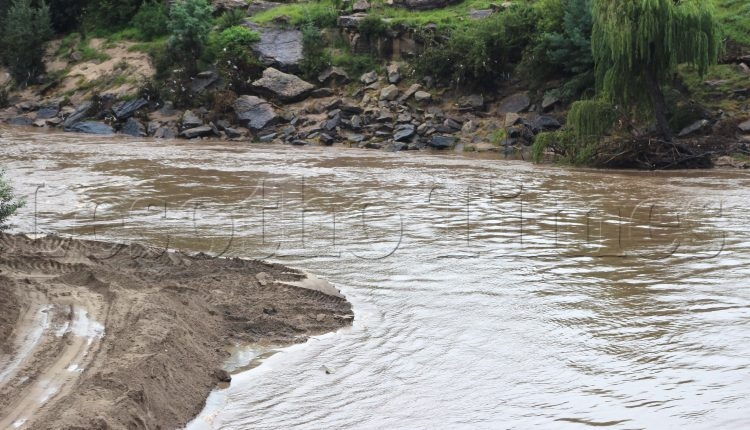 FIVE bodies of Basotho migrants who were attempting to cross into South Africa through undesignated borders have been recovered from the Caledon River from Christmas Eve until 3 January 2021.

Another body of a herd boy whose age is unknown and that of a nine-year old have also been found in Berea.

The Lesotho Mounted Police Service (LMPS) told the Lesotho Times that five of the deceased were swept away by flooded rivers while crossing into South Africa using inflated mattresses and tyre tubes.

The discovery of the bodies come on the back of a surge in the number of Basotho migrants trekking to South Africa after the festive season.

The number of people crossing into South Africa through illegal borders have increased as travellers try to avoid paying money for Covid-19 clearance certificates which are required on entering South Africa.

“So far, seven bodies have been found. Some of the bodies have been identified because they had identification documents on them. Others have just been reported to have drowned and disappeared without a trace,” Snr Supt Mopeli said.

According to a police source, all bodies are said to have been found along the Caledon River.

“On 24 December police got a report that a herd boy had been washed away and to date, his body is still to be found. A nine-year-old boy was also reported to have been washed away by the Mokhethoaneng River in Berea and has still not been found.

“Apart from those, we have received reports of two women and a man who drowned at Maputsoe while attempting to cross into Lesotho and they are still missing. Another body of a man in his 40s was found at Levi’s Nek in Butha-Buthe on 30 December and has been positively identified,” said the police source.

Meanwhile, illegal crossings have led to the arrest of 129 Basotho on 31 December.

SAPS Free State provincial spokesperson Brigadier Motantsi Makhele on Monday said: “One hundred and twenty-nine suspects were expected to appear before the Fouriesburg Magistrate Court charged with contravening the Disaster Management Act Level 3 of 2020 (failure to confine to the residence) and contravention of the Illegal Immigration Act”.

“All 129 suspects are Lesotho nationals and were arrested on Thursday 31 December 2020 at 2am after they illegally crossed into South Africa via the Caledonspoort border without proper documents and without adhering to Covid-19 Disaster Management Act regulations,” Brigadier Makhele said.

Thumbs up for Majoro