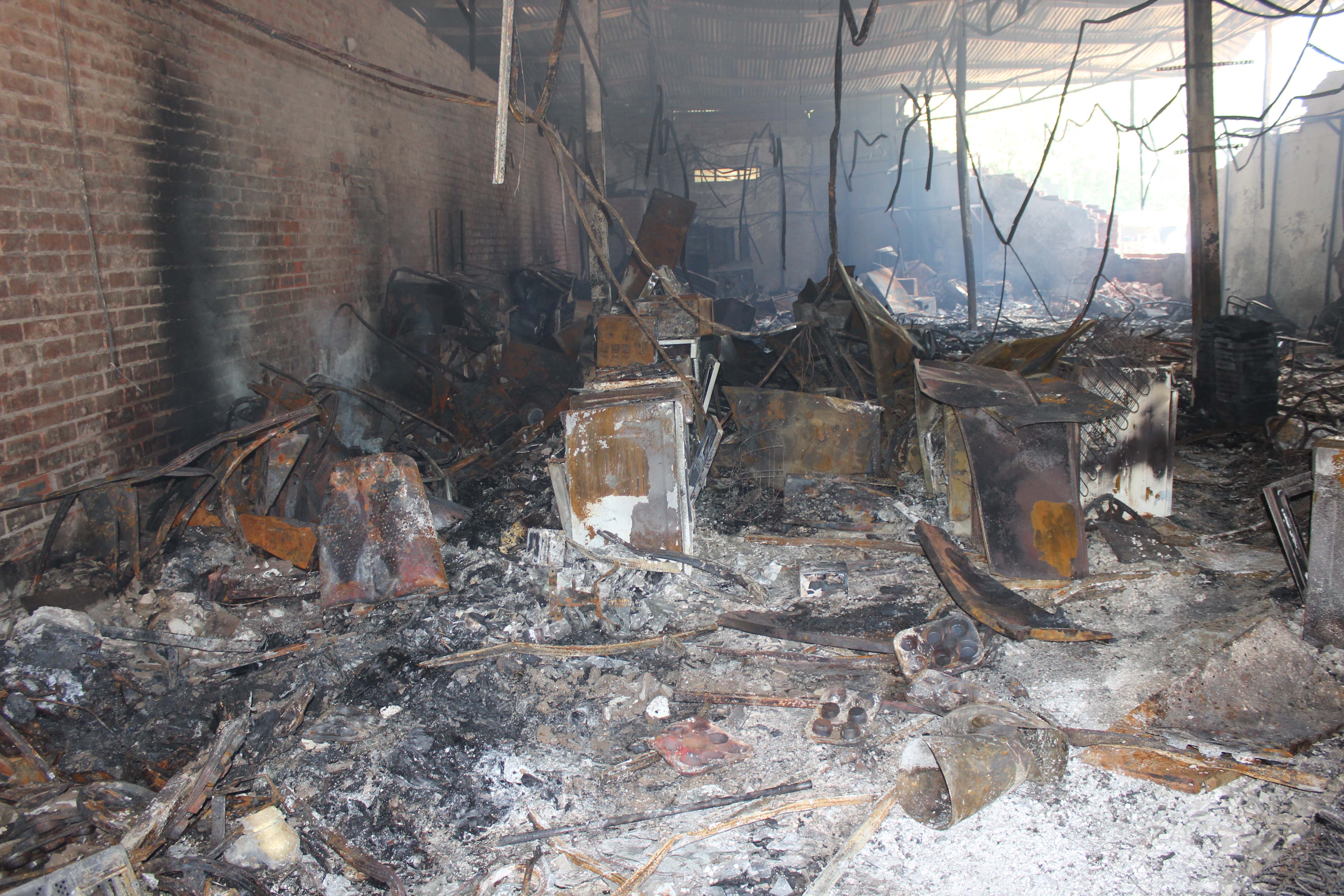 FIRE razed three shops to the ground at the Bus Stop area in Maseru on Tuesday, leaving 10 people stranded and without a place of work.

The three shops traded in furniture, clothing and electrical appliances.

An employee at one of the affected shops said they suspected the fire could have started in one of the nearby shacks on Tuesday night.

“We were told that some of the shacks selling traditional medicines caught fire at around 21:45 hours,” said the security guard who refused to be identified.

He added: “Within an hour the people who were drinking beer behind the shops alerted the security guards that another fire had broken out and this time around it spread to the three shops.”

He said the security guards had to enlist the help of the Lesotho Mounted Police Service (LMPS) fire brigade after failing to put out the fire by themselves.

“At the moment we are unable to disclose the damage in monetary terms or the cause of fire as investigations are ongoing,” Superintendent Molefe said.

Court to decide on DC indaba