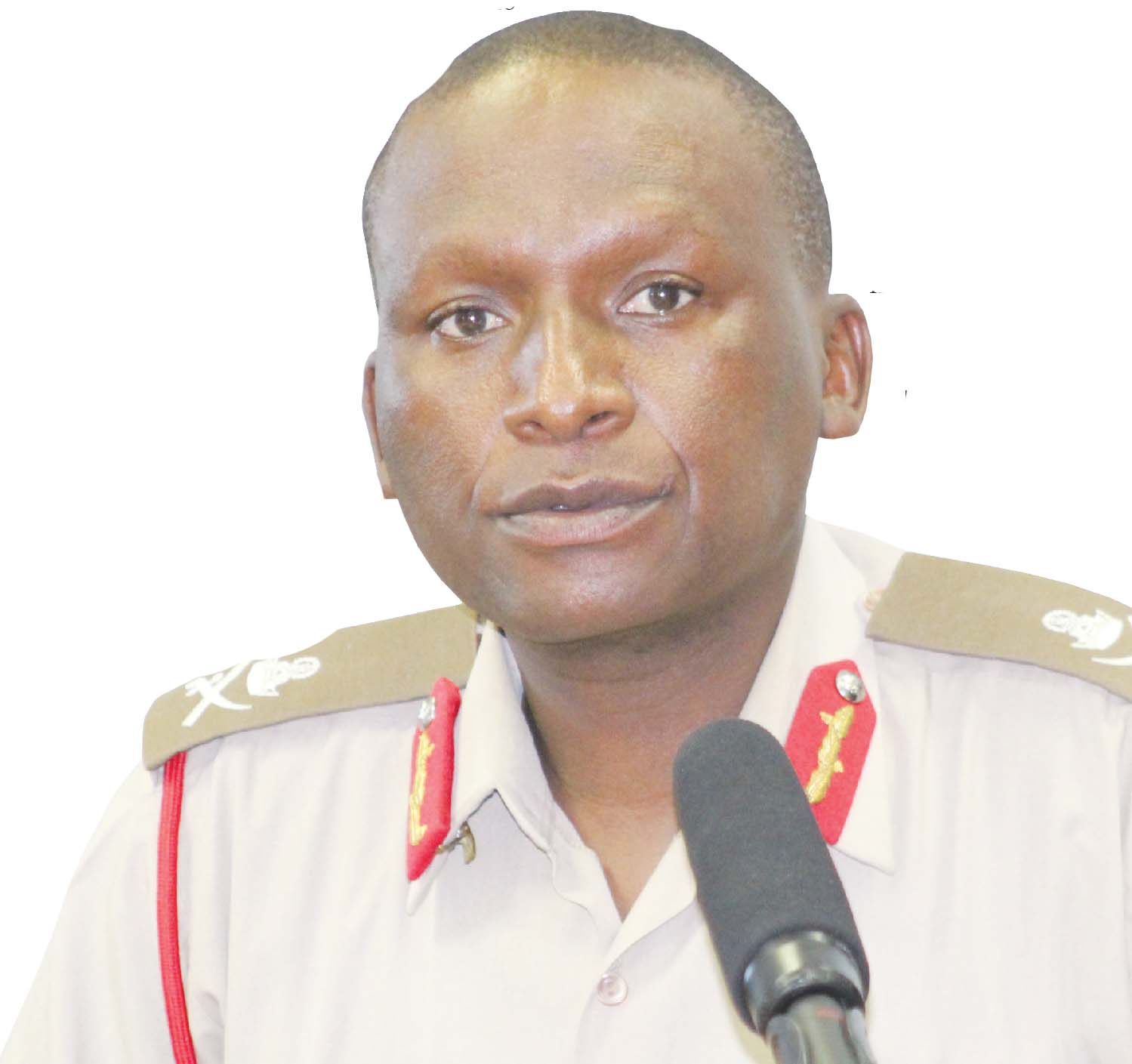 Four LDF members give statements to the police regarding incident which left woman dead and her boyfriend injured.

FOUR members of the Lesotho Defence Force (LDF) have submitted statements to the police, describing what reportedly led to the shooting of a 20-year-old woman and her boyfriend near the Ha Leqele residence of LDF Commander, Lieutenant General Tlali Kamoli on Friday last week.

The woman (name withheld) died on the scene of the shooting, while the boyfriend, Tšepo Jane, 36, is recovering in the Makoanyane Military Hospital.

In the statements, copies of which the Lesotho Times managed to obtain, the four soldiers — a Lance Corporal, two privates, and one 2nd Lieutenant — narrate their version of events leading to the shooting which has left Basotho shaken. According to one of the privates (name withheld), he was on duty on the night of May 9 guarding Lieutenant General Kamoli’s Ha Leqele residence, when a four-wheel drive vehicle approached.
“I was under the supervision of one Lance Corporal and one 2nd Lieutenant that night. I had a 30 bullet loaded AK47 gun with serial number …. At around 12 midnight, a 4×4 white twin-cab with tinted windows and bearing the …number plate, and driving at very high speed, came towards rental residences near Kamoli’s home.

“The car reduced speed facing Kamoli’s gate, and lighting me and the Lance Corporal who was with me outside the guardroom. We requested the driver to switch off the lights, instead, the car took off at high speed. We followed the car and before it reached a corner not so far away from the gate, we shouted and asked the driver to stop and come out of the car but he did not.
“The car then stopped and as I walked towards it, I asked the driver and the passenger to come out of the car but they refused. I requested them to come out of the car again but they still did not come out.
“My colleague shot at the ground as an indicator that we were going to shoot them if they did not respond to our request. We later shot at the car when they refused to come out following the alerting shots.”
The Lance Corporal, whose name is also known to the Lesotho Times, wrote a report almost similar to the one above, with the only major difference being the gun he was carrying on the night in question.

However, the other Private (name withheld) notes he was not present when the shooting took place. He wrote: “On the night of May 9, I was guarding the home of the LDF Commander under supervision of one L/Cpl and 2nd Lt.
“I was using a 30 bullet loaded AK47 gun bearing serial number… that night. Between 0025 and 0030 hours, I heard gunshots not far from the home of the LDF Commander.
“I was in the guardroom at the time and immediately came out of the room, heading to where the sounds were coming from.
“I met my colleagues at the scene and they briefed me about the incident of the shot van, which I also witnessed had been shot.
“We then called our authorities at Makoanyane Barracks and upon their arrival, we took the victims out of the van and rushed them to Makoanyane Hospital for medical assistance.”
The 2nd Lieutenant, who was in charge of the three officers that night, also gave a version of the night’s events.
“At around 0015 hours, one Lance Corporal called me and told me that there was a suspicious white 4×4 near the LDF Commander’s home and that resulted in the shooting of the van.
“Immediately, I rushed to the scene with one Corporal and when we arrived at the scene, we saw a white twin-cab van leaving the scene and we were told that it was the LDF Commander’s car.
“I was supposed to take them to the Thamae Police Station and report the incident but due to the call of their duty, I decided to report on their behalf.
“I was then given a number, 168, from the Occurrence Book and told that we will be told when to report again to the police.”
Meanwhile, according to an authoritative source, the twin cab had 123 bullet-holes, but the police only recovered seven shells at the scene of crime.

The source said the girl sustained 10 gunshot wounds and was pronounced dead on arrival at Makoanyane Hospital.
According to the source, Jane allegedly explained to the police that he visited his colleague living near Lt General Kamoli’s home, but made a U-turn when he realised his friend’s car was not there.
“The man said he was smoking a cigarette while driving and when he turned the car, his cigarette dropped to the floor of the vehicle. The man said he then stopped the car and switched on the inside light to pick up his cigarette.
“The man said he suddenly felt excruciating pain in his left thigh, but was not aware of what was happening until he heard gunshots.
“He said he felt helpless as he opened the car door and tried to come out. He also said he had to roll out of the car as his thigh could not allow him to walk out due to the pain.
“Rolling out of the car, he said he then rolled under the car, leaving his girlfriend screaming out for help. He said he no longer heard his girlfriend screaming and assumed that by that time she was already dead.
“The man said he then noticed a man wearing army uniform coming towards his car, and he screamed out for help but the man fired at him. That is when he sustained the arm injury. He said he was forced to stop screaming and the man left.
“The man said following the shots, some unknown men came to his rescue and drove him to Makoanyane Hospital for medical assistance”.
Contacted for comment yesterday, Jane said he suspected the shooting was an accident.
“I was not armed and I take the incident as an accident,” he said.
Jane denied allegations that his family tried to discharge him from the hospital fearing his life could be in danger.
“I am treated like any other patient in this hospital and so far, I am convinced that I am in safe hands,” Jane said.
Jane further said the doctors attending him said he would only be discharged when they are confident his bones are in a good and healthy position.
The injured man also said he was not sure who would take care of his hospital bill, adding he was just concentrating on getting better.
Asked about the shooting incident, Police Spokesperson, Lebona Mohloboli said investigations were in progress.
“LDF officers reported the case to Ha Thamae Police Station and investigations are in progress,” Senior Inspector Mohloboli said, adding no suspects had been arrested.

Why PS killed himself