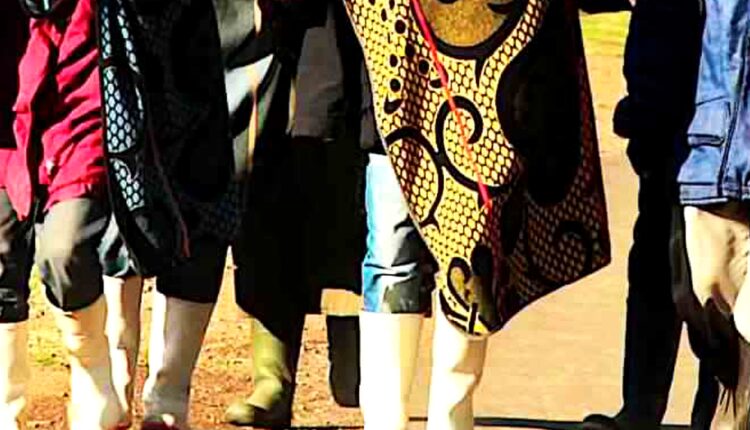 RAMPAGING Famo gangs continue to cause untold suffering to innocent villagers in Ribaneng, Mafeteng where they have declared some places ‘no-go’ areas for villagers, health workers and teachers.

Health workers say expectant mothers are now forced to give birth at home out of fear that they might be attacked on their way to health centres to seek pre-natal services.

Learners have also been forced to drop out of school after being initiated into violent Famo gangs. The situation has been aggravated by the fact that the gangs enjoy the support of politicians, chiefs and some influential community members, it has emerged.

Speaking at a recent multi-stakeholder Peace Building and Social Cohesion Dialogue in Ribaneng, some health workers said the marauding rival gangs, who are fighting turf wars, had set boundaries to prevent villagers from crossing the Maphokoane River to the nearest health post on the other side.

The meeting was organised by the Christian Council of Lesotho (CCL) and the Catholic Commission for Justice and Peace (CCJP), with the support of the United Nations Development Programme (UNDP). It was aimed at finding ways of preventing and managing conflict in Ribaneng, one of the areas most affected by Famo gang violence.  The CCJP and the UNDP have partnered to establish and support district peace committees to better respond to the scourge of violence.

During the dialogue, a health worker who requested anonymity for fear of reprisals said violence and killings by the Famo gangs had severely affected the delivery of health services in the area.

She said some pregnant women were now shying away from health centres because they are afraid of being attacked by the marauding groups. Due to the fact that some women have resorted to delivering their babies at home, their lives of the women and their unborn babies were now at risk of severe health complications, the health worker said.

“The feuding Famo gangs have set boundaries to prevent community members from crossing the Maphokoane River to seek services at a health post on the other side. This includes expectant mothers who need to attend routine checkups until their due dates of delivery,” she said.

Teachers have also been caught in the middle of the violence caused by trigger-happy Famo groups notorious for cold-bloodied killings.

Some teachers narrated harrowing stories of how learners have been forced to skip or completely drop out of school due to the violence.

They said some learners easily give in to the temptation of joining the gangsters due to the extravagant and showy lifestyles of some of the gangsters who work as illegal miners in South Africa and come back flashing money and other things.

One of the teachers, ‘Matilala Fuufu, said there was a high dropout rate in schools in Ribaneng and surrounding areas.

Apart from being attracted to the flashy lifestyles of gangsters, learners were also dropping out because of the violence of the gangs, Ms Fuufu said.

“Some learners drop out because they envy their seniors who drive cars bought with the proceeds of illegal mining activities in South Africa. Others drop out due to the violence of the gangsters. Due to the violence and consequent absence of peace in communities, learners no longer see the importance of coming to school,” added Ms Fuufu.

Unfortunately, some female learners were now dropping out of school in the hope of marrying some of the gangsters to escape grinding poverty, she said.

“Some of the learners easily acquire guns and other weapons which they use to tack or threaten people,” she added.

Another unidentified speaker said early marriages were a huge challenge because some of the gangsters often died early leaving their pregnant wives with the burden of fending for their children alone.

Another speaker said that it was not easy to deal with the Famo music gangs as they enjoyed support from some community leaders and politicians.

“Some chiefs and other community leaders partake in the activities of these gangs and protect them. They don’t report them when they commit crimes. Some members of the security agencies are also part of these gangs and they choose not to attend to crime scenes even when they have been tipped off.

“We need a professional police officers who will collaborate with their South African counterparts to flush out gangsters who often hide in the neighbouring country after committing crimes in Lesotho, the speaker said.

On his part, Matelile police commander, Inspector Michael Matlosa, said although violence remained a challenge, there had however, been an overall decrease in crime in the area this year.

“Generally, when we compare these statistics to previous years, there has been a sharp decline in crime since the establishment of the Ribaneng Peace Making Committee this year. It has made positive impact in reducing crime in the area,” Inspector Matlosa said.

He thanked the Lesotho Defence Force (LDF) for lending their support in fighting crime.

He however, bemoaned the fact that despite the “outstanding” community policing, people were still afraid of reporting crime for fear of reprisals by the Famo gangs.

“We do have even a single vehicle to attend to any tip-offs or crime scenes,” Inspector Matlosa said.

He said that the presence of Famo gangsters was preventing children from going to school because they were recruited to the gangs at an early age.

Politicians’ support for gangsters also hampered the police’s work in dealing with the gangsters, he said.

Ms Mukwashi said it was saddening that the violence was affecting teachers and learners, thereby disrupting the education sector.

“I have learned that young people are often forced to illegally cross the border to look for jobs in South Africa,” Ms Mukwashi said.

“Unfortunately, when they come back there is no peace because they would have been initiated into violence.

“I have learned that some police officers also support these gangs. These people that we are talking about are not strangers in our communities. They are children from Ribaneng, born and bred here. If there is no peace in homes and communities, there is no place where people can be safe.

“There are several big questions that have to be answered here. Have the young people been let down? Have they been deprived of a chance to experience peace in their life time? Have they grown up in a community of conflict? And if that is the case, how are we going to claim our young people and our society? How are we going to restore peace in homes, in schools and at initiation schools that I did not hear anybody talk about?”

Ms Mukwashi pledged to take up the issues raised by the community with the government.

She said going forward, discussions should focus on how to create jobs for young people in the area so that they are not tempted into crime to survive.

Mob justice is wrong, but the judiciary must shape up: Vox Pop