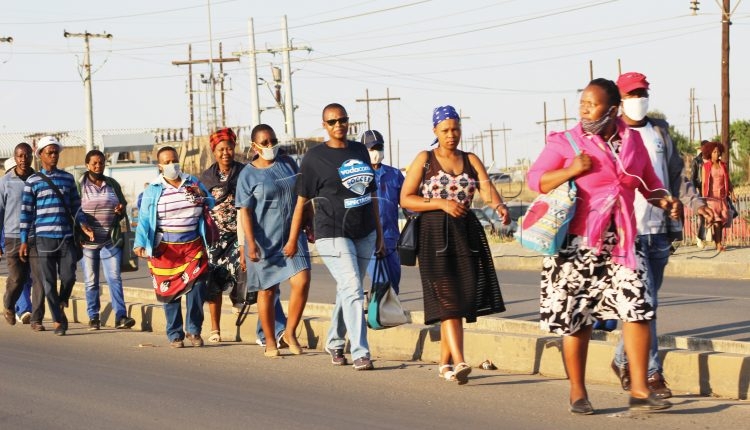 MOST factory workers have ended their three-week-old strike and returned to work after their employers threatened to fire them.

They returned to work this week after the Lesotho Textile Exporters’ Association (LTEA) issued an ultimatum for them to go back to work or face dismissal. The LTEA groups together owners of textile companies in the country.

The workers had been on strike since 10 May 2021 to press for wage increments. They say they need the increments to help them cope with the sharp increase in the cost of living since last year. They last got wage increments in the 2019/2020 financial year.

The government failed to gazette new wages last year after employers and workers sharply differed on the new minimum wage. The workers were demanding a 20 percent increment while the employers were only prepared to offer a six percent hike.

The Labour and Employment Ministry is currently mediating between the two sides.

Prime Minister Moeketsi Majoro had last month appealed to workers and labour unions to abandon the strike and return to work. He promised that a new minimum wage gazette would be published by 16 June 2021. However, his call for an end to the job action largely went unheeded with unions saying they had lost control of the angry workers.

Only a few workers had reported for duty by last week and those who did risked the wrath of their colleagues for “selling out”. A video of a woman being beaten by two men at the behest of a fellow woman for allegedly going back to work in violation of the strike went viral last week.

Faced with the ongoing job action, the LTEA threatened to dismiss those who continued to stay away from work.

“You have been participating in an illegal protest and/or strike from 10 and 14 May 2021 to date and you have failed to report for work since then,” the LTEA stated.

“The employers under LTEA are requesting all their employees to report back to work on Monday 7 June 2021 at 7am. All employees who fail to report to work in line with this ultimatum will be dismissed in accordance with the rules and regulations of each company.”

The unions this week said the workers were rattled by the ultimatum.

Apart from fear of being sacked, workers are worried that they will not earn anything this month if they remain at home since the factories have adopted the no work, no pay principle.

“Many workers have gone back to work as a result of the LTEA’s ultimatum. We are just surprised that the ultimatum had to be issued by the LTEA, which has no legal standing in dealing with employee issues.

“The employers should engage their respective workers directly instead of using their union, the LTEA. This shows just how desperate the employers are,” Mr Senohe said.