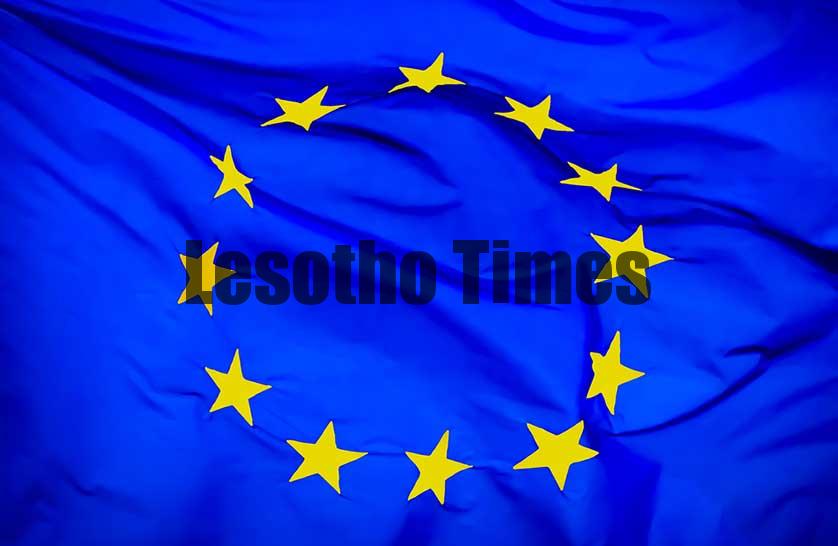 THE European Union (EU) has thrown its weight behind the recent agreement between the government and the opposition to suspend criminal proceedings against former Deputy Prime Minister Mothetjoa Metsing and other politicians until after the completion of the multi-sector reforms process.

EU Ambassador Christian Manahl yesterday welcomed the deal, saying it was a temporary measure that was necessary “to break a vicious circle of violence and revenge and to give time for a negotiated solution of a conflict”.

Three weeks ago, the government and the opposition signed a deal meant to pave the way for the return of exiled opposition leaders to participate in the processes towards the implementation of the multi-sector reforms. The exiled leaders include former Mr Metsing, the deputy leader of the LCD, Tšeliso Mokhosi and the leader of the Socialist Revolution (SR) Teboho Mojapela.

Also expected to return are former police commissioner Molahlehi Letsoepa, former Director of the National Security Services (NSS), Tumo Lekhooa; Assistant Superintendent Bereng Ramahetlane who is an officer with the Lesotho Correctional Service and Mr Lebohang Setsomi who was head of procurement at the Lesotho Mounted Police Service.

Among other things, clause 10 of the agreement states that “Mr Metsing and similarly placed persons in exile will not be subjected to any pending criminal proceedings during the dialogue and reforms process”.

This did not go down well with the families whose relatives were killed allegedly at the hands of security forces during the time that Mr Metsing and other opposition parties were at the helm of government.

The families are adamant that the government must be stopped from implementing clause 10 of its agreement with the opposition.

Yesterday they filed a court application to interdict the government against implementing the clause, arguing that it was unconstitutional in as far as it seeks to protect politicians from criminal prosecution at least until after the reforms process.

However, Mr Manahl insisted the agreement was necessary for the success of the reforms challenge. He even welcomed the court challenge against the government-opposition deal, saying “it is actually a welcome opportunity to clarify some questions that have come up in the public about the scope of clause 10”.

“On 16 October, the government and the opposition signed a memorandum of understanding which has brought everybody back to the negotiating table and which spells out a number of important principles and commitments for the ongoing dialogue,” Mr Manahl said.

“I am aware that clause 10 of this agreement has been challenged in the constitutional court. But we should not be too worried about this legal challenge; it is actually a welcome opportunity to clarify some questions that have come up in the public about the scope of clause 10. Clause 10 is not an abrogation of justice.

It proposes a temporary suspension of criminal proceedings to facilitate the political dialogue on the reforms. I expressed my own opinion on this matter already a year ago, when I suggested a moratorium on politically sensitive prosecutions. My proposal also raised questions and objections, so perhaps this is a good moment to explain myself: A moratorium is not an amnesty; it does not dispense with justice.

“It is a temporary measure in order to break a vicious circle of violence and revenge and to give time for a negotiated solution of a conflict. Our first priority should always be to prevent new violence which causes new victims. The legitimate grievances of past victims must not be ignored, if sustainable stability is to be achieved. But it does not help if expeditious retribution breeds bitterness and brings the risk of causing new victims in the future. The art of successful conflict management often relies on careful timing of interdependent processes.

In a situation of recurrent instability and violence, as Lesotho has experienced during several decades, retribution should be balanced with reconciliation. This means complementing formal court proceedings with a social dialogue that involves disclosure, forgiveness, and reconciliation. Formal justice and such a social dialogue are not alternatives, they can be parallel and mutually reinforcing processes.”

“In politics, there is a time for competition and there is a time for cooperation. Now is not the time for breaking and making coalitions. Now is the time to focus on the structural reforms and to engage in a process of social reconciliation. It is a time when the quality of leadership does not lie in outsmarting your competitors but in transcending personal and party interests and in working together constructively for a brighter future of all Basotho.

It is also a time to build a legacy that will define your country for generations to come, so that you all will be remembered as you today remember the skills, the wisdom, and the magnanimity of the founding father of this nation, King Moshoeshoe I.”

He assured Lesotho of the EU’s support throughout the reforms process.

“We shall support you during this difficult first phase of the dialogue which should lead to key decisions on the structures and institutions that can sustain a stable and prosperous Lesotho. And we shall support you in the implementation of these decision in the months and years to come. The Lesotho you want is within reach. Don’t let it slip away,’ he added.