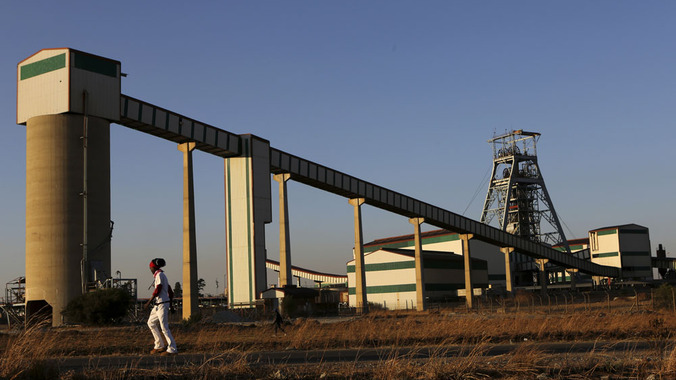 Rescue workers have reached eight miners who took refuge from a fire at Harmony’s Doornkop gold mine in the west of Johannesburg, but nine miners remain unaccounted for.

“The company is pleased to advise that rescuers have reached the eight employees located in the underground refuge bay, and are bringing them to surface,” said spokesperson James Duncan.

“Efforts continue to establish the whereabouts of a further nine employees who are currently unaccounted for.”

Rescue teams had to battle through smoke and debris at a depth of 1 700 metres to reach the eight miners, who had managed to flee to a refuge bay equipped with a telephone and other survival items.

The National Union of Mineworkers said the fire broke out on Tuesday evening after an earthquake that damaged ventilation and water pipes as well as power cables.

“The damage to the electric cables triggered the fire underground, which is still burning,” it said.

“Rescue teams were immediately dispatched underground but access to the affected area was hampered by smoke and a subsequent fall of ground,” said Duncan.

Operations at the mine were suspended and chief executive Graham Briggs cancelled a presentation he was to give at an industry conference in Cape Town to fly to Johannesburg to oversee the rescue effort. – Reuters, Sapa