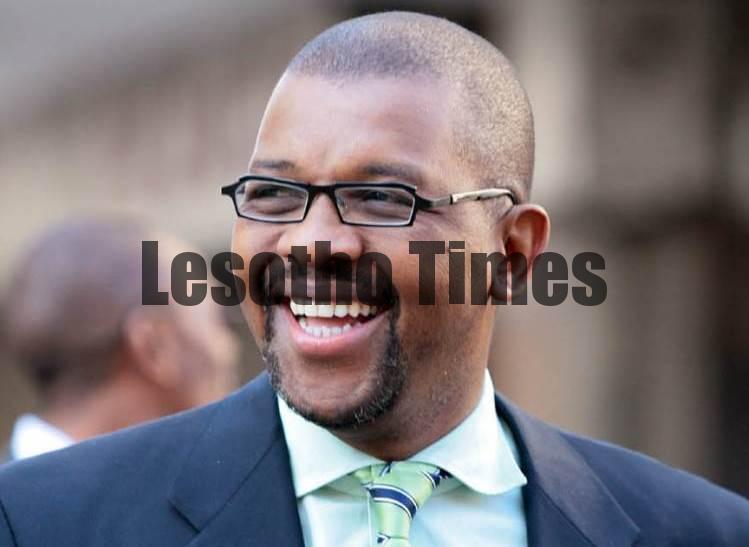 PRIME Minister Thomas Thabane’s government is pulling out all the stops in its quest to win its court battle with Chief Justice Nthomeng Majara. It has roped in renowned South African lawyer and politician Dali Mpofu to head its legal team.

Attorney General (AG) Haae Phoofolo this week confirmed that the government had appointed Advocate Mpofu as the senior counsel in its case against Justice Majara.

Justice Majara has petitioned the High Court for an order to interdict Dr Thabane from recommending the appointment of a tribunal to impeach her over a plethora of misconduct allegations.

She filed the court application after Dr Thabane wrote to her on 27 April 2018 and asked her to ‘show cause’ why she should not be suspended and impeached over several misconduct allegations which include her alleged failure to preside over cases for two years.

Justice Majara is also accused of incompetence resulting in a huge backlog of cases at the High Court which some judicial officers say is as high as 4000.

Dr Thabane further accuses the chief justice of contributing to the paralysis in the judiciary by failing to take the appropriate disciplinary and punitive measures against her subordinates who neglect their duties to speedily hear cases.

However Justice Majara, who is represented by Advocate Qhalehang Letsika KC of Mei & Mei Attorneys, fought back by filing a court challenge against Dr Thabane last month.

Dr Thabane, the Minister of Law, Lebohang Hlaele and the Attorney General, Haae Phoofolo are cited as first to third respondents respectively in Justice Majara’s lawsuit.

Justice Majara petitioned the court to order that “the government under the supervision of the first respondent (Dr Thabane) has contravened the constitution by requiring and/or demanding the resignation of the applicant as Chief Justice of the Kingdom of Lesotho”.

In her supporting affidavit, Justice Majara said she had been left with no choice but to seek legal relief “after all my efforts to resolve this matter amicably proved futile”.

She suggested that Dr Thabane only penned the ‘show cause’ letter and decided on the legal route of advising His Majesty to suspend her and appoint a tribunal after his “unlawful attempts” to remove her from office through “coercion” had failed.

“The government has appointed Advocate Dali Mpofu as a senior counsel to represent it in the case against Chief Justice Nthomeng Majara,” Adv Phoofolo told the Lesotho Times this week.

He added: “We have already briefed him on the case and he will come and argue the case on behalf of the government.”

Another government source who spoke on condition of anonymity told this publication that Adv Mpofu was involved in preparing the government’s heads of arguments in the case against Justice Majara.

“We engaged him (Adv Mpofu) to head our legal team and he is tasked with preparing the heads of arguments among other things,” the source said.

Adv Mpofu is an experienced lawyer who was a member of the ruling African National Congress (ANC) until 2013 when he joined the Julius Malema-led Economic Freedom Fighters (EFF) party as its national chairperson.

Adv Mpofu has handled a number of high profile cases including the much publicized 16 August 2012 Marikana Massacre in which dozens of miners were shot dead.

More recently in March this year, Adv Mpofu successfully represented South African cricketer, Kagiso Rabada, in his fight to overturn a ban that had been imposed on him by the International Cricket Council. Rabada had been banned for making intentional physical contact with Australian batsman Steve Smith in a test match between the two countries.

The University of the Witwatersrand-trained Adv Mpofu is currently representing Cape Town Mayor Patricia de Lille in her fight against the decision by the Democratic Alliance to strip her of her membership of the opposition party.  Ms de Lille won the case yesterday.

Meanwhile, the government is demanding that Justice Majara recuse herself from allocating judges to hear her case against Dr Thabane as she is an interested party.

Justice Majara’s involvement in the allocation of judges “would not accord well with the proper administration of justice”.

Adv Phoofolo said it was a simple matter for Justice Majara to allocate cases to High Court judges where she was not a party to the litigation.

“But now that she is a party to the proceedings (against Dr Thabane) my respectful view is that it would not accord well with the proper administration of justice if she is the one who does the allocation of her own case. She cannot even delegate her powers to a judge who is junior to her,” AG Phoofolo said in the letter dated 13 June 2018.

He added: “The constitution under section 120 (4) would appear to provide a solution to the problem. However, I see it as appropriate if her ladyship would meet with the Honourable Prime Minister to amicably thrash out this issue which is causing concern to the government.”