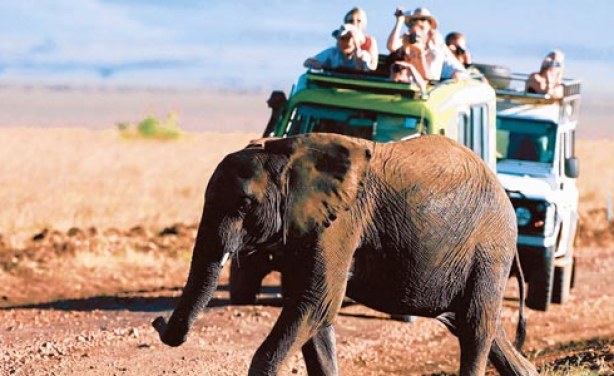 SAFARI tents remain zipped, hotel pools are empty, game guides idle among lions and elephants. Tour operators across Africa are reporting the biggest drop in business in living memory. A specialist travel agency, SafariBookings.com, says a survey of 500 operators in September showed a fall in bookings of between 20 percent and 70 percent. Since then the trend has accelerated, especially in Botswana, Kenya, South Africa and Tanzania. Several American and European agents have stopped offering African tours for the time being.

The reason is the outbreak of the Ebola virus in west Africa, which has killed more than 5 000 people. The epidemic is taking place far from the big safari destinations in eastern and southern Africa — as far or farther than the homes of many European tourists (see map). There are more air links from west Africa to Europe than to the rest of the continent, whose airlines have in any case largely suspended flights.

Moreover Ebola is hardly the biggest killer disease in Africa (AIDS and malaria are bigger). Yet, in the mind of many visitors, all of Africa is a single country. One despairing tour operator calls it an “epidemic of ignorance”.

Directly and indirectly, tourism accounts for almost 10 percent of sub-Saharan Africa’s GDP and pays the salaries of millions of people. The industry is worth about $170 billion a year. In 2013 more than 36m people visited Africa, a figure that had been growing by 6 percent per year. Now many safari lodges are closer to extinction than the animals that surround them. Redundant workers might eventually turn to poaching.

Fear of Ebola is growing among Africans, too. Morocco said it would not host the African Cup of Nations, the premier football event on the continent, due to start on January 17th. Morocco had sought a year-long postponement, citing the danger of the virus spreading at large gatherings. Miffed, the Confederation of African Football barred Morocco, which has not had a single Ebola case, from the tournament. The three worst-affected countries—Liberia, Sierra Leone and Guinea—have not, or not yet qualified. Organisers are scrambling to find an alternative host. African football may be the next victim of Ebola.

Meanwhile, maritime trade in Africa has been adversely affected by the Ebola outbreak in West Africa.

Pan African Association for Port Cooperation executive secretary Michael Luguje told a conference in Kwale County that the negative impact of the disease on business, maritime transport and ports could not be overemphasised.

“While some countries initially banned vessels from Ebola-affected countries from calling at their ports, others instituted measures that caused much delay to ships,” he said.

According to him, the decline in trade involving West African countries has a domino effect.

“Sierra Leone has already reported a 30 per cent decline in the economy as a result of the crisis,” he said on Tuesday.

Mr Luguje said the port of Conakry (Guinea) had posted a drop in cargo traffic in the 2nd and 3rd quarters of this year.

He noted that economic and trade reports since 2007 indicated that Africa’s real GDP growth had averaged five per cent per year making the continent the world’s second-fastest-growing after Asia.-Economist/Nation