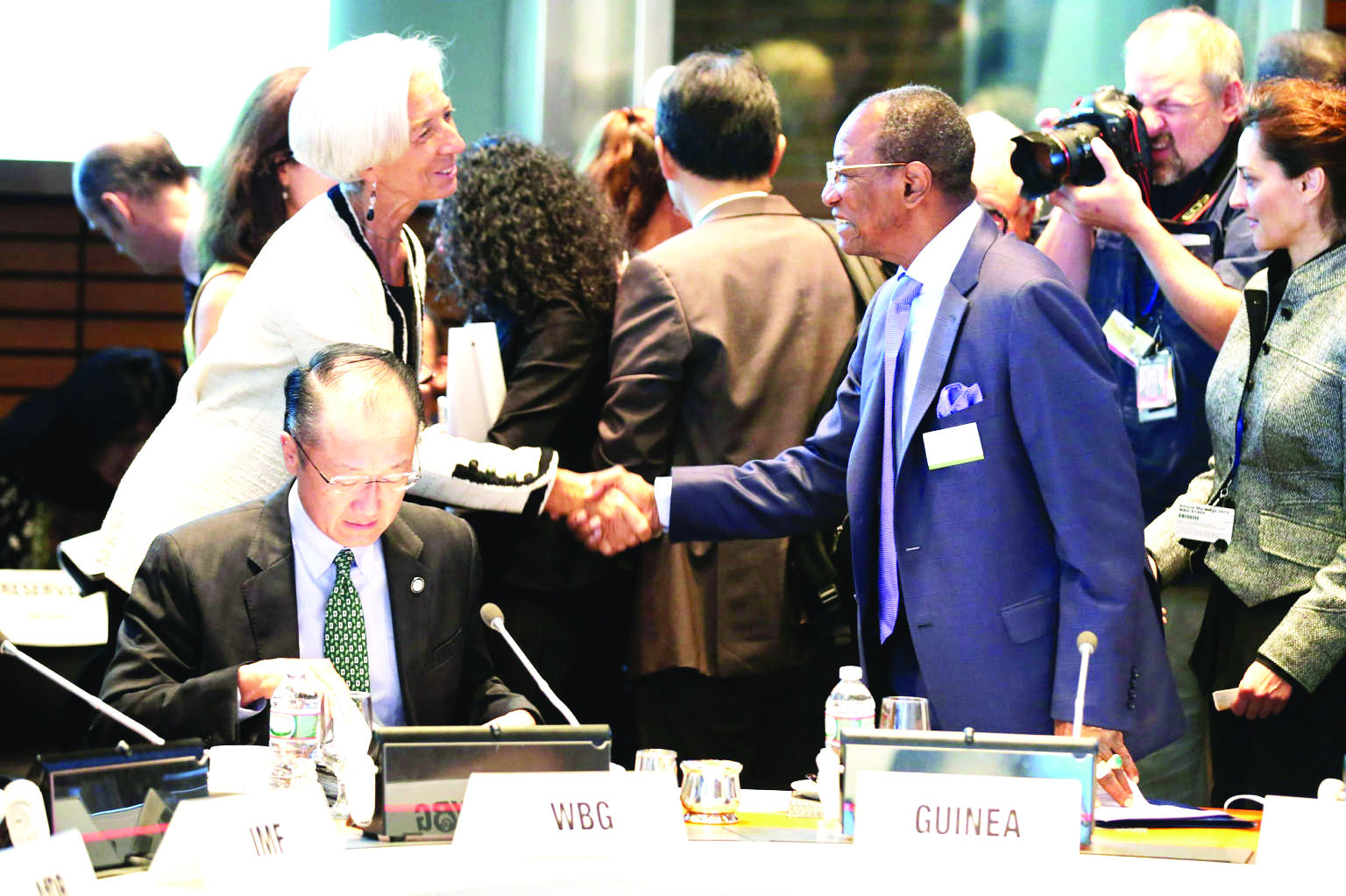 THE EBOLA outbreak in West Africa was pushing economies in the region to breaking point and billions of dollars were needed to offset the economic damage wrought by the virus, Guinean President Alpha Conde has said.

Guinea needed about $1.2 billion (M13bn) to combat the virus and for budget support following the death of 800 people in the country, Mr Conde  said at the weekend. Neighbouring Sierra Leone required as much as $1bn for similar reasons, Finance Minister Kaifala Marah said.

“We wish the panic would stop,” Mr Conde said, referring to the isolation Ebola-stricken countries faced as borders were closed to curb the spread of the disease. “In combating Ebola, we risk creating an even worse evil, namely breaking African economies.”

Ebola has killed more than 4 000 people in five countries in West Africa since the virus was found in Guinea’s eastern forest region in December.

Emirates Airline, British Airways and other carriers have scrapped flights to Guinea, Liberia and Sierra Leone.

West African economies would lose as much as $32 billion because of the outbreak, throwing Guinea and Liberia into recession, the World Bank said last week.

Guinea requires funds to build 15 Ebola treatment centres before the end of the month. The country currently has two such facilities. Helicopters might also be necessary to circumvent bad roads, Mr Conde  said.

“The sooner the disease is stopped, the fewer economic consequences there will be,” he said. “What we have received so far is not nearly enough.”

Sierra Leone needed aid to cover the cost of fighting the hemorrhagic fever, paying for imports, and replacing the revenue lost because of the economic slowdown in the country, Marah said.

“We are a fragile state,” he said. “We are crunching the numbers to see what should be done: Should we make cuts? Should we suspend some development projects? We have no choice.”

The government had adjusted its growth forecast to between 7 percent and 8 percent this year, he said. That compares with an estimate earlier this year of 14 percent, more than double the sub-Saharan African average.

Sierra Leone’s two largest iron ore companies are on the verge of collapse, threatening about 16 percent of the economy. African Minerals, the largest contributor to the economy, has slumped 92 percent this year.

London Mining is down 96 percent as the Ebola outbreak has deterred potential investors for its iron ore mine.

Meanwhile, International Monetary Fund (IMF) chief Christine Lagarde on Saturday pleaded with people to remember that all of Africa has not been hit with the deadly Ebola epidemic, which remains relatively isolated in three countries.

With those three West African nations – Sierra Leone, Guinea and Liberia – already seeing their economies crumble because of the disease, Lagarde emphasised: “We should be very careful not to terrify the planet in respect of the whole of Africa.”

“These three countries are severely hit. We are going to try to give them as much support as we can; the big urgency is to stop it, contain it.”

“But it’s not the whole of Africa,” she stressed.

“Businesses have to continue, the economies of all the others countries have to keep on working and creating jobs.”

To underscore the message, Lagarde was wearing a large button on her lapel declaring “Isolate Ebola, Not Countries”, which was given to her by Guinea’s President Alpha Conde.

The call came as the annual meetings of the International Monetary Fund and World Bank were wrapping up in Washington.

Ebola was singled out as a pressing threat during the meetings, and both institutions pressed the world for stronger, faster efforts to combat the disease. – Bloomberg