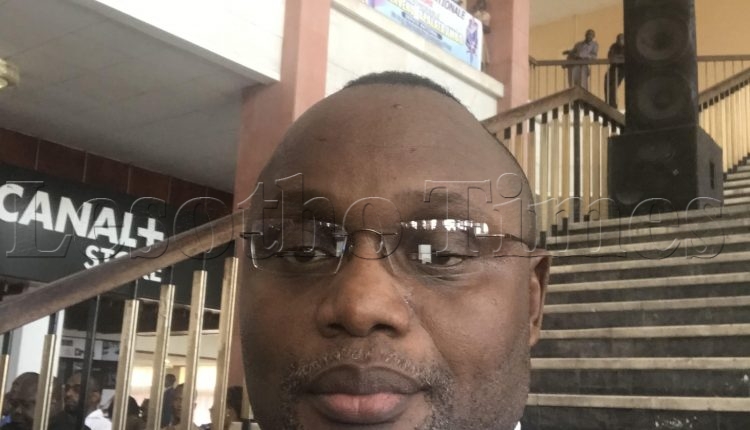 WINDHOEK, NAMIBIA – The Democratic Republic of Congo (DRC) and Malawi have been elected chair and vice chair, respectively, of the recently-constituted Regional Parliamentary Model Laws Oversight Committee (RPMLOC) of the SADC Parliamentary Forum.

This happened as the regional inter-parliamentary body acted towards ensuring that the region’s citizens benefit meaningfully from development of regional soft laws, which are arguably immensely persuasive. Model laws are typically developed in line with international human rights law and international best practice.

The RPMLOC held its virtual meeting on 25 September and unanimously elected DRC lawmaker Andre Leon Tumba (pictured above) as its chair for the next two years. Malawian legislator Bertha Ndebele shrugged off a challenge from Mozambique’s Jeronima Agostinho to garner 60 per cent of the vote and land the post of vice chairperson.

The Committee’s mandate is to inter alia monitor domestication of SADC Model Laws by SADC Member States; facilitate awareness on specific issues in model laws by engaging with appropriate authorities, grass-roots and community-based organisations and the private sector, including the media; and encouraging  appropriate authorities of Member States and other relevant stakeholders to build an evidence-based information and data system on the various thematic areas, including documentation of good practices and the production of disaggregated data on the various interventions.

In an interview, Tumba said being elected to the helm of the RPMLOC meant a lot to him and the DRC.

He said: “The election is clearly cause for hope and pride. As you know the DRC has shown signs of democracy during our last general election. We witnessed power transfer between the new president and the former president. SADC PF can count the DRC to make it shine.”

He said he hoped that the RPMLOC’s meetings would be planned effectively, conducted in line with the SADC PF Constitution and that “all matters are dealt with in an orderly effective manner” while Committee Members use their “qualities, skills and knowledge” to support the Committee’s work.

Tumba, who has a legal background, urged SADC MPs to support efforts “to fully or partially domesticate” provisions of model laws to buttress their national laws.

He said: “Lawmakers may follow the model laws’ specific guidance to create new comprehensive national laws that encompass all the areas in the model laws, while adapting relevant provisions to suit the national contexts. National legislatures may also review existing legal frameworks and draw from different parts of model laws to amend specific existing laws to align with standards set by the model laws.”

Ndebele said her election had raised her profile and presented “a great opportunity for Malawi to benefit a lot” from participation on the RPMLOC.

She said: “Parliaments and MPs should support tracking and domestication of model laws through liaising with their line ministries and reporting progress to the RPMLOC. We have model laws that were formulated but lack enforcement.”

SADC PF Secretary General, Boemo Sekgoma, concurred and expressed disquiet over “a wide gap between international law adopted by Member States including through the adoption of model laws, and domestic law at national level”.

She noted: “Due to the principle of dualism in SADC Member States, the legal provisions adopted at international level do not find any application at national level despite instruments of ratification or accession duly made and deposited with the relevant authorities.”

Sekgoma said domestication and incorporation of legal norms at national level could ensure application and enforcement.

She revealed that only Chairpersons and Vice-Chairpersons of thematic Committees of SADC PF and the Regional Women’s Parliamentary Caucus (RWPC) were members of the RPMLOC.

She commended national parliaments for seconding staff to support the work of the Committee.

On the potential of the Committee, she said: “The RPMLOC can, with the right guidance and leadership, achieve wonders and become a prominent Forum organ to promote democratisation and socio-economic development for the SADC Region.”

The SADC PF has so far developed Model Laws on HIV and AIDS; Elections; Eradicating Child Marriage and Protecting Those Already in Marriage; Elections; and Minimum Standards on the Protection of Key Populations.

Sekgoma revealed that work was underway to develop Model Laws on Gender Based Violence; the Digital Economy; and Public Financial Management.