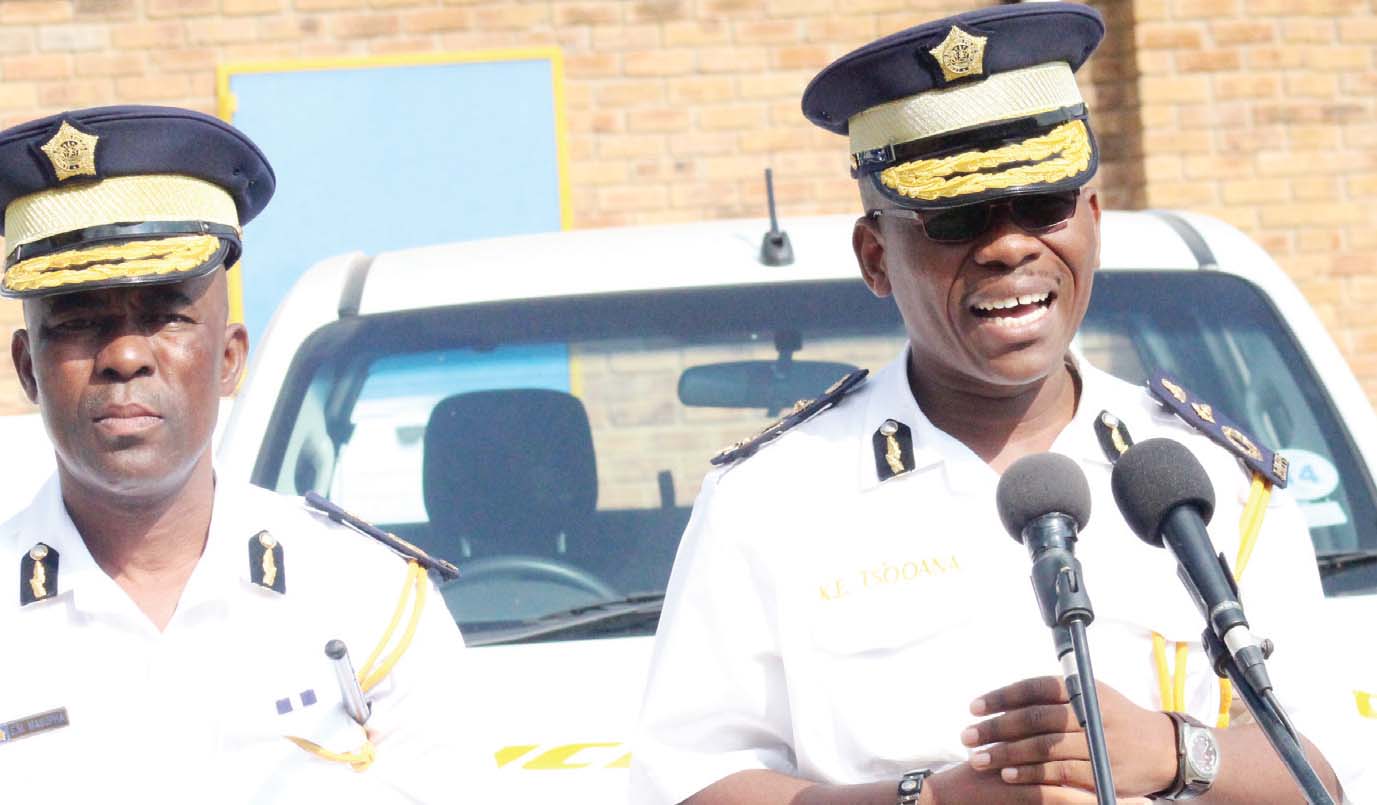 . . . as LDF guards deny police commissioner and his deputy entry

THE Lesotho Mounted Police Service (LMPS) Commissioner Khothatso Tšooana and Deputy Commissioner Masupha Masupha were told to leave their vehicles and bodyguards at the main entrance of State House — and then walk to their meeting with Prime Minister Thomas Thabane — by Lesotho Defence Force (LDF) members guarding the premier’s official residence on Tuesday this week.
LMPS spokesperson, Lebona Mohloboli, yesterday confirmed the incident, which he said was unprecedented and had come as a shock to the police.

“Yesterday (Tuesday), there was a meeting at State House and the Commissioner of Police (Compol) Khothatso Tšooana was going to be part of that meeting. The meeting had been called by the Prime Minister, Dr Motsoahae Thomas Thabane, after lunch. Some of the guests invited to that meeting included Deputy Commissioner of Police (DCP) Masupha, and Director of National Security Service (NSS), Mohlakala Lerotholi, and other top government officials,” Senior Inspector Mohloboli said.

However, Senior Inspector Mohloboli said both Commissioner Tšooana and DCP Masupha refused to comply with the LDF guards’ directives and returned to Police Headquarters, without meeting Dr Thabane.
“When they arrived at Police Headquarters, they received a call from the Prime Minister, asking them to come to the meeting since they had to be part of it.
“But when they got to State House for the second time, they were still not allowed to drive through the gate by the LDF guards,” said Senior Inspector Mohloboli.

He added even efforts by the Basotho National Party leader, Thesele ‘Maseribane, who is also the Minister of Gender, Youth, Sports and Recreation, to mediate in the standoff, failed to save the situation.
“Minister ‘Maseribane had been sent by the Prime Minister to intervene in the standoff, but the LDF guards still refused to budge. They continued to refuse Commissioner Tšooana and DCP Masupha entry onto the State House premises with their vehicles and bodyguards.
“They had to use force to drive through the gate,” Senior Inspector Mohloboli said, adding the incident had come as a shock to the LMPS.
“We are shocked by this show of disrespect by the LDF guards because we don’t understand what this action could be leading to. The LDF Commander and Commissioner of Police are equal in status, as they are both leaders of the country’s security agencies. It is not fair that LDF guards can disrespect the Commissioner to that extent as his status does not allow him to move without his bodyguards.
“We have reported this matter to the relevant authorities and the Prime Minister himself, as the Minister of Police, to deal with this matter. We did not report the matter to the LDF Commander because he already knows about it as he was the one who gave the orders to those guards.”

Thahane, Khethisa back in court