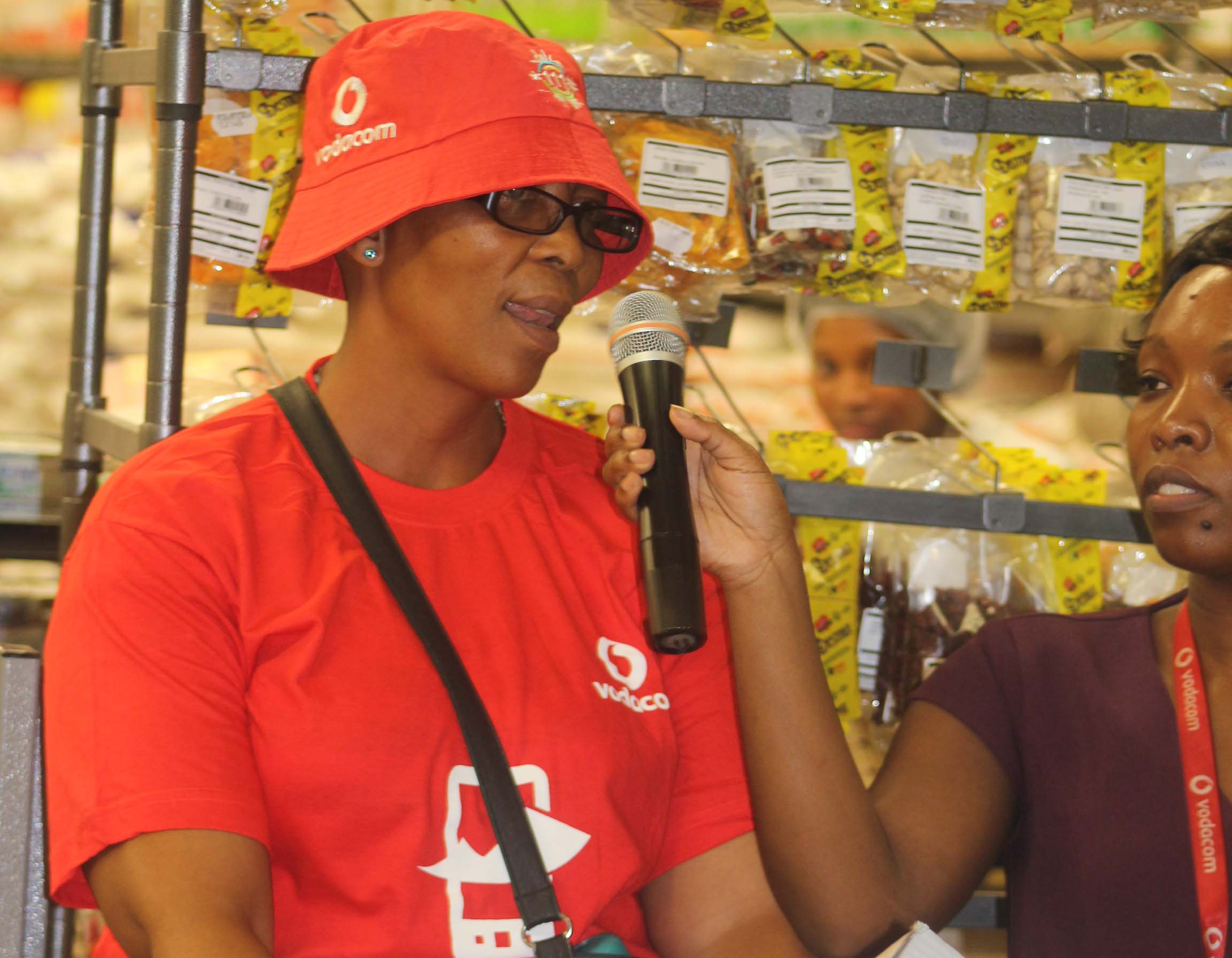 Ms Raseeke, a teacher at St Joseph’s Primary School in Koro-Koro, was declared the winner after using M-Pesa to withdraw cash at the store located at Pioneer Mall in Maseru.

The competition, which has been dubbed the “one-minute trolley-dash”, saw the winner rushing through Pick n Pay at midday on Monday in a scramble to fill the trolley in 60 seconds.

An extremely excited Ms Raseeke said this was the first time she had won any competition, and had wanted to make the most of her good fortune. She thanked the telecommunications giant for “making my day”.

“This is the first time I have ever won anything, so it came as a real surprise when someone from Vodacom called to inform me about this. I was only told the prize when I arrived her today so I did not know what to expect.

“I wanted to get something tangible which would remind me of Vodacom and what the company has done for me today. That is why I loaded the trolley with cookware for my family,” she said.

M-Pesa Distributor Specialist Mathabang Lintle Phalatsi said the draw was the first since the competition was introduced in December last year.

“The intention of the competition has been to raise awareness of the benefits M-Pesa can bring to Basotho and it is with such activities that we create a platform to give back to our customers.

“We would want people to be on the lookout for more such competitions in their districts. Even if they are not going to be carried out in the manner of a ‘one-minute trolley-dash’, we are working on bringing more valuable activities that would improve their lives and strengthen our mutual relationship. Vodacom want more Basotho like Ms Raseeke to benefit from our products, so we are encouraging people who have not registered with M-Pesa to give it a try today,” Ms Phalatsi said.

Vodacom Lesotho launched M-Pesa in July 2013 through which subscribers could send and receive money, buy airtime and pay utility bills.

A revolutionary monetary service and driver of financial inclusion and economic empowerment, M-Pesa has become extremely popular in Lesotho with 600 000 subscribers having registered with the service to-date.