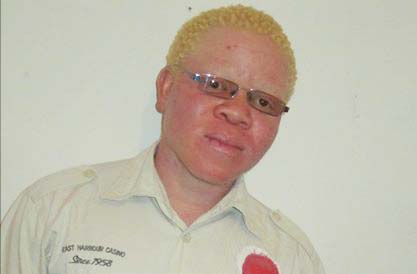 LOCAL producer and musician, Jerry Madubela Dee a.k.a Doglander Dee will, on 30 August, invade North West province in South Africa with his entertainment outfit Spring Lights 1307.
The event, dubbed Spring Breeze, will launch the album #Underneath and will be held at Sundance in Mafikeng, North West.

#Underneath is the culmination of the collaboration between South Africans, #Penetrator, #Midday and #Brizzie, signed under the Spring Lights 1307 label. #Penetrator is from Mpumalanga, #Midday from Limpopo while #Brizzie is from Pretoria.

Speaking to the Weekender from Johannesburg this week, Doglander Dee intimated that the Spring Lights 1307 stable has artists from Lesotho, South Africa and Botswana encompassing such genres as gospel, Hip Hop and Famo.
“The three artistes that I am launching are part of the overall 21 artists,” said Doglander Dee.
“It is my dream to see artists from around Africa working together without considering the borders that separate them, so I am working hard to ensure that it materialises.”

Doglander Dee also said he intends to have all the artists under the label performing at the same show to foster unity among them and inspire local musicians, adding that he is eyeing the end of September for the gig to be held in Maseru.

The muso’s recent visit to the Southern African Music Rights Organisation opened his eyes on how artists can copyright their music and ensure they get royalties for any usage of their material. He urged artistes to make an effort to know their rights and not get ripped off.

He further added that his upcoming shows will also serve as cancer awareness campaigns after realising how people take the deadly disease.
“I want people to know that cancer exists and is one of the most deadly diseases so people need to take care of their health,” Doglander Dee said.
“People tend to eat for just the sake of filling their stomach, but they need to adopt a healthy diet with fruits and vegetables being part of their meals, as well as drinking more water.
Apart from Doglander Dee himself, the North West show will also feature such acts as RPK, Muzi, Banana and DJ Billy among others.