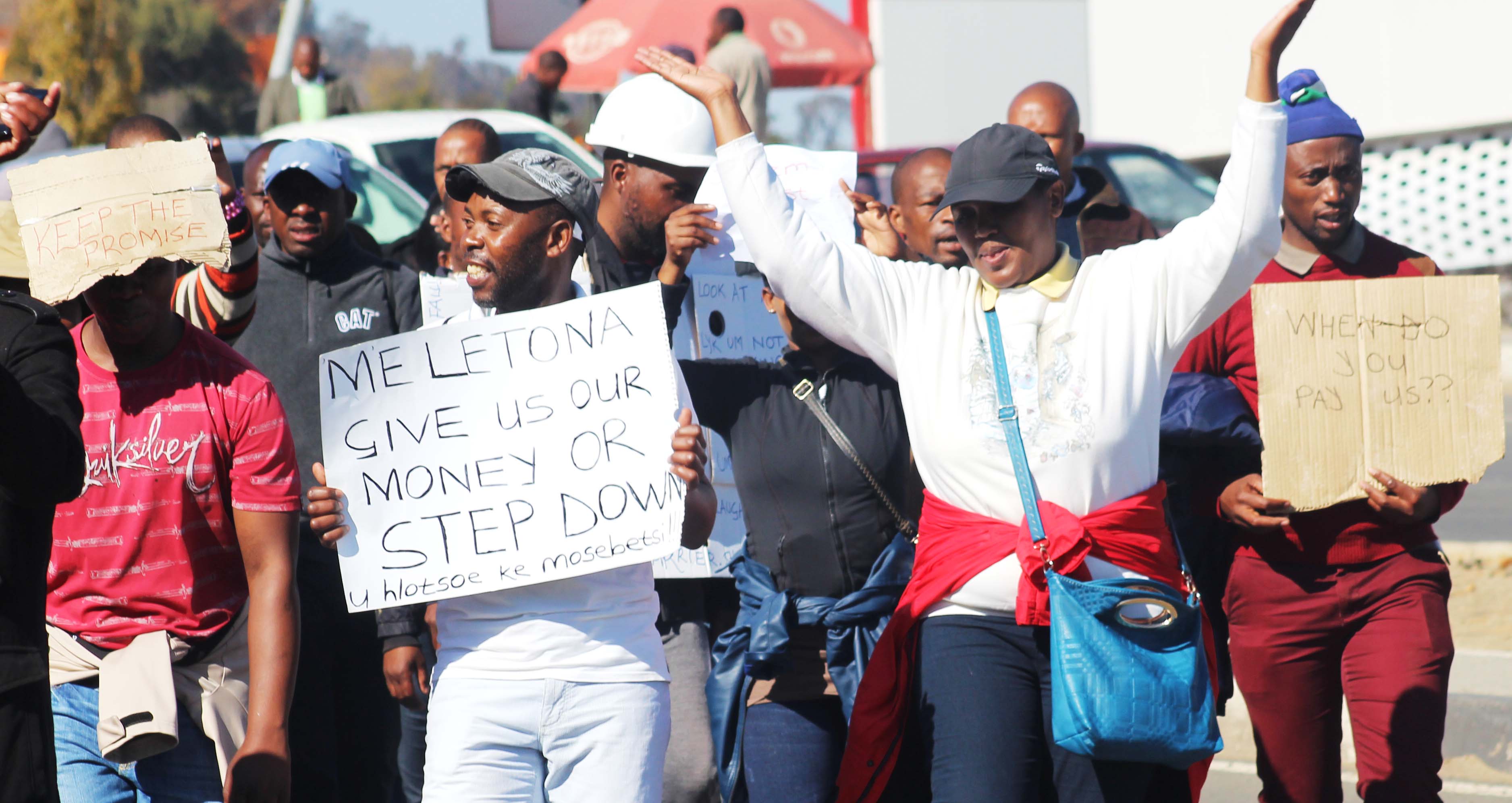 Education and Training Minister Dr Mahali Phamotse says she is aware of the challenges facing teachers whose salaries have not been increased by the government despite improving their qualifications.

Dr Phamotsemade the remark while receiving a petition from some of the disgruntled teachers in Maseru on Monday.

The minister, whopromised to study the grievances and give feedback, assured the teachers that the government would work hard to address their concerns.

“I’m noting these concerns and my promise to you is that I will look into them together with officials from the ministry, and then give you a response,” Dr Phamotse said.

“I’m aware some of the issues really need to be looked into and also that we have to find a solution for them. I further want to assure you that the government will work hard to see that your concerns are addressed.”

In their petition, the teachers said they had expected to be paid better salaries after improving their qualifications.

Some had been Cambridge Overseas School Certificate-holders, but after improving their qualifications to teaching diplomas and degrees, they were still earning M 3049. This, they said, was what they were being paid when they had COSC qualifications and those with diplomas now expected M 7000 a month in line with their new status.

Nkhothatseng Moonyane, who presented the petition on behalf of the teachers, said: “We haven’t been getting our full salaries after improving our qualifications. We were advised by the Ministry of Education to go to tertiary institutions to get diplomas and degrees but after acquiring these qualifications, our salaries have remained the same.”

Moonyanesaid this is the third year some of the teachers have not been paid the increased salaries “as promised”.

“The reasons you and the Teaching Service Department (TSD) gave regarding the same issue of underpayment was that we were not included in the 2014/2015 financial year budget. You then promised us that by April 2016, we would be paid, but we still haven’t. That’s why we need an explanation as to why we are not getting the money,” Moonyane said.

“We further need an explanation on the issue of Casual Return forms (CR) given to some teachers, while others were not, yet they are the same group. Our understanding is that CR simply means a teacher has been employed or promoted and also that teachers need to be employed according to the qualifications they are holding. Why haven’t such teachersbeen paid according to their qualifications?”

“We therefore appeal to the ministry that teachers who were not given their CR forms should get them before 31 July 2016.”

“We also want to know why we can’t be paid through cheques now that there seems to be a problem with the electronic transfer system.

“Teachers need to be presentable before their students and the public but because we are earning low wages, this is not possible.”

He added some teachers were finding it difficult to survive after borrowing money to further their studies hoping they would be able to pay it back with an increased salary.

“Some of the teachers took loans to pay for their studies with the hope that they would be able to pay back the money soon after they have completed their studies. They had hoped to earn higher salaries after acquiring the new qualifications, which would have enabled them to repay the loans but this has not happened.

“Has your ministry realised that some of these individuals are now badly depressed, while some have lost their property? Others have created bad blood with their relatives because of the loans they borrowed from them which they now cannot repay,” he added.

The teachers also expressed concern that because of their low salaries, they cannot save money in preparation for their retirement.

“It is our hope that you will look into our concerns and that we will get the salaries we deserve by the end of July.

“We also ask you to respond to our concerns within seven days.”

The teachers would not say what action they were going to take should their demands not be met within the one-week deadline.