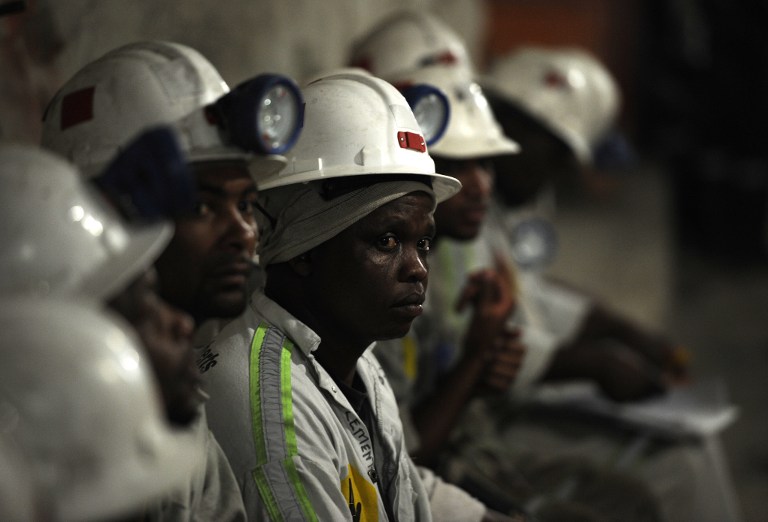 THE Minister of Mining, Keketso Sello, says his ministry is currently in discussions with a South African training institute over the establishing mining school in Lesotho.

This is in response to the need for development of critical mining skills as the government has earmarked the sector as one of the priority sectors for future economic development.

Currently, Lesotho, which has a budding diamond mining industry, depends on foreign technical institutes for the training of most of its mining professionals.

In addition, strategic key positions in the mining sector, which are currently concentrated on mineral extraction, are also mostly held by expatriates, which has often been attributed to a lack of relevant skills from the locals.

Speaking on the sidelines of the Letšeng Diamonds Scholarship Award Ceremony, where all scholarship beneficiaries have studied or are currently studying in different South African training institutions, Mr Sello said lack of local skills in the mining sector was a concern the government is working to resolve.

He said although Lesotho is endowed with mineral resources, for a long time it has lacked a deliberate plan on how to develop relevant skills to fully exploit its resources for economic growth.

“This is a serious challenge for the country. And it simply says to you that we have been taking the establishment of mining technical institutes for granted for a long time.

“But I can inform you that, we are currently in talks with a South African training institute to see how we can bring their services into the country for skills-transfer closer to home, working in collaboration with one of our local technical schools available in the country,” Mr Sello said.

He added he was hopeful that the deal would materialise before the end of the 2018/19 financial year, which is starting this April.

“We are optimistic that this will come to fruition to enable us to address lack of local skills which our mining sector is currently suffering.”

With the ministry currently developing its five-year strategic plan, as well as the implementation plan for the Minerals and Mining Policy, Mr Sello said the issue of skills development was right in the mix of their long-term plans, which are expected to be completed within the next financial year.

Development Planning Minister, Tlohelang Aumane, who was also in attendance at the Letšeng award ceremony, said his ministry supported plans to locally develop mining skills, as this ensures the training of many people affordably.

“The ministry’s plans to establish local skills development centres will go a long way to develop the much-needed capacity that will help us to grow the mining sector and to ensure that much proceeds are ploughed back into our local economy.   We are in total agreement with the ministry’s focus mainly because, this is an economically strategic sector with potential to spur economic growth,” Mr Aumane said.

The mining sector currently contributes about 8.5 percent to Lesotho’s Gross Domestic Product (GDP). It is projected to rise to 17 percent with Liqhobong’s full commercial operation.

‘Reforms will proceed with or without the opposition’