Deadline for collection of LSP nears 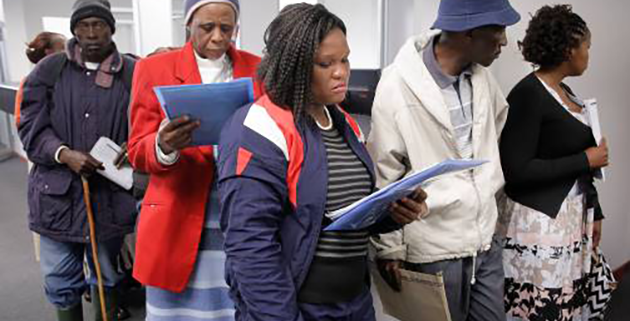 THE South African Ministry of Home Affairs has urged all Basotho nationals who applied to legalise their stay to collect their Lesotho Special Permits before 31 October 2017.

Basotho living in South Africa as employees, entrepreneurs or studying and were struggling to legalise their stay, were invited to apply for special permits through special arrangements initiated by the Government of South Africa.

Eligible applicants were required to have been in the country before 30 September 2015. The special permit shall be valid until 31 December 2019.

According to Senior Consultant Zimkhitha Mafanya, of VFS Global, applications to this effect have been processed and adjudicated and yet most of them have still not been collected by the applicants.

So far, a total of 94, 941 Lesotho Special Permits’ applications have been processed and 93, 537 of them have been adjudicated by the Department of Home Affairs. A total 86, 501 permits have been collected while 7,036 are still at the designated VFS offices.

“A substantial number of permits have not been collected and therefore we are urging the applicants to collect their permits before the deadline date,” read Mafanya’s statement.

According to the statement, all uncollected permits will be returned to the Department of Home Affairs and the grace period given for all Basotho to regularize their stay lifted.

All those who have complied by applying and surrendering their illegally acquired South African identities and collected their new special permit will not be deported upon lifting of the moratorium.

In October last year, another grace period was given until 31 March 2017, for Basotho nationals to apply for the Lesotho Special Permit. A total 102,316 Basotho applied while 64, 427 paid their fees.