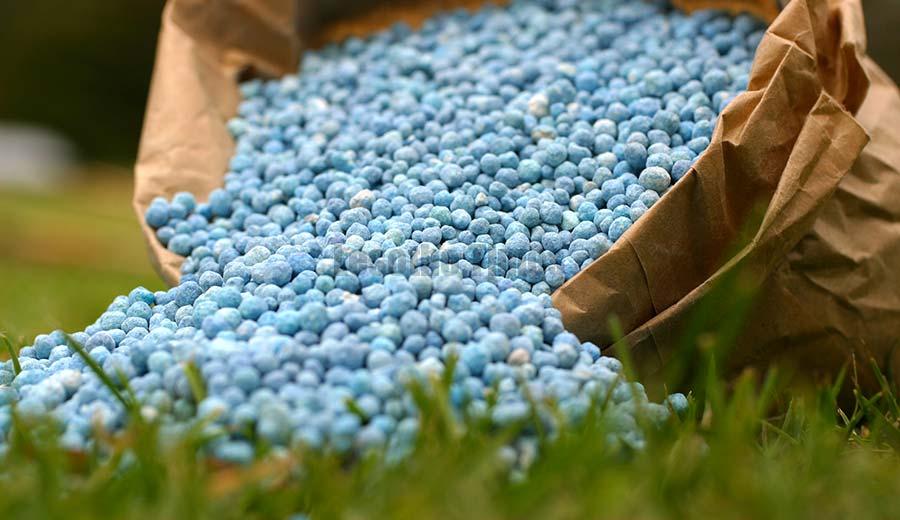 THE Directorate of Corruption and Economic Offences (DCEO) is investigating possible corruption and the flouting of tender procedures in the multi-million maloti fertiliser supply tender by the Ministry of Agriculture.

DCEO spokesperson ’Matlhokomelo Senoko recently told the Lesotho Times that they were investigating the award of the tender to South African company Omnia who bid M39, 8 million to supply the fertiliser to the government.

The government is in the process of assisting farmers to prepare for the 2018/19 summer cropping season.

“The matter has been reported to us and we are looking into whether or not there was any corruption around the awarding of such a contract,” Ms Senoko told this publication.

The alleged corruption was reported to the DCEO by fellow South African companies, Kynoch and Dfert, who claim that Omnia was given the tender despite failing to meet the initial tendering requirements.

Besides Kynoch and Dfert, other companies that bid for the open tender were M&S Logistics, Dfert, Hippo Transport Pty (Ltd) and VS Agric (Cubana Shells).

The aggrieved companies say that the Ministry of Agriculture went on to choose Omnia in a selective tendering process despite the fact that Omnia had been disqualified from the initial tender on the basis of its late submission of tender documents.

The companies further allege that the ministry also flouted tender regulations by awarding Omnia the tender before the mandatory “cooling off period” of 10 working days in which companies that would have lost the tender are allowed to submit written objections before the tender is finally awarded.

“In the first instance when the initial open tender was called, Omnia was disqualified because it submitted its papers very late into the process when the tender boxes were being opened,” said Buti Nkhabutlane, a representative of Kynoch.

The initial tender opened on 3 July this year and when it failed to produce a preferred bidder, the Agriculture ministry opted for selective tendering where they only invited Omnia, Dfert and Kynoch.

“The closing date of the submission of bids shall be on Tuesday 31 July 2018 at 14:00 hours while the opening will be on the same day at 14:00 hours. Tenders shall be opened by the tender panel in the presence of bidders,” the letter further states.

The two companies’ representatives said they were surprised that Omnia which had been disqualified from the initial tender was suddenly roped into the selective tender and chosen over them. The companies say they were not even allowed to submit their written objections to the awarding of the tender as the law stipulates.

“We were never called for a debriefing session (to explain why we lost out) and we were not given the opportunity to submit our written objections to the choice of Omnia. Instead, we were served with letters dated 4 September notifying us that we had not been successful, said the Dfert representative, Moeketsi Motaung.

Mr Nkhabutlane concurred with him, saying, “it is surprising that before we (Kynoch) could even write any letters of complaint the tender was awarded to Omnia and there was not even a debriefing session to tell us why we lost out”.

Both companies said they were also surprised that Omnia was given the tender despite submitting the most expensive bid of M39, 8 million (compared to Kynoch’s M30 million and Dfert’s M 36 million bids.

“While we admit that the government has no obligation to take the lowest bidder, we expected transparency and we were surprised that this time unlike in the past, the ministry no longer speaks about ‘value for money’. Omnia’s was the highest bid at M39 million,” said Mr Nkhabutlane, adding they had since reported the issue to the DCEO.

However, the Principal Secretary in the Ministry of Agriculture, Malefetsane Nchaka, maintained that they held a meeting to brief the losing companies “and some of them did not attend”.

Mr Nchaka further said the companies failed to meet the requirements in the selective tender and this forced them to apply for a waiver that allowed them to pick Omnia. He said they had to do this because the cropping season was fast approaching and they were under pressure to secure a supplier for the fertiliser.

He said they settled on Omnia because in addition to suppliers, they were also looking for manufacturers of fertilisers.

“All the companies failed to meet all the requirements in the selective tendering. Others submitted expired documents and others failed to demonstrate they had they had the financial resources.

“Given that both (open and selective tendering) processes had failed we asked the government for a waiver as the farming season is nearing and we can’t afford to waste any more time as fertiliser is needed.

“We applied for a waiver given that we were under pressure and I personally approached the DCEO to seek legal advice as time was already not on our side,” Mr Nchaka said.