DC at loggerheads with NUL hierarchy 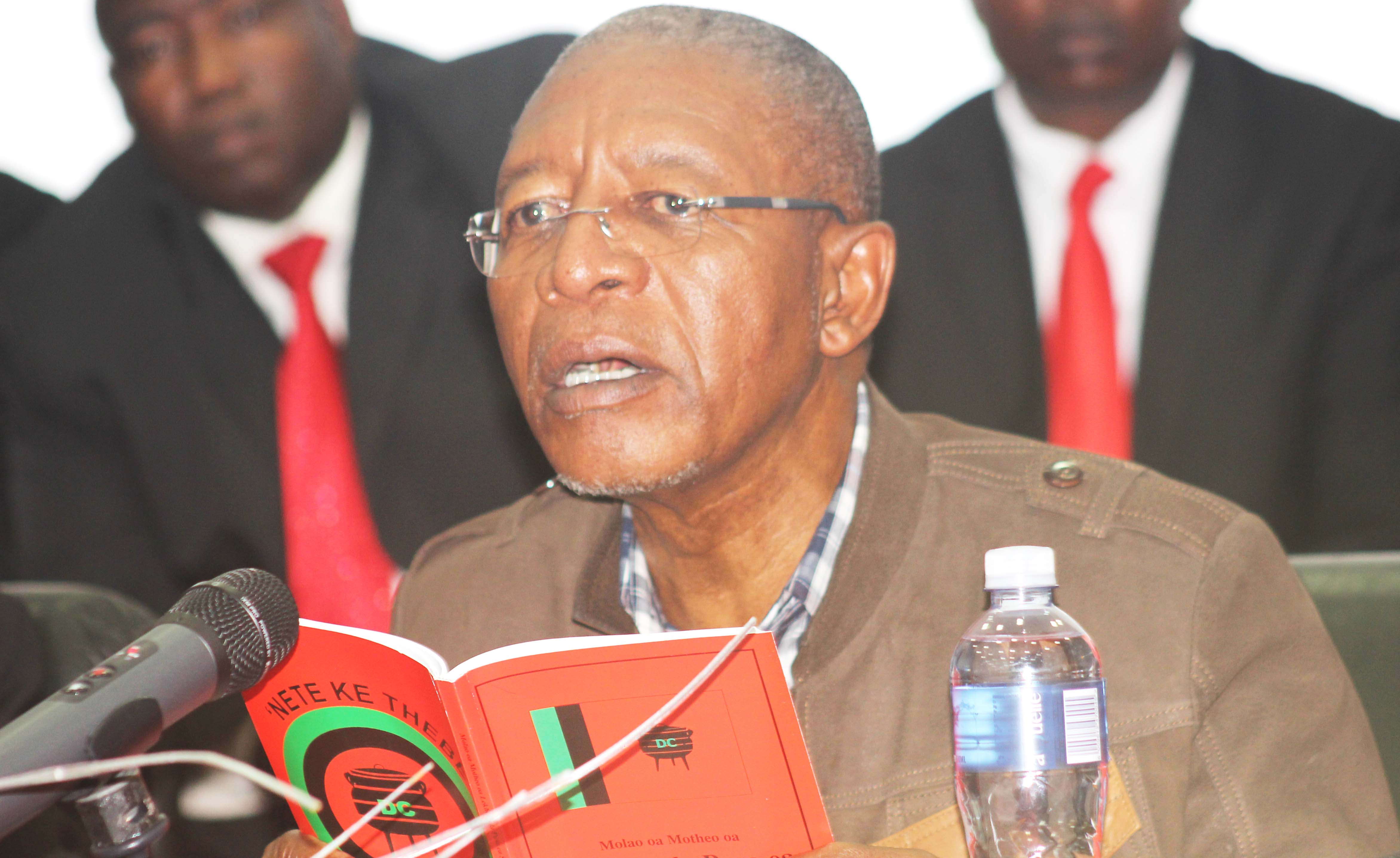 . . . as ruling party resolves to shun events organised by university

THE Democratic Congress (DC) is locked in a bitter wrangle with the National University of Lesotho (NUL) management with the main ruling party accusing the institute’s hierarchy of working towards ousting the seven-party coalition government.

The feud has escalated to the extent that the DC leadership has resolved to shun all NUL-organised activities including the political debate held on Thursday last week in Maseru ahead of the 3 June 2017 National Assembly elections.

The DC had been invited to the debate along with its governing coalition counterpart Lesotho Congress for Democracy (LCD).

The All Basotho Convention (ABC), Basotho National Party (BNP) and Alliance of Democrats (AD) had also been invited by NUL to debate on the themes of education, the economy and unemployment, rule of law in a democracy, service delivery and local governance as well as professionalism in the public service.

While the other parties sent their representatives to participate in the debate, NUL Vice-Chancellor Nqosa Mahao announced that the DC had rejected the invitation “for a number of reasons”, without elaborating.

Prof Mahao also indicated the university had to substitute the DC at the eleventh hour by inviting the Movement for Economic Change (MEC), which also sent its representatives to the debate.

“Initially the parties that had been invited were the DC, ABC, LCD, BNP and AD. But we got advice that the DC was not going to be participating for a number of reasons. So we looked around for the new kid on the block? That’s how the MEC made it,” he said.

On the side-lines of the debate session, Prof Mahao briefly told the Lesotho Times the DC leadership had rejected the invitation saying they did not want to be “ridiculed”.

This was confirmed by Prime Minister Pakalitha Mosisili’s Political and Economic Adviser Fako Likoti, who is also a DC activist.

Dr Likoti told this publication in an interview this week that the DC shunned the NUL debate because the institution’s management was “actively fighting the government”.

“Universities, in each and every country the world over, are think tanks of the governments of the day,” he said.

“But people will recall that NUL has been at the forefront of fighting the government led by the DC.”

Dr Likoti singled out Prof Mahao and Prof Mafa Sejanamane, saying it was “clear to everyone” that the two academics had nailed their colours to the opposition mast.

He said the duo agitated for the ousting of the government through a parliamentary no-confidence vote.

The ABC, AD, BNP and Reformed Congress of Lesotho successfully engineered the no-confidence vote on 1 March 2017, prematurely ending the five-year tenure of the seven-party coalition government which was established in March 2015.

However, Dr Mosisili resorted to a constitutional provision that empowers a sitting prime minister to advise the King to dissolve parliament and call for elections.

“The university’s management, particularly Professors Mahao and Mafa Sejanamane, were featured on radio stations saying that the current government could be ousted by the opposition,” said Dr Likoti.

“They actually insisted that the opposition should go on with their no-confidence vote. We are going for these elections because the opposition came up with the vote of no confidence.”

Dr Likoti said the university’s management also clamoured against the holding of elections to allow the opposition to form government in parliament.

“They were at the forefront of the campaign against the elections, arguing that it was a waste of money. They argued that the Council of State could lobby King Letsie III to appoint a prime minister without elections. We all know today that they were wrong.”

The premier’s adviser also accused the NUL hierarchy of fomenting students’ protests over their tuition fees. The higher education institution suspended lectures on 11 April 2017 after student protests over tuition hikes at its Roma and Maseru campuses turned violent.

Prof Mahao had said the tuition hikes were necessary to offset the high costs of running the university which included staff salaries. However, the government responded by saying the university’s decision to increase the fees had been unilateral and unaffordable for the National Manpower Development Secretariat (NMDS).

The NMDS is mandated with paying tuition fees, costs of research, book allowances, accommodation and food allowances among other costs for selected students.

The students resumed attending lectures earlier this month to enable negotiations between the university and the government over their tuition fees.

“The university has been going around saying the students should fight for their fees,” Dr Likoti said.

“They influenced the students to demand high subvention from the government. The students have nothing to do with the subvention. The management was saying the students should also fight for everybody to be sponsored.

“Even in Britain, not every student is sponsored irrespective of the programme they are pursuing. They (NUL management) used the students to fight their own war.”

He said the university management could not moderate any political debate because they have “lost credibility”.

“The DC cannot be part of a debate that is not credible. The university has been fighting the DC.”

Dr Likoti said the government had learnt that a NUL official had told the family of a female student who was shot dead last month, allegedly by a policeman, that she was killed by the government.

Tumelo Mohlomi (24), a fourth-year student from Qacha’s Nek, was shot in the back of the head and died on the spot at a popular night spot just outside the Roma-based university. The suspect, Police Constable Lefa Phihlela, was eventually charged with murder.

Said Dr Likoti: “The NUL official told the Mohlomi family that the police officer who allegedly shot their daughter was given orders by the government to murder her.

“The parents actually called a government minister to reveal that claim. The minister was appalled. Yet the suspect has been arrested and is on bail now.”

He said if re-elected in next month’s polls, the government would work towards reforming NUL’s governance structures.

“The university’s management is completely out of order. If Basotho vote back the DC to form government after the elections, the first port of call will be to look at the laws governing the university. The debates will start from there.

“When they want to rest from teaching, they go to the senate and suspend classes. The DC does not associate with people who are discredited and lack integrity. We can only attend a debate that is governed by credible people.”

Contacted for comment yesterday, Professor Mahao refused to comment, saying: “I will deal with the matter in another manner later.”

For his part, Prof Sejanamane said: “I have no intention to debate with Likoti on this or any other matter.”