‘Council pushing us into poverty’ 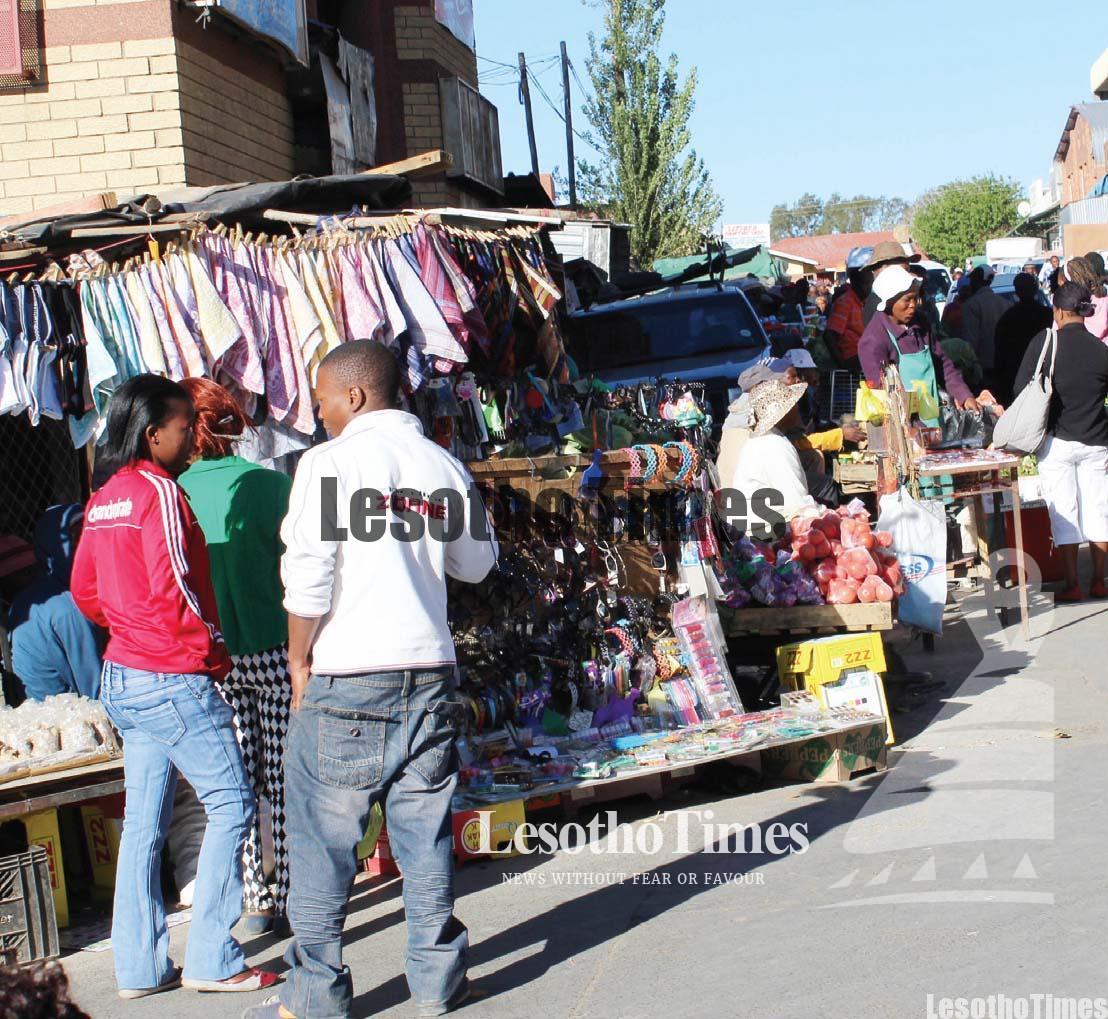 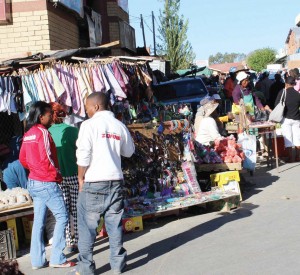 MASERU — Thabo Lekaota stays on the lookout for fellow street vendors who might blow the whistle anytime to warn of a coming threat.

The Maseru City Council (MCC) has been on the heels of street vendors who have erected makeshift stalls along Kingsway and other areas, the council argues, are not authorised spots for vending.

For the past few weeks council police and street vendors have been playing seek and hide.

The police often come to chase the vendors away.

The sellers run away at the sight of the municipality police only to come as soon as the law enforcement agents disappear.

The city police regularly come back to confiscate anything they can get from the vendors.

Lekaota has been embroiled in this chase between the street sellers and the MCC for a long time.

He says business has been badly affected by the situation. Much as he agrees that he and other vendors along the main street have placed their stalls without the approval of the MCC, he says he sees no reason why they are expelled from their spots.

“The municipality says we are occupying unauthorised space. They say we are being removed from our spots because we are blocking the way for pedestrians. We are careful not to get in the way of passersby.

“There is nothing we can do to the pedestrians because they are our clients. MCC is just being difficult. This is a poor country and we are not engaging in criminal practices for survival,” says Lekaota.

He has been lucky not to have had his goods confiscated by the city police.

He alleges that some vendors have had their goods forcibly taken away never to be recovered.

‘Matli Lekena sells fruit and vegetables but also runs a public telephone on the side.

Lekena says one morning after he had just loaded his phone with airtime worth M200, the MCC truck came out of nowhere and confiscated everything they could put their hands on.

“We had no time to remove our stalls. I had managed to move the fruit and vegetable rack and when I returned for the phone stand they had already take it away.

“I never recovered the airtime vouchers worth about M1 000 and the money that I had kept in a container. No one knew what had happened to our goods and money,” Lekena claims.

Another street vendor, Sello Maofane, says that MCC has been heartless by removing them and not sparing space for them.

Maofane, who sells clothing items that vary from shoes, T-shirts and jeans, says they need a busy street like Kingsway for their businesses to make money.

“They want us to operate in dull places where potential clients do not frequent. Our businesses are as good as dead there. They are killing our chances of making something out of our lives. We cannot all be queuing for jobs at government offices,” he says.

Tšolo Lebitsa of a street vendors’ society, Khathang Tema Baitšokuli, says though they agree that Kingsway should be respected and kept clean, there are still spaces that can be spared for street sellers’ stalls.

In fact, Lebitsa claims the city council and vendors had spotted places they could use but the municipality would have none of it.

“Plans and markings were made of places along Kingsway where vendors could put up their stalls. There was even a suggestion that the vendors would buy umbrellas with the same colours so that their stalls would  look presentable,” Lebitsa says.

“But without warning municipal authorities turned down the suggestion and started chasing vendors even from such spots,” he adds.

He says that MCC was only pushing them into poverty by throwing them off their selling spots.

“We need a lively place like Kingsway for our businesses to survive,” he says.

Lebitsa says that it is inhumane for council police not to give vendors their goods back after each raid.

“That is cruelty and oppression of the worst form. We feel like a plan can be made that a market place is made to occupy the upper part of Kingsway from the main traffic circle to Queen II Hospital,” he says.

The MCC information officer, Lintle Moerane, says vendors have only themselves to blame for not jumping at the opportunity to occupy spots along the Kingsway and other strategic areas.

Moerane says MCC informed vendors of spots that they could apply for to put their stalls.

“We identified about 250 spots for which we invited applications. There was reluctance on the side of the vendors. There was a three months grace period but still no applications came. They denied themselves the opportunity to find spots along the Kingsway,” Moerane said.