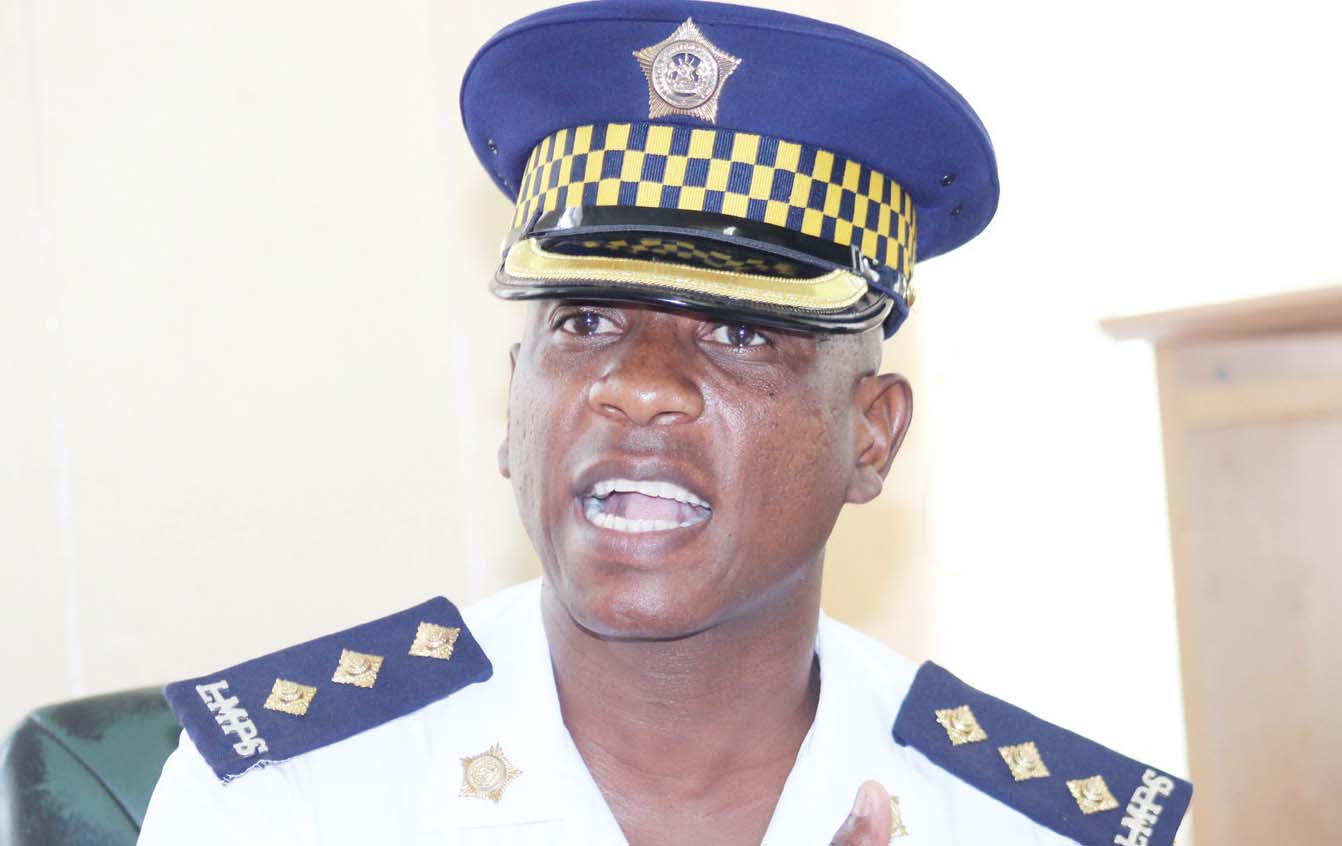 A Lesotho Mounted Police Service (LMPS) sub-inspector was shot dead, while three constables were seriously injured during yesterday’s clashes between the police and members of the Lesotho Defence Force (LDF).

The violence, which took place at Maseru Central Police Station, Police Headquarters and Ha-Mabote Police Station, started at around 3am and resulted in the LDF taking over the three police stations for the better part of yesterday morning in what Prime Minister Thomas Thabane has since said was an attempted coup d’état.

To add to yesterday’s confusion, local radio stations suddenly went off-air at around 5am, and only resumed broadcasting at 10am, while the home of newly promoted LDF Commander, Lieutenant General Maaparankoe Mahao, was attacked by unknown gunmen at around 4am.

When the Sunday Express crew drove around Maseru beginning 7am yesterday, the streets were uncharacteristically empty of vehicles, while heavily armed soldiers could be seen patrolling Maseru Central, Police Headquarters and Ha-Mabote Police Station, with no LMPS officials in sight.

The soldiers only left the three stations at around 10:15am, but the police could still not enter the premises, fearing the LDF personnel would return and subject them to even more embarrassment, some of the LMPS officials later told the Sunday Express.

However, the police later entered the stations at around 11am and started taking stock of the damage, which had been caused by the morning’s clashes. The police officers were, however, in plainclothes and told the Sunday Express that they were afraid of being identified and attacked by the LDF members should they wear their uniform.

It was during the inspection of the Police Headquarters that the police decided to release suspects who had been in holding cells, telling them, in the presence of this reporter, that the situation was no longer conducive for them to remain in custody.

LMPS spokesperson, Senior Inspector Lebona Mohloboli, confirmed the death and injury of the police officers, but would not give further details as he told the Sunday Express that he was also in hiding and fearing for his life.

The Sunday Express was also later told by police sources that LMPS  Commissioner Khothatso Tšooana, and other senior officers had also gone into hiding, after learning that they were being allegedly hunted by the soldiers yesterday.

A police officer who was present when the Police Headquarters came under heavy gunfire yesterday, told the Sunday Express: “The soldiers stormed this station at around 3am and started assaulting our members who were on duty.

“They kept demanding some information about certain dockets, and when they couldn’t get them, they became angry and started shooting at the building. It was during this confusion that the sub-inspector was shot dead, while three other officers were seriously injured.

“We were then locked up in the offices, and told to stay there while the soldiers patrolled the Police Headquarters.

“We were only released by our fellow officers when the soldiers had left just now at around 10:15am, after taking two of our senior officers hostage,” said the officer.

The Sunday Express heard the soldiers being asked about the condition of the injured police officers.

“We were only sent to deliver them, and anything else, you should ask our bosses,” said one of the MPs.

Meanwhile, the LDF spokesperson, Major Ntlele Ntoi yesterday described the soldiers’ actions as “merely a military raid to disarm members of the police following a tip-off that they were going to use their armory to beef-up an illegal demonstration against the government on Monday (tomorrow).”

The Prime Minister’s Press Secretary, Thabo Thakalekoala, on the other hand, yesterday told the Sunday Express: “What the army did was an attempted coup, period.”