Cop dies after shootout with soldier 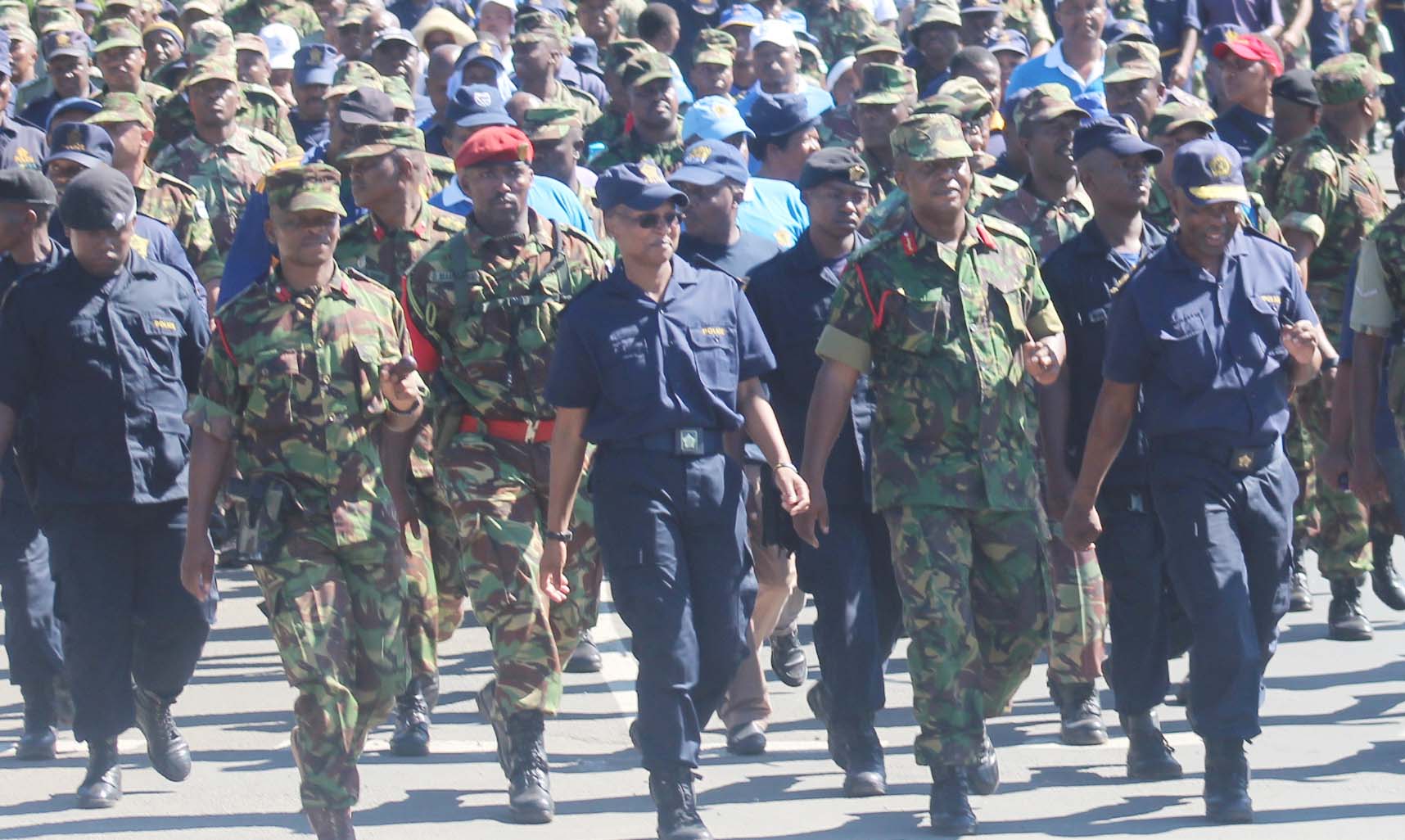 A constable based at Police Training College in Maseru passed away in hospital on Monday last week following a shootout with a member of the Lesotho Defence Force outside a Masianokeng nightclub.

According to police spokesperson Lebona Mohloboli, the gunfight was sparked by an argument over parking space outside Ea Rona Night Club in Ha Motloheloa village.

Senior Inspector Mohloboli told the Lesotho Times this week that both the police officer and soldier were injured in the fight and taken to Queen ‘Mamohato Memorial Hospital and Makoanyane Military Hospital, respectively.

“Our investigations have revealed that both the police officer and LDF member were at Ea Rona Night Club in Ha Motloheloa village and driving their private vehicles on the night in question.

“They apparently had an argument after one of them had blocked the other’s way in the parking lot. Both the deceased and suspect were in possession of their service pistols, and after failing to come to an understanding over the parking incident, they  fired at each other and both were injured.

“The police officer was taken to Queen ‘Mamohato Memorial Hospital while the soldier went to Makoanyane Military Hospital.

“Unfortunately, the police officer died in hospital on the same day he was admitted, while the LDF member is still undergoing treatment at Makoanyane Military Hospital. No arrest has been made in connection with the incident and police investigations are continuing,” Senior Inspector Mohloboli said.

In a separate incident, a 22-year-old initiation school teacher appeared before the Mafeteng Magistrate’s Court on Monday this week charged with the murder of a 17-year-old initiate.

The suspect, Thabiso Seriba from Ha Ramarothele, is accused of fatally assaulting the initiate on 1 December following an argument over an assignment the teenager had initially refused to undertake as he was not feeling well.

“According to police investigations, the suspect instructed the now-deceased to go for an assignment but he initially refused, saying he was not feeling too well. However, the teacher insisted that he should go, and on the way, the victim found it difficult to walk and his colleagues  even tried to assist him but he told them to leave him behind as he was really in bad shape.

“The teacher later dragged the initiate to the school premises, where the boy unfortunately died, leading to the teacher’s arrest,” Senior Inspector Mohloboli said.

The suspect, he added, was remanded in custody and would appear in the Mafeteng Magistrate’s Court again on 15 December 2014.