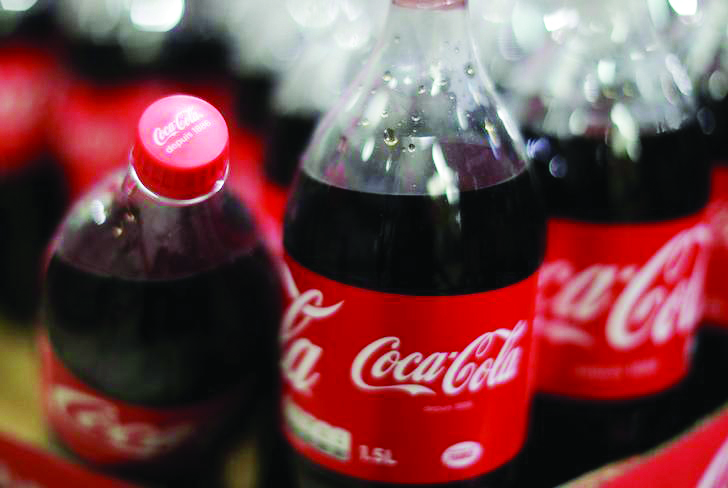 LONDON — Coca-Cola Co has reached a deal to buy Anheuser-Busch InBev’s majority stake in their African bottling venture for $3.15 billion and hold onto it until it finds a new owner, the companies said on Wednesday.

Coke said in October it would exercise a right to buy the stake formerly owned by SABMiller following SAB’s takeover by AB InBev.

Coke has not said why it decided to buy back the stake, but it might be in its best interest to avoid partnering with AB InBev, which has no experience in Africa, and keep the beer giant at arm’s length.

With little room left for AB InBev to grow meaningfully in beer, chatter among bankers has turned to whether the deal-hungry mega brewer will eventually move into soft drinks. That could put Coke at the top of its list, though Coke’s $180 billion market value would be a huge hurdle.

AB InBev is already a large PepsiCo bottler in Latin America, but up until now has had no business in Africa, where distribution can be particularly challenging due to poor infrastructure.

Coke and AB InBev, the world’s largest makers of soft drinks and beer, respectively, said in a joint statement that they had agreed the transfer of AB InBev’s 54.5 percent stake in Coca-Cola Beverages Africa (CCBA), the continent’s largest soft drink bottler, with operations in a dozen markets including Lesotho, South Africa, Kenya, Uganda and Tanzania.

They also announced another deal for Coke to take other African territories not covered by CCBA, such as Zambia, Zimbabwe and Botswana, as well as bottling operations in El Salvador and Honduras. The price for those markets was not disclosed.

Coke said it planned to hold all operations temporarily until they can be refranchised to other partners. That is in keeping with its global business model, which sees it handling marketing and innovation, and selling beverage concentrate to a network of regional and local bottlers who bottle and distribute the drinks.

These bottlers include Coca-Cola European Partners CCE.N, Coca-Cola Hellenic and Coca-Cola Icecek, all of whom have been pegged by analysts as possible buyers.

“We are continuing negotiations with a number of parties who are highly qualified and interested,” said Coke Chief Executive Muhtar Kent in a statement. “We look forward to refranchising these territories as soon as practical following regulatory approval.”

Coke Icecek, which operates in Turkey, Pakistan and other central Asian countries, said in November that it was working with an investment bank to explore its options.

Africa is an attractive market for packaged food and drink makers, due to the increasing appetite and discretionary budget of its growing middle class.

Coke, which formed CCBA with SABMiller and the South African owners of bottler Coca-Cola Sabco in 2014, had retained the right to buy SABMiller’s stake in the event of a change of control at the brewer.

AB InBev has now raised some $27 billion from divestments of parts of SABMiller’s business, recouping more than a quarter of the 79 billion pounds ($97.7 billion) it paid for the world’s second largest brewer.

The transactions, subject to relevant regulatory and minority approvals, are expected to close by the end of 2017.

Coke was advised on this deal by Rothschild, while AB InBev was advised by Lazard and Deutsche Bank. — Reuters