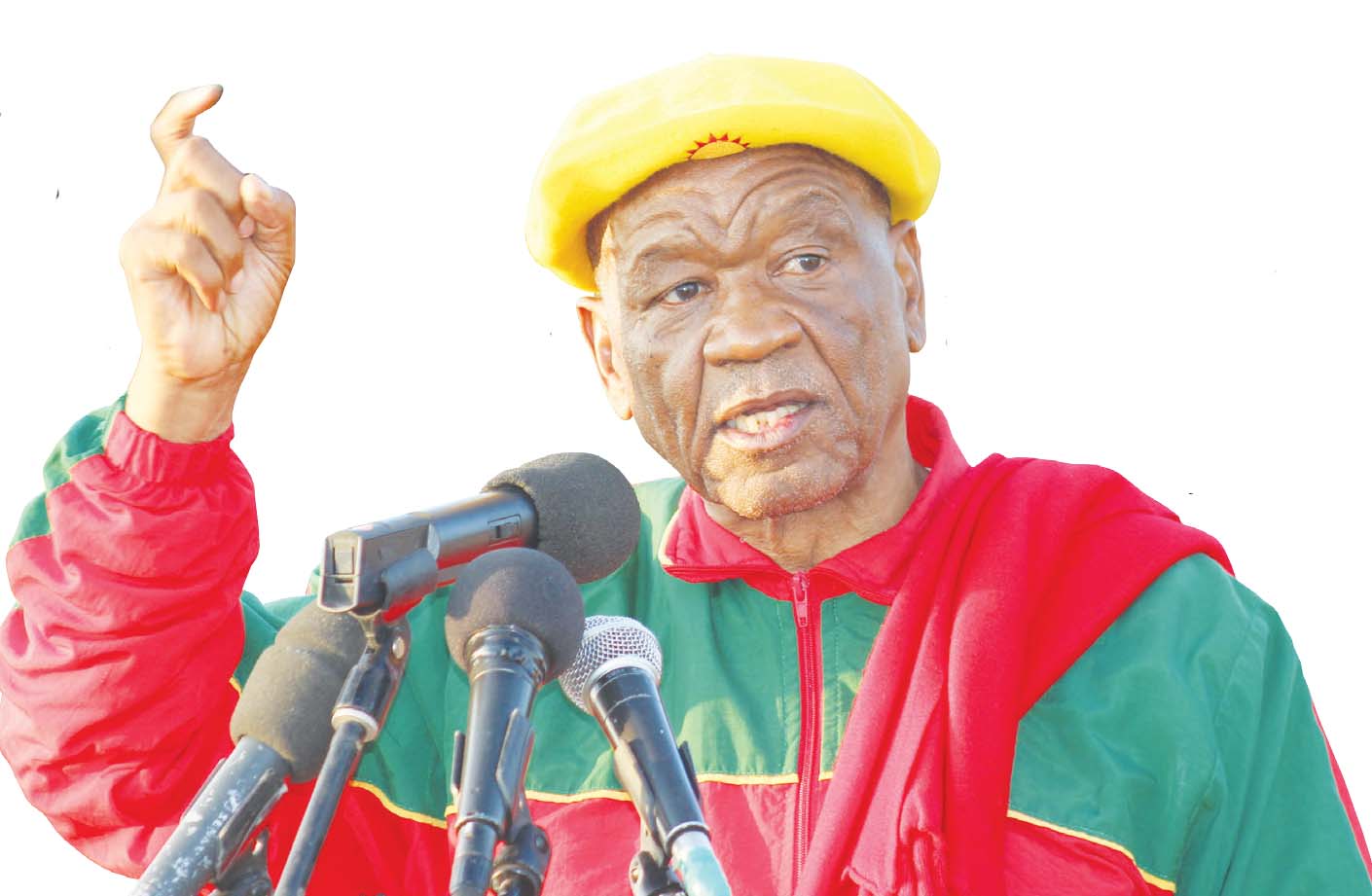 Addressing a political rally at Mafeteng in the Thaba-Phechela constituency on Sunday, All Basotho Convention (ABC) leader Thabane told party supporters that the new IEC com­missioners were constituted along partisan lines representing ABC, the Lesotho Congress for Democracy (LCD) and the Basotho Nation­al Party (BNP).

Thabane said the chairperson of the IEC, Mahapela Lehohla, is linked with the ABC, while fellow commissioners Makase Nyaphisi and ‘Mamosebi Pholo are affiliates of the LCD and BNP respectively.

“As political leaders we chose the new IEC following the phasing out of the old one, so the new IEC is made up of Ntate Mahapela Lehohla said to be a member of the ABC as the chairperson, he is assisted by ‘M’e ‘Mamosebi Pholo of the BNP and Makase Nyaphisi of the LCD,” Thabane said.

The new three-member commission was inaugurated last month after a controversial selection following a very stiffly contested race for leadership of the election-monitoring body.
The controversy of the selection, especially of Lehohla now the chairperson of the IEC, .
was fuelled by the fact that the former Chief Justice had fared poorly in an assessment conducted by a consultancy firm, Quadrant Consulting, engaged to assess the various can­didates who were vying for the coveted IEC posts.

A confidential document headlined Deci­sions on selection process of IEC Commission­ers, seen by the Lesotho Times, had ranked Mawinnie Kanetsi, a civil society activist, as the best performer on the shortlist of the final six submitted to the Council of State.

The list of six candidates vying for the three vacant posts of chairman and two commissioners of the IEC was submitted for consideration to the Council of State by the Political Leaders Forum (PLF) on December 5 2013 in line with the constitution.

The PLF is a grouping of leaders of all political parties registered with the IEC and plays an impor­tant role in interviewing and rec­ommending potential IEC appoin­tees to the Council of State.
The Council of State’s chief man­date is to advise the King in the dis­charge of his functions.
Thabane, as the Prime Minister, wields enormous power in the Council of State which recommends the IEC appointees to the King, which could possibly be the reason for the appointment of his party’s favourite to chair the August body.

The IEC is mandated with managing na­tional and local government elections.
Meanwhile, in the run-up to the appoint­ment of the new commission, Pholo’s selection as acting commissioner following the end of the previous commission’s term had caused a political uproar by other political party lead­ers who felt that her selection c o m p r o ­mised the integrity of the IEC in carrying out its mandate.

The reason for the uproar was that Pholo was linked politically with the BNP, a fact that was confirmed by Thabane at the week­end rally.
At the time Pholo responded by saying, “I’ve always perceived myself to be a neutral per­son. People who appointed me to this position surely evaluated everything and considered my appointment cautiously,” Pholo said.
Thabane’s statement at the weekend rally is likely to vindicate concerns by different po­litical parties that parties in his coalition gov­ernment had manipulated the IEC to create a partial elections overseer.
This will likely have far-reaching conse­quences, especially given that election re­sults in Lesotho have in past polls been heav­ily contested. Such disagreements have often continued all the way to the next election.
The BNP, led by sports minister Thesele ‘Maseribane, is part of a coalition cabinet with the Thabane-led ABC and Deputy Prime Minister Moth­etjoa Metsing’s Lesotho Congress for Democracy after the May 2012 poll produced a hung parliament.

MCC to take children back to school