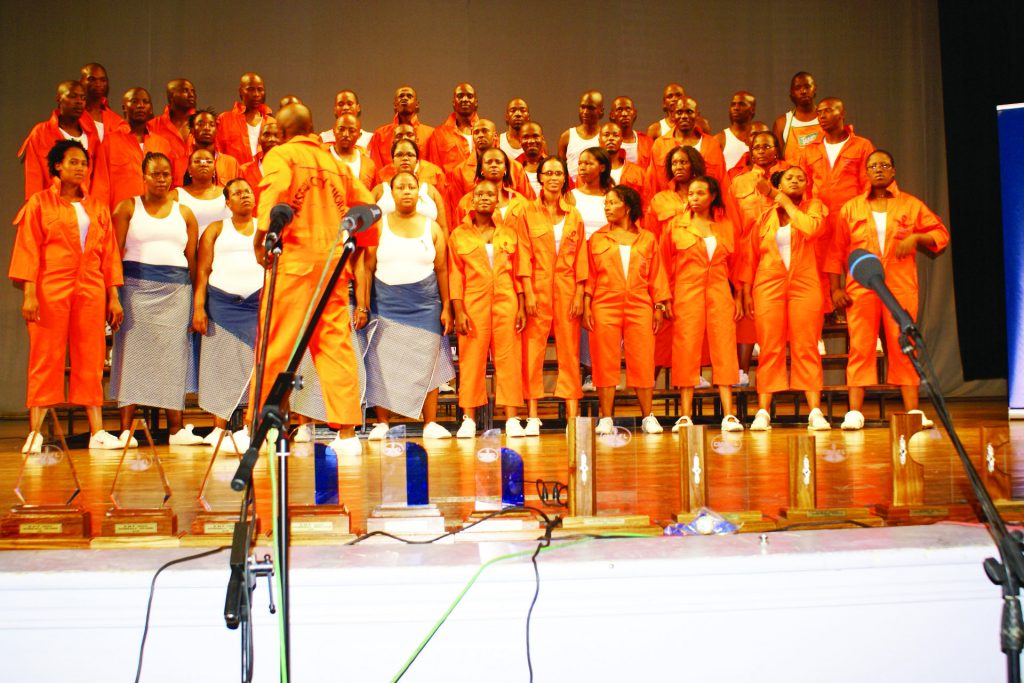 The festival, which is held on an annual basis, was launched in 2003. According to the organisers, Choral Music Federation of Lesotho (CMFL), the festival is also meant to celebrate and promote choral music in Lesotho.

“Since its inception, the competition has always sought to uplift the talents of Basotho soloists and choirs by giving them a platform to compete against South African choirs,” CMFL treasurer, Mathe Malefetsane, told the Weekender this week.

“Every year, we host training sessions for local choirs in preparation for this big contest. This year we held three regional workshops in Mafeteng in March for the South Region, Leribe in April for the North Region and Maseru in May for the Central Region.”

He said choirs from across the country enlisted for the competition.

“We selected the choir groups that were good enough to compete at the national festival and held a follow-up workshop for them in May. During the workshop, the adjudicators explained to the conductors the criteria which their choirs would be judged on,” said Malefetsane.

The competition, he said, would be segmented into two categories as usual. The large section will see 10 local choirs competing with SA’s Central University of Technology choir and Marvelous Voices while 19 local choirs will go head to head against South Africa’s Phomolong Inter-Choir in the Standard Section. The choirs will compete on eight songs.

“The government normally supports us with varying amounts that we use to incentivise the choirs that fail to win the competition. We call it the participation fee. But this time around, we will not be able to do so, which is demoralizing for them.”

He said they were working on bringing choirs from other African countries to the next edition of the festival.

“Since the competition is now in its second decade, hopefully next year’s edition will see the participation of choirs from different African countries since our aim is to reach the international level,” Malefetsane added.

“We are also hoping to commemorate the country’s 50th Independence anniversary celebrations next year by having choirs competing on songs composed by local choristers.”