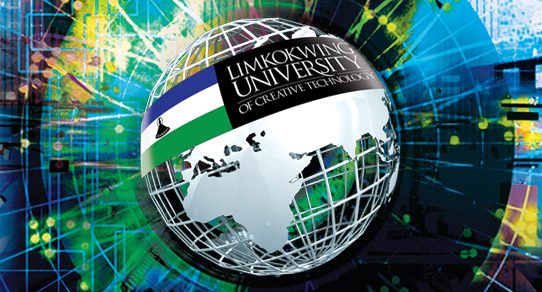 . . . university has until June 2017 to improve three programmes

THE Council on Higher Education (CHE) has given Limkokwing University of Creative Technology (LUCT) until June 2017 to ensure three of its programmes meet its set standards.

CHE Chief Executive Officer, ‘Matokelo Motseko, yesterday confirmed the development, saying LUCT was given the ultimatum on 18 January 2016 after the council evaluated the university’s programmes.

“It is true that three Limkokwing programmes were not accredited by CHE,” Ms Motseko said, adding that there were set minimum accreditation standards that every tertiary institution must comply with.

She said the standards would determine whether the programmes warranted probationary accreditation or not being accredited at all.

In both scenarios, Ms Motseko said, CHE would expect the concerned institution to develop an improvement plan to ensure they develop their programme within a given timeframe.

“You must understand that CHE uses a developmental approach to support tertiary institutions and improve their standards,” she said.

“We ask an institution to develop an improvement plan which shows how they would address areas of concern.

“When CHE is satisfied with the plan, we give the institution the green light to continue implementing the plan, and at times we set a resubmit date to see if they have addressed the concerns we have raised.”

Ms Motseko said the council would then decide if all standards had been met or not.

“Programmes that have not been accredited will go through this process. I must further explain that in instances where some programmes are not accredited, such institutions would immediately stop the intake process,” she said.

“In the case of Limkokwing, the institution will continue to admit new students for the 2016/17 academic year.

“However, if they have not met the standards by the end of 2016/17, they will be forced to immediately stop the intake until they have met the set standards.”

Ms Motseko reassured LUCT students that the three programmes were still valid and met the requirements of their 2013 review.

“Various institutions offer similar courses with similar names, but their approach and strategies differ,” she said.

“It may also happen that they produce different graduates. What I am trying to say is that people have different strategies and there are areas where they have strengths and weakness and naturally institutions are expected to improve.

“In 2016/17 they will continue admitting new students but in 2017/18, the expectation is that they will only admit students if they have addressed the areas of concern.”

On his part, LUCT Corporate Secretary, Advocate Tefo Macheli, confirmed receiving the ultimatum saying: “We received a letter dated 18 January 2016 informing us of CHE’s decision not to accredit these three programmes as they didn’t meet set standards.

“However, the Minister of Education and Training (Dr Mahali Phamotse) made a decision that the university should continue to offer these courses while working on the areas of concern raised by CHE.”

He said they were working hard to address the areas of concern, and would fully implement the recommendations to ensure the programmes meet all the set standards.

“We are committed to working with CHE and are going to address the areas of concern raised in their report. We will effect changes on our programmes as soon as possible,” Advocate Macheli said.

“However, this does not mean that graduates of the three programmes would be holding lesser qualifications compared to those who will see these changes.

“It simply means CHE wants us to ensure that our programmes meet the standards of the changing world.”

Adv Macheli also assured members of the public that LUCT qualifications were valid and could be used to seek employment or seek admission at tertiary institutions in both South Africa and outside the southern African region.