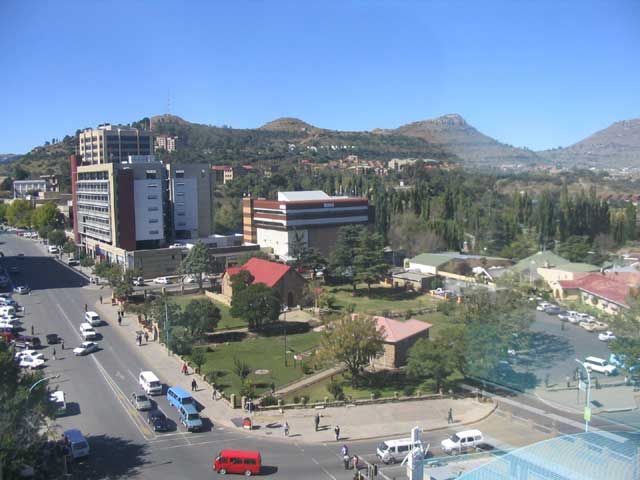 MEMBERS of the Lesotho Chamber of Commerce and Industry (LCCI) say its management no longer has the mandate to lead the business federation since they did not hold mandatory elections in 2014.

They accuse management of keeping members in the dark about LCCI’s operations and financial status adding that an annual general meeting was last held in 2011 even though they should be held after three-year intervals.

For his part, LCCI President Ntaote Seboka said they opted against holding elections because of a power struggle in the organisation which had political connotations.

Established in 1976 as a national and broad-based business association, LCCI is mandated with addressing a wide range of issues affecting the business community.

Dubbed “the voice of business”, LCCI’s objectives include the promotion of internal and external investment as well as the mobilisation of resources for industrial development.

Ordinary members consist of individual enterprises, associate members are large corporates, while affiliate members are institutions or associations whose objectives align with the chamber.

Affiliate members, the Maseru and Mafeteng chambers of commerce and industry, told the Lesotho Times that the flouting of the LCCI constitution had a negative effect on the development of the private sector.

Maseru Chamber of Commerce and Industry Chairperson, Motseki Nkeane, said the tenure of the current LCCI management expired in 2014.

“Yet they continue to be in office in contravention of the chamber’s constitution,” he said, adding that the constitution states that elections for the management board, executive board and district committees should be held every three years.

Mr Nkeane said LCCI had also failed to hold quarterly management meetings since the current administration took office. The dearth of meetings for the chamber, he said, left members in the dark and created room for corruption.

“My major concern is that the unconstitutional operation of the chamber could have a rub-on effect on the performance of the rest of the private sector,” Mr Nkeane told Lesotho Times in a recent interview.

Given that the LCCI management no longer had a mandate, he said, they could very well have objectives parallel to those of the members.

“In 2014, we wrote to them about this issue and they expressed an understanding of our concerns. But, to date, nothing has been done about it.”

In July this year, Maseru Chamber of Commerce and Industry again wrote a letter to LCCI requesting documents and information on the operations of the chamber from the financial year 2012/13 to 2016/17. However, there was again no response from the chamber.

‘Makotela Moeketsi, who is the chairperson of the Mafeteng Chamber of Commerce and Industry, echoed the sentiment, saying the “unusual” LCCI operations had dampened the spirits of members at the district level.

“I think for this issue to be addressed, other members affiliated to LCCI have to come out and speak against it,” she said.

Former LCCI president, Abraham Mpokathe, chipped in saying past presidents were contemplating convening a meeting to address the “worrying” state of affairs in the chamber.

He also urged the chamber’s management not to allow themselves to be embroiled in political fights and to focus on fulfilling their mandate.

For his part, LCCI President Ntaote Seboka, said they were unable to hold elections because of fears that political apparatchiks would “penetrate” the chamber.

Without elaborating, Mr Seboka said some politically-aligned people had tried to muscle their way into the chamber prompting the holding off of the elections. Plans were afoot, he said, to regularize the operations of the chamber “since the political situation in the country is beginning to stabilize”.

“We could not take that risk (of holding the elections), since the chamber is supposed to be an apolitical institution,” he said.

“On the 10th of this month, we held a management board meeting in a bid to regularise the operations of the chamber. We discussed the steps needed to steer the organisation towards operating within the constitution. We have resolved to hold another meeting in early November to discuss the way forward.”

Touching on the disgruntled LCCI members, Mr Seboka said they were open to hearing their concerns provided they paid up their subscription fees.