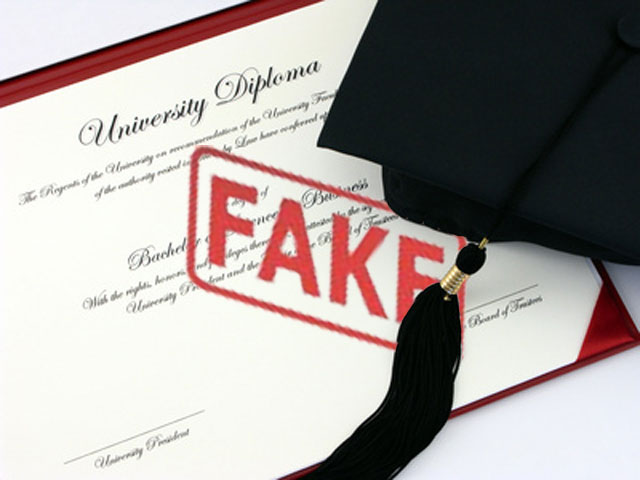 The Christian Council of Lesotho (CCL) fired its general secretary, Thabiso Mokobori, this week for allegedly using a fake degree to get a job at the institution.
According to CCL sources, Mr Mokobori reportedly used fake Bachelor’s and Master’s degrees from a South African university to get employment at the CCL in December last year. Before his CCL appointment, Mr Mokobori was a driver for the Democratic Congress (DC) deputy leader, Monyane Moleleki.

“Since becoming the CCL general secretary, the Christian community had been complaining that his appointment had politicised the organisation because of his links with Moleleki, and that his constant public statements on the country’s politics, and political ambitions, were bringing the CCL into disrepute.

“This was after questions had also been raised about his qualifications, which were later found to be fake, leading to his dismissal on Monday this week,” said one of the CCL sources.
Meanwhile, the CCL spokesperson, Peter Potjo, was appointed acting secretary on Tuesday this week, and would continue in this role until the end of this month.
“Following the CCL executive meeting held on Monday this week, I was assigned an additional duty of acting general secretary of the council. I was not given reasons why and as an employee here, I just accepted that instruction,” Mr Potjo said.

Mr Potjo flatly refused to comment on Mr Mokobori’s dismissal, adding: “I can’t confirm anything about Mr Mokobori; I don’t even know his whereabouts.”
However, Mr Potjo’s appointment letter as acting general secretary was signed by the CCL vice-chairperson, Matjako Nkhahle, who further indicated: “Further details will be communicated to you after the executive
committee meeting of 30 July 2014”.

Contacted for details regarding the issue, Ms Nkhahle said she was not in a position to comment.
“What I can only say is there is an issue around Mr Mokobori’s position. The CCL will make a press statement about the issue at the appropriate time.”

The Lesotho Times tried to get in touch with Mr Mokobori, and on Tuesday, he promised to call the reporter back as he was in a meeting at the time.
He never honoured the promise.

‘Let’s exorcise the demons of the past’