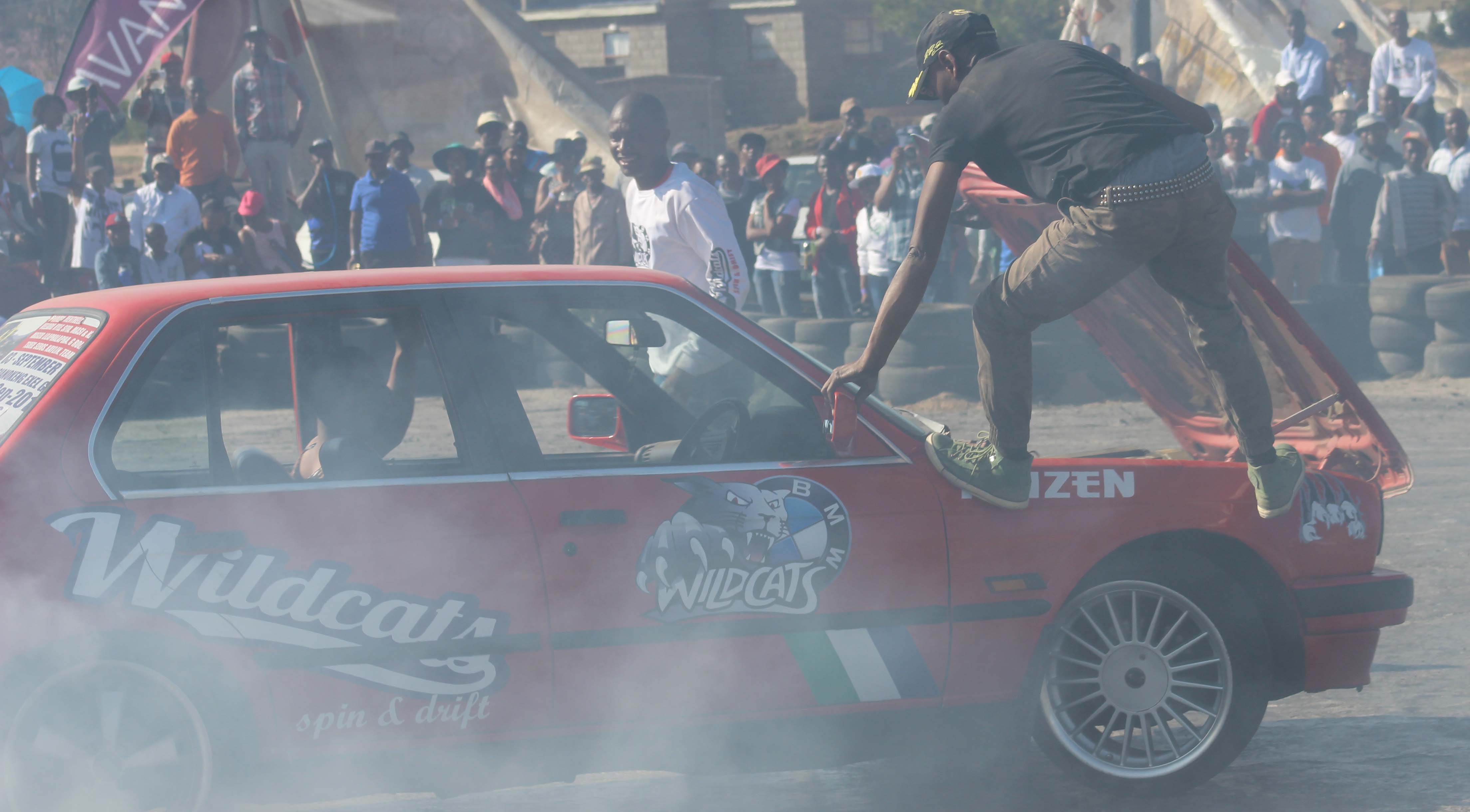 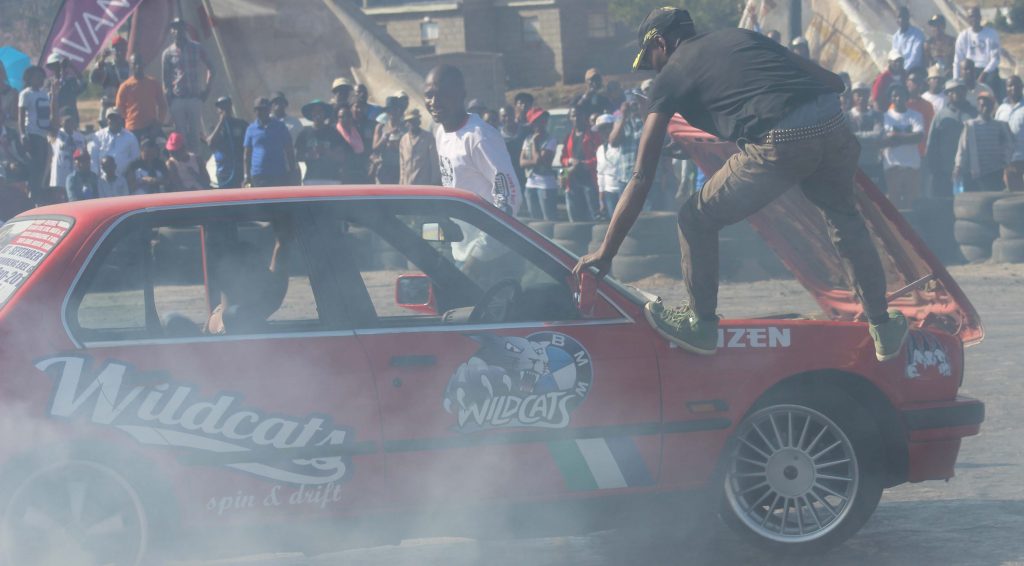 The event marked the launch of the newly-formed Wildcats Spin and Drift Association and was also held to raise funds for the purchase of sanitary ware the association intends to donate to vulnerable girls in the country’s 10 districts.

Local and South African spinners performed their best stunts as if there were huge prizes at stake. The legendary General Masi from Bloemfontein proved he is still the best while the hosts, Wildcats, also endeared themselves to spectators.

Fifteen-year-old Kayla from Kimberly in South Africa dazzled the crowd with expert maneuvers she performed with her white Gusheshe (car). She expertly negotiated through an area barricaded with tyres without hitting the walls or endangering the spectators. She shocked all and sundry by stepping out of the spinning car, leaving it to continue spinning on its own- a skill that takes a lot of practice and audacity to perfect.

Kayla told the Weekender of her delight in contributing to bringing positive changes in the lives of vulnerable women.

“Spin and drifting is believed to be a sport for criminals, but I hope everybody will now understand we are just normal people who do this as a form of entertainment,” Kayla said while her car’s tyres were being changed so she could resume spinning.

“As a young lady contributing towards ensuring that destitute girls get sanitary pads, I believe I will inspire others to lend a helping hand in this global crisis.”

Kayla also revealed she had been spinning and drifting since the age of 13 and participated in over 40 shows.

“I learned to drift from my father in 2014 and was taught different skills by my uncle. As a young girl I was able to quickly grasp and soon I was participating at a spin show back in Kimberly.

“I didn’t take long to develop the courage to perform many stunts and that was because I was eager to inspire different ladies to realise that we can also conquer the man’s world.

“I have performed at over 40 shows around South Africa and this is my second in Lesotho. My ultimate goal is to be recognised as the best international female drifter and I am hoping to achieve that next year at the biggest spinning show in Namibia,” she said.

Wildcats spokesperson Bofihla “Lilaphalapha” ‘Neko expressed gratitude to Basotho, adding they were humbled by the support they got even before the show started.

“Basotho had already started donating sanitary pads at Pioneer Mall where we had placed a box which shows they support our goal of spinning for change,” ‘Neko said.

“This was a very big show resulting in high expenditure. We are currently settling bills and then we will see how much will be left over to buy more sanitary towels. We will invite different stakeholders and media organisations when we hand them out to prove we are devoted to helping the needy.

He also said that Wildcats was a movement bringing together different people besides spinners.

“We will stage various entertaining events throughout the month and from the proceeds, we will continue to contribute towards the purchase of sanitary towels. The aim is to make monthly donations,” he said.

Likuena drubbing should be a wakeup call