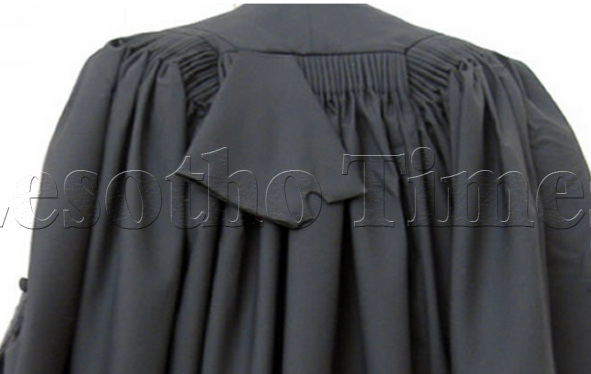 One of Lesotho’s oldest and most respected law firms, Webber Newdigate, has essentially accused one of its former partners of turning into a rogue by wantonly breaching his contractual obligations and violating every lawyer’s oath to respect and uphold the law.

The firm will thus ask the High Court today to ban Albertus Jacobus Kleingeld from practicing law in the Maseru district for 12 months.

Webber Newdigate has operated in Lesotho for nearly 30 years now. It maintains offices in both South Africa and Lesotho, a hugely convenient situation for some of its clients because of the political and economic interconnectedness of the two countries. Webber Newdigate’s partnership in South Africa, Webbers, has existed for over 100 years.  The law firm has been an incubator of talent in both countries with many of its lawyers having become judges and others assuming top legal advisory services in blue chip companies.

Albertus Jacobus Kleingeld has been a partner at Webber and Newdigate in Lesotho and South Africa since 1 August 2014.

Mr Kleingeld, who had become a familiar face in Lesotho’s fledgling cannabis industry via his work on behalf of Webber and Newdigate, is now facing accusations of going rogue and violating the strict behavioral standards expected of lawyers. This by abruptly quitting his job without serving the requisite six month notice period to allow for an orderly transition and then seeking to “steal” clients from his former partners.   He also stands accused of not observing his 12 month restraint of trade agreement with Webber Newdigate, effectively engaging in unlawful competition in breach of all his fudiciary duties, among other violations.

Webber Newdigate has thus filed an urgent application at the High Court to interdict Mr Kleingeld from practicing law in Lesotho for a period of 12 months and from “stealing” the firm’s clients, among other reliefs sought.  Barring unforeseen circumstances, the case is due to be heard today.

Zurayda Mayet, a candidate attorney at Webber Newdigate, who is accused of teaming up with Mr Kleingeld to enable the latter to nicodemously evade his fiduciary duties is cited as another respondent as well as a company called Mayet Holdings.

Webber Newdigate wants the court to bar Mr Kleingeld from “approaching, contacting, soliciting and/or dealing with clients of Webber Newdigate, including all persons and operations with whom the first respondent (Kleingeld) had dealings with during his employment at Webber Newdigate.”

The case is expected to put to the test the courts’ resolve in enforcing contractual obligations stemming from restraint of trade agreements. Jurisprudential precedents on such complex matters are still very thin in Lesotho.

Mr Kleingeld’s opposing papers, if any, were not yet on file at the High Court at the time of going to print yesterday.

In his affidavit, James Grundlingh, one of the eight partners at Webber Newdigate in Lesotho, and its counterpart partnership in South Africa, Webbers, basically accuses Mr Kleingeld of being a very dishonest lawyer and of wantonly clobbering the terms of their valid partnership agreement to gain advantage for himself at the expense of all the other partners.

The agreement prescribed a six month notice period for any partner wishing to quit the partnership. It also forbid any partner quitting the partnership from practicing as an attorney, notary, conveyancer “whether on his own account or in partnership or in the employment of any other person, within the district of Maseru, for a period of 12 months after the date of termination of the partnership.

“The effect of these terms is that a partner wishing to retire from the partnership, in the sense of living it, is obliged to give six calendar months’ notice of such retirement and devote himself to his partnership duties during the notice period….,”  Mr Grundlingh states in his affidavit.

“The provision of this notice period is intended to provide an orderly, thorough and effective transfer of responsibilities and duties by the retiring partner.

“On having concluded his duties during the notice period the retiring partner remains subject to a restraint in favour of the applicant (Webber Newdigate) from practicing in the district of Maseru for a further period of 12 months.”

He alleges Mr Kleingeld had opted to violate all these provisions of the partnership agreement despite that he was entrusted with running the firm’s commercial law department, its most important and profitable, because it dealt with substantial commercial matters in Lesotho for large corporations. Webber Newdigate had as a result invested substantially in building its commercial department and empowering its personnel.

After the legalization of cannabis farming in Lesotho for medicinal purposes, the firm had sent both Mr Kleingeld and Ms Mayet to America and South Africa to gain expertise in the field and raise the law firm’s profile.  Because of his position as a partner, Mr Kleingeld also became aware of the firm’s confidential information including client details. Ms Mayet, as a candidate attorney, also had fiduciary duties to the company, the papers state.

Mr Kleingeld originally resigned on 27 June 2019 by way of a letter which violated the six month notice provision in that he wanted to leave the   firm on 31 July 2019. While in that resignation Mr Kleingeld had promised a smooth handover of files, nothing was done to effect that, the court papers state.

A meeting had then been held at which Mr Kleingeld’s grievances were discussed and he did not make any further plans to handover files, which was interpreted to mean that he was not proceeding with the resignation. He subsequently wrote an email on 1 August 2019 alerting his partners that he was proceeding with the resignation. That still did not comply with the six months’ notice period required in the partnership agreement.

Still Mr Kleingeld remained and attended a partner’s meeting of 24 August 2019 during which created he the impression he was not leaving and declaring that “I am in” after he was asked whether or not he was still with the firm.  But on September 6 2019, Mr Kleingeld expressly told Mr Grundlingh that he was leaving.

According to the court papers, the other partners tried to draw Mr Kleingeld to his violation of his contractual and fiduciary obligations to no avail.  Mr Kleingeld had tried to justify his early departure on the basis of leave accumulated but this too was found to be problematic as he hadn’t accumulated any such days with the consent of his partners as required in the partnership agreement.

It was later established that Mr Kleingeld had registered a personal liability company in South Africa on 23 September 2019 called AJ Kleingeld Incorporated.  On the same day, it was also established that another company, Mayet Holdings, had been registered in Lesotho with Ms Mayet and her sister, Raeesa, as directors and shareholders.   Ms Mayet had coincidentally left Webber Newdigate at about the same time with Mr Kleingeld.

It is now being alleged in the court papers that the two had essentially connived to use Mayet Holdings, which was listed as a consulting firm, to circumvent Mr Kleingeld’s restraint of trade obligations in Lesotho.

Mr Kleingeld is also accused of actively luring Webber Newdigate’s clients to himself and Ms Mayet. He had also allegedly neglected his duties as a partner to facilitate his intention to lure away clients on the pretext that he would provide them a better service after leaving Webber Newdigate.

Mr Kleingeld had also allegedly bastardized files of Webber Newdigate cliente he had been handling. This had been discovered after he had left and when remaining partners were working on these files to ensure that there was continuous service to clients.  Other files were totally missing, having essentially been unlawfully taken away by Mr Kleingeld, the court papers allege.  Investigations had shown that Mr Kleingeld had completed work for one of Webber Newdigate’s top clients after he had left the company in breach of his contract and after unlawfully taking that client’s file.

Webber Newdigate thus wants the court to Interdict Mr Kleingeld from continuing with his “prejudicial behavior” in concert with Ms Mayet. It wants Mr Kleingeld to be made to suffer the consequences of his “unlawyerly” behavior.

In the meantime, Alex de Wet, has ably taken over the cannabis work, among other duties, that Mr Kleingeld had been handling before his disruptive departure. Mr Kleingeld had also been key to efforts of organizing cannabis licencees into an association to enable them to tackle industry problems with one voice.