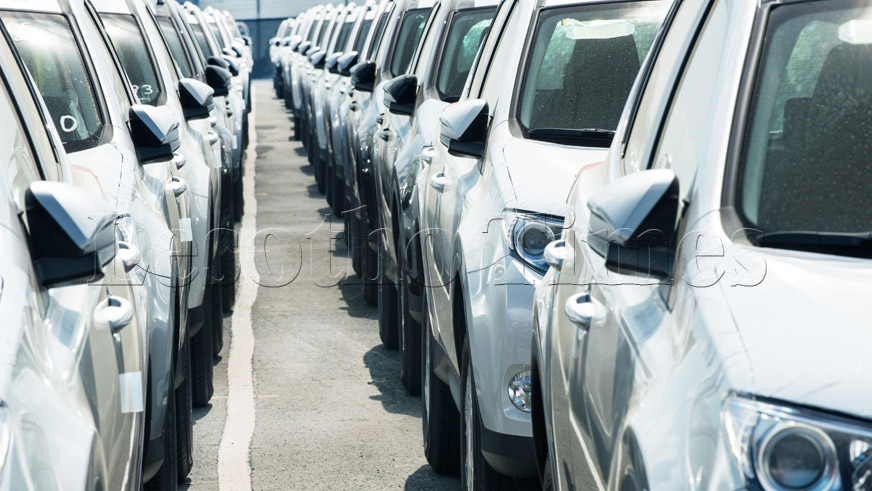 THE Directorate of Corruption and Economic Offences (DCEO) yesterday charged businessmen, Teboho Tlokotsi and Tumo Ramonaheng, with corruption in the procurement of the government vehicle fleet.

Messrs Tlokotsi and Ramonaheng appeared before Maseru Magistrate, Senekale Qobolo, who released them on M2000 bail each and set 20 to 21 January 2020 as their trial dates.

According to the charge sheet, the two are charged with contravening the Prevention of Corruption and Economic Offences Act after allegedly “accepting or attempting to accept” bribes totalling M234 000 from the Democratic Congress’ Senqu legislator, Likeleli Tampane, and several others to facilitate the hiring of their vehicles  for the government fleet.

The tender process for the procurement of the government fleet, which was held in September 2018, failed to yield the required 341 vehicles after hundreds of applications were disqualified for failing to meet the requirements.

Finance Minister Moeketsi Majoro first announced in March 2018 that cabinet had resolved to lease 1400 vehicles from Basotho who include taxi operators, disabled groups, youth, women’s groups and legislators who were not cabinet ministers.

Others who were excluded from tendering were senior government officials such as directors in ministries, principal secretaries and deputy ministers.

The finance ministry however, received information that some of these officials could have either sneaked in their bids or used ordinary Basotho as “fronts” when the tender bids were submitted last September.

The DCEO was then roped in to investigate these allegations and according to sources, it discovered that some desperate vehicle owners were made to pay as much as M40 000 to have their vehicles leased to government. The DCEO subsequently came under fire a week ago from the Director of Public Prosecutions (DPP), Hlalefang Motinyane, who told the Public Accounts Committee (PAC) that she was surprised that the anti-corruption body had not prosecuted high profile suspects for corruption in the fleet tender almost four months after she had directed it to prosecute.

In terms of the DCEO Act, the anti-corruption body only prosecutes cases after getting then consent to do so from the DPP.

Adv Motinyane made the remarks a week after the DCEO’s suspended Chief Investigations Officer, Thabiso Thibeli, told PAC that the DCEO’s investigations pointed to the Finance ministry’s principal secretary Motena Tšolo, Senqu legislator Likeleli Tampane, Messrs Tlokotsi and Ramonaheng and one ‘Mafusi as the suspects in the alleged fleet tender corruption.

Mr Thibeli accused DCEO Director General, Mahlomola Manyokole, of ordering his suspension to punish him for investigating some individuals who could be his (Adv Manyokole) friends for  corruption in the procurement of the government fleet. Mr Tlokotsi had been particularly cited as an ally of Mr Manyokole.

However, Adv Manyokole vehemently denied allegations that he sought to block any high profile cases from being prosecuted. He told PAC that he had forwarded all the case files to the office of the DPP for prosecution and recommended that all suspects be prosecuted except for PS Tšolo because there was no substantial evidence against her.

“I realised that Ms Tšolo’s alleged involvement in the fraudulent awarding of tenders for the government fleet was just a political agenda being pushed against her.

“But I submitted the docket to the DPP. I did not remove anything from it despite my discovery that there was only hearsay evidence against PS Tšolo,” Adv Manyokole said.

But only Tlokotsi and Ramonaheng were charged yesterday while Ms Tampane has been named among those who offered them bribes. She is alleged to have paid M4000 to Tlokotsi.

In addition to the M2000 bail each, Magistrate Qobolo also ordered Tlokotsi and Ramonaheng to each pay M10 000 surety. Tlokotsi’s charging in particular vindicates Mr Manyokole’s stance that he was not protecting him.