Bullying in schools borders on criminality 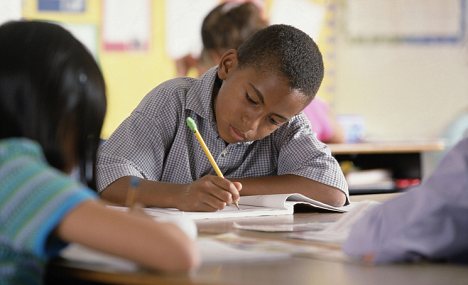 THE first of June is celebrated globally as International Children’s Day and Lesotho joined the rest of the world in the commemorations.  However, these celebrations cannot detract from the problem of bullying in schools in particular.  Most of us, in one form or another, at some stage or another have experienced bullying at school, yours truly included.  Ground breaking research on bullying was conducted in the 1970s by the Norwegian researcher Dan Olweus, who exposed widespread nature and harm of school bullying. The findings of this research apply in equal measure to Lesotho.

Bullying has two key components:  repeated harmful acts and an imbalance of power. It involves repeated physical, verbal or psychological attacks or intimidation directed against a victim who cannot properly defend themselves because of size or strength or because the victim is outnumbered or less psychologically resilient.

Bullying includes assault, tripping, intimidation, rumour-mongering, isolation, demands for money, destruction of property, theft of valued possessions, destruction of another’s work and game-calling. However, as the heading says, some actions of bullying constitute criminal conduct such as sexual harassment, ostracism based on perceived sexual orientation or the embarrassing of new entrants to initiation rituals.

Indeed some acts of bullying had to be brought before the courts for prosecution as they are evidently criminal. My reading of the Constitution of Lesotho 1993 and the Penal Code Act, 2010 substantiate my view that they ought to be prosecuted.

Section 8 of the Constitution provides: “No person shall be subjected to torture or to inhuman or degrading punishment or other punishment”.  Under the “Offences against the person”, assault is committed by “a person who intentionally applies unlawful force to the person of another commits the offence of assault”.  Section 3(1) provides” “a person who assaults another in circumstances where one or more of the factors contained in subsection (2) are present commits the offence of assault”.

For instance, this includes the intentional causing of serious bodily injury or nay forms of assault up-to section (h).

As earlier indicated, hazing is a typical example of bullying that goes beyond harmful acts and get into the realm of criminal conduct.  A classic example of hazing in Lesotho is what happened at Lerotholi Polytechnic, affectionately called Fokothi.  Hazing is upper-level high school or tertiary institution students’ imposing painful embarrassing rituals on new students.  Indeed, at Fokothi, it went as far as a number of students paying the ultimate prize for this unfortunate treatment.

However, because I believe that the unfortunate incidents at Fokothi are still under police investigations for possible prosecution and in deference to the sub-judice rule that prohibits public discussion of cases that are pending before courts, I propose not to go any further with the Fokothi incidents.

The purpose of this article is to however, in view of the recently-celebrated International Children’s Day, put into perspective the problem of bullying at schools. Though no extensive reported research has never been conducted in Lesotho regarding bullying, at least that I know of, Lesotho is no exception to this problem.  My empirical understanding of the problem in Lesotho is that bullying starts at the home.

When parents repeatedly engage in violence and bullying in the home, this problem inevitably manifests itself in the child who more often than not becomes a bully at school. He comes to understand bullying as the inevitable product of his relations with fellow pupils.  He sees bullying just as a-run-of-the-mill behavioral trait that, in his flawed view, is acceptable in everyday life.  It is not for nothing that there is the old adage that says charity begins at home.

Parents are therefore equally responsible as teachers in regulating the behaviour of their children both at school and outside. The message that parents convey to their children either by their conduct or expressly is very important in how such children conduct themselves in future their relations with others.  Learners, as a result, become violent at school, carry weapons and drugs to school in pursuance of their favourite pastime: bullying.

Parents and teachers alike are expected to nip this caner in the bud before it permeates our school environment.  In common parlance we say a fish rots from the head to the tail.  This is very true also with bullying.  Violent students inevitably become violent parents even in adult life.  Bullies at school, research has shown, are more likely to develop a criminal record than their peers, if no early or at all, intervention is not brought to bear.

Bullying generally and at schools, in particular, is exerted as a means of gaining and retaining youth gang members and thereby compel them to commit crimes.

It is advised that bullying should be reported at the earliest opportunity to curb it at the onset. However, bullying is seldom reported, therefore difficult to pick-up at times.  Many victims fail to report bullying to parents or teachers.  As a result society generally and teachers, in particular, tend to underestimate the extent of bullying in their schools. This general apathy towards reporting bullying is due to a variety of factors.  These are but not limited to: fear of retaliation by the bully, feeling of shame at not being able to stand-up for themselves. Victims are afraid of being labelled sissies, and therefore likely to be ridiculed.

Furthermore, victims of bullying have an understandable innate fear that they will not be believed by anybody. If it is among children at school, they do not report bullying because they worry that their parents unnecessarily.  Bullying is therefore typically very difficult to gauge it’s extend so as to uproot it from school.

The other factors that make victims very reluctant to report bullying is that victims do not have confidence that anything would change as a result of their reporting the mischief.  There is also the well-founded fear in the victim’s mind that parents’ or teachers’ advice would only make the problem worse.  In the worst case scenario, victims fear that the recipient of the problem that is the person it is reported to, as they sometimes do, would tell the bully who told him and thereby make the bully who told him and thereby make the victims situation even more worse.  Bullying like all criminal conduct or anti-social conduct is very difficult to report thereby making tackling the problem head-on very difficult, for the authorities or parents.

As Lesotho celebrated International Children’s Day, it is worthwhile for all stakeholders, that is parents, teachers and the police, in some instances, attach the importance that this chronic problem deserves.  Bullying at school, though not adequately researched and reported in Lesotho, has very serious social, economic and educational consequences.

Bullying leads to very low esteem, depression and eventually non-attendance of school by victims thereby destroying them academically.  Even if victims of bullying attend school, they frequently absent themselves from school for no valid reason other than being bullied and most of the time, when in class cannot concentrate on the schoolwork.  This is largely because bullying contrary to popular belief, occurs on school premises as opposed to outside school precincts.

Therefore, there is no need to create an environment conducive to good learning as opposed to create a fertile ground for bullying.  Though it is difficult to maintain it throughout constant adult supervision is critical to limit the chances of bullying.  Teachers, parents and supervisors should make interventions at an early age of learners to dissuade bullying.  Else the problem can fester to unmanageable proportions to the detriment of all of us.  These role players, have a huge collective responsibility to implement corrective and remedial measures to uproot bullying at school.

However, while those measures are taken we should also take cognizance of the fact if bullying is not nipped at an early age, such bullies are more than likely to be very anti-social adults when they grow up thereby perpetuating a culture of lawlessness in society.  It is therefore imperative that, mostly at urban schools though it might sound scary, that the police in conjunction with school authorities, carry-out school wide unannounced searches of pupils and premises.  This is because pupils also carry drugs, and weapons to school thereby terrorizing not only fellow learners but also psychologically and physically vulnerable teachers.

It goes without saying students who abuse drugs and carry weapons to school are bullies. All stakeholders are urged to celebrate International Children’s Day, with view to eradicating bullying among learners.  The youth are the bedrock of any nation and the future of Lesotho.  They need to be raised in the right direction to be law-abiding citizens and future leaders of this nation.

We cannot allow it if their collective moral fibre and conscience is eroded by bullying.  It is all our collective responsibility as society.