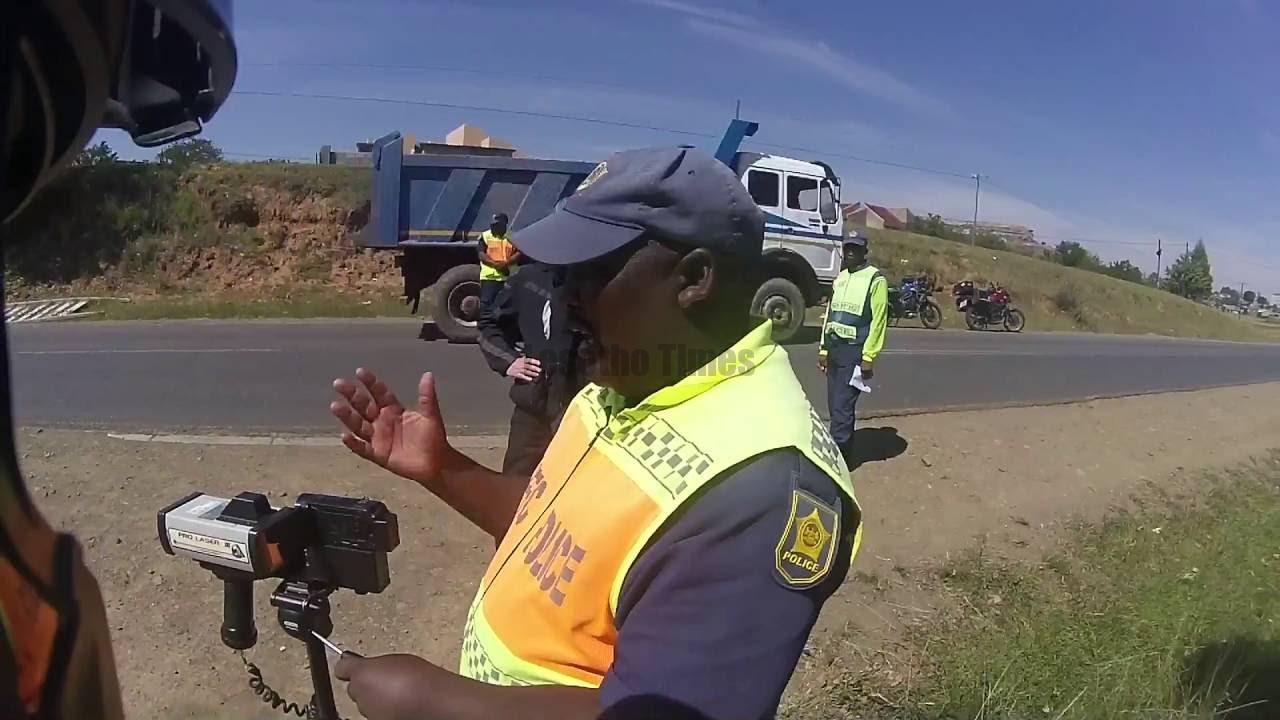 MALUTI Mountain Brewery (MMB) this week presented a roadblock trailer together with breathalysers to the Lesotho Mounted Police Service (LMPS) for use at road safety campaigns during the festive season.

The donation was part of MMB’s efforts to reinforce its commitment to ensuring community safety and promoting the responsible consumption of alcohol while making tangible contribution to the reduction of harmful use of alcohol.

MMB’s head of legal and corporate affairs, Thabang Tlalajoe, said that through road safety campaigns and MMB’s Smart Drinking initiative, the brewery aims to reduce the harmful use of alcohol and foster a culture of smart drinking and road safety.

“The brewery’s partnership with the police, the Department of Road Safety and the Road Fund aims to curb the excessive use of alcohol, particularly during upcoming the festive period,” Mr Tlalajoe said.

“The campaigns are expected to commence towards the peak period of the festive season and end in early January 2019.”

MMB launched the Global Smart Drinking Goals campaign in September this year, visiting various bars around Maseru to sensitise the operators about the importance of abiding with MMB’s code of conduct.

Mr Tlalajoe, told the Lesotho Times’ sister paper the Sunday Express in September that their focus was to reinforce MMB’s commitment of driving responsible enjoyment of its products which include Maluti Premium Lager, Flying Fish, Castle Lager, Carling Black Label and Hansa Pilsner.

“Our Global Smart Drinking Goals are focused on shifting social norms, consumer behaviours and our own business practices in order to make a tangible contribution to the reduction of harmful use of alcohol globally,” Mr Tlalajoe said.

“The MMB team and LLROA today visited selected stores around Maseru to monitor compliance with responsible use of alcohol codes of practice to ensure that our products are enjoyed responsibly.

“The MMB code of practice has to be displayed on each bar’s wall together with the traders license at all times. We do not just visit the beer outlets during the Global Beer Responsible Day but randomly and we interview the bartenders not owners because they deal with the consumers on daily basis,” he said.

Mr Tlalajoe also said that they enforce responsible drinking even on their staff. He said that they also run campaigns during graduation times of tertiary institutions along with the police and the Road Fund where the MMB supplies breathalysers, reflectors and cones which will be used at the road blocks to guard against drunken driving.

Adding to that during the launch of the September campaign, MMB’s national sales manager, Pusetso Twala, said that the brewer clearly outlined its policies to the bars which they supply and would take harsh measures if any of them is found guilty of contravening the code of practice.

“MMB’s code of practice has been designed in line with the law and we make it our responsibility to ensure that our clients abide by it.

“Our promotions are also in line with the alcohol policy in that we never host promotions that advocate for irresponsible drinking. Our deliveries are also done early so that the clients would not be forced to open beyond the operating hours because he got the stock late.

“If we find a client who does not abide by the code of practice, we sit down to rebuke him but if he fails, we then stop supplying him and then report him to the ministry of tourism which is responsible for awarding licences,” Mr Twala said.

“The LMPS did not have the trailer which MMB supplied us with while we no longer had breathalysers. The reflectors on the other hand will be an addition to those we already had. The equipment will enable the police to effectively execute road operations especially when it is dark. This means we are going to be in full operation this festive season,” Supt Mopeli said.