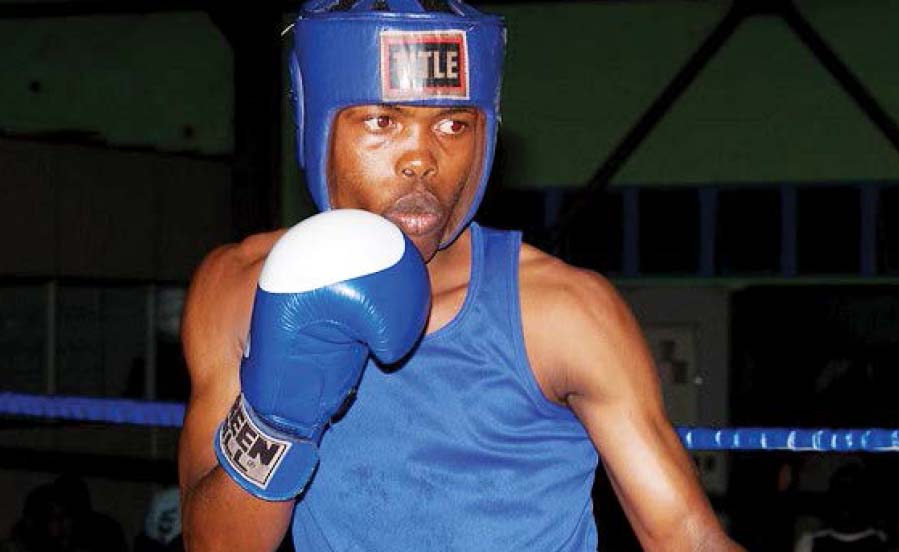 Boxer Inkululeko Suntele booked a place at the upcoming Olympic Games in Rio de Janeiro after reaching the final at the recent African qualifiers held in Cameroon.

Suntele ended the qualifiers in second place in the 56kg category but the runner-up finish guaranteed him a place in Brazil come August.

However, Suntele’s colleague, Moroke Mokhotho, was not so fortunate despite reaching the semis in the 52kg category in Yaoundé. Only the winners and runners-up were guaranteed qualification for Brazil 2016.

Mokhotho had another chance to qualify when he fought a Ugandan for third place. However, he lost the fight once again and is now in danger of not going to the Olympics.

Mokhotho has been flying the country’s flag high in international competitions over the years and took bronze medals at the 2011 and 2015 All-Africa Games.

Surely this boy is gutted after coming so close but missing out on a chance to represent the country at one of the world’s biggest sporting events.

I really feel sorry for him because he has always been outstanding and I feel he deserves another chance and if things were to be done my way, I would definitely make sure he is taken to another qualifying competition so that he tries his luck again because he has proved over and over that he is a good fighter.

Meanwhile, my argument remains that boxing has done very well for us internationally and I feel it is time our sports authorities put more resources into its development.

Boxing’s success goes back to the days of Sephula Letuka and Moses Kopo, who won bronze medals at the 2002 and 2006 Commonwealth Games.

Our athletes have always struggled to win medals in such big competitions, but boxing has never disappointed and always salvages something for the nation.

But with the look of things, Lesotho could go to the Olympics with less than 10 athletes, which would be a shame when you consider that other African countries would have as many as 60 competitors.

The other issue regards funding for our athletes. I think the Lesotho National Olympic Committee (LNOC) must get more scholarships for our athletes to ensure more of them benefit the same way that Lehata, Mokhotho, Suntele and others have done. This is because these scholarship beneficiaries transform into even better athletes and we reap the rewards as a country.

Surely, there are more athletes as good as Lehata and Suntele in Lesotho and all they need are good facilities and more resources to become even better.

Lesotho has never a medal at the Olympics and I have this feeling that we still have a long way to go before our athletes do, particularly when we take such small teams to this mega-tournament.

Time to nip crime in the bud