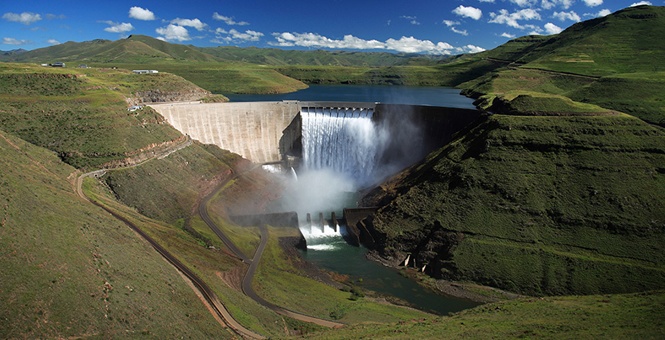 LESOTHO’S former chief delegate to the Lesotho Highlands Water Commission (LHWC), Reatile Thabo Mochebelele, will soon be extradited back home to serve his five-year sentence after his efforts to stay out of jail were dashed by a recent South African Supreme Court of Appeal ruling.

The South African Supreme Court of Appeal recently ordered that Mr Mochebelele, who skipped the country in 2008 soon after he was convicted of receiving bribes in the construction of the Katse Dam, should be arrested and committed to prison until extradition processes have been completed.

The judgment, which was delivered on 31 May 2019, ended Mr Mochebelele’s multiple attempts to remain a free man and ensure that he never returns to Lesotho to face the music after the Lesotho Court of Appeal found him guilty of receiving bribes on 17 October 2008.

Mr Mochebelele and his co-accused Letlafuoa Molapo, who has already served his jail term at the Maseru Central Prison, were found guilty of accepting more than M1, 8 million in bribes from German engineering company – Lahmeyer – on 17 October 2008.

It was in the late 1980s and early 1990s during the construction of Katse and the building of the Muela hydroelectricity project that Lahmeyer scooped lucrative tenders after bribing Messers Mochebelele and Molapo who were at the time serving as Lesotho delegates in the joint water commission.

However, at the time the apex court sentenced him to jail, Mr Mochebelele had already fled to South Africa and applied for refugee status. The Refugee Status Determination Officer however, denied his refugee application on 4 December 2009.

On 25 February 2010, the government of Lesotho applied for Mr Mochebelele’s extradition requested the neighbouring country to extradite Mr Mochebelele to Lesotho in “in order to effect the enforcement” of the sentence imposed on him.

The request was made in terms of the extradition treaty between South Africa and the Lesotho government signed on 19 April 2001 and subsequently ratified by South Africa on 29 November 2003.

Pursuant to that request, Mr Mochebelele was arrested by the South African authorities on 10 March 2010 and remained in custody until he was discharged by a magistrate in November 2012. While the extradition proceedings were under way, his appeal to the Refugee Appeal Board against the decision of the Refugee Status Determination Officer, was dismissed.

He then launched an application in the then North Gauteng High Court to review the dismissal of his refugee status application and the appeal was subsequently dismissed on 17 March 2014. Another application for leave to appeal against that order was dismissed by the high court on 19 September 2014.

In that notice, he sought an order among others, that the South African government grant him refugee status. This was based on his assertion that his trial and conviction in Lesotho amounted to political persecution. That application was still pending when this matter was determined in the court a quo.

He blamed the Deputy Prime Minister Monyane Moleleki, who was at the time the minister of natural resources, as a mastermind behind his prosecution and sentencing.

He told the South African asylum board that Mr Moleleki was bitter that he was fired as the public relations manager of the Lesotho Highlands Development Authority (LHDA), which fell under the commission then headed by the former.

Mr Mochebelele said immediately after Moleleki became minister of natural resources, the minister told him that he could not work with him because he was not attending Basutoland Congress Party meetings in the run-up to the 1993 elections.

However, Mr Mochebelele’s lengthy legal battle in South Africa to dodge the bullet in Lesotho ended last Friday when the South African Supreme Court of Appeal ordered that the former must be arrested and committed to jail until the Lesotho’s Minister of Justice and Correctional Service has completed processes that will ultimately culminate to the fugitive’s extradition to Lesotho.

“Save to the extent reflected in paragraph two hereof, the appeal is dismissed with costs. The order of the high court is substituted with the following:

“The order of the magistrate Randburg dated 16 November 2012, discharging Mr Reatile Thabo Mochebelele in terms of section 10(3) of the Extradition Treaty Act 67 of 1962, is set aside.

“A warrant of arrest is hereby authorised against the said Mr Reatile Thabo Mochebelele, who is to be committed to prison to await the decision of the Minister of Justice and Correctional Services with regard to his surrender to the Kingdom of Lesotho,” read the 31 May 2019 SA Supreme Court of Appeal judgment.

The judgment further directed the Supreme Court of Appeal Registrar to forward to the Minister of Justice and Correctional Services a copy of the record of proceedings in the Randburg Magistrates’ Court, together with a copy of the judgments of the magistrate, the Gauteng Division of the High Court, Johannesburg, and this court.

The SA Supreme Court said that Section 10 of the extradition treaty makes it plain that the magistrate who conducts an extradition enquiry must determine whether or not the person is liable to be surrendered to the foreign state concerned. In the case where the person is accused of the commission of an offence, extradition enquiry must determine whether or not there is sufficient evidence to warrant a prosecution in the foreign state.

It further states that if the magistrate makes a positive finding in relation to these matters, he or she has no residual discretion but to make an order committing that person to prison “to await the Minister’s decision with regard to his or her surrender”.

The judgment said Mr Mochebelele submitted before the magistrate that the extradition request was not made in good faith but for political purposes; alleging that the prosecution authority in Lesotho was being used by the Lesotho government as an instrument for political persecution of the appellant.

“Also, that the application to review the refusal of his refugee status was pending in the High Court. For those reasons, it was contended, the appellant should be discharged. The magistrate’s judgment is not a model of clarity. He devoted a considerable portion of it to the fair trial provisions enshrined in section 35(3) of the Constitution, without explaining the relevance thereof to the issue before him.

“Needless to say, those provisions bear no relevance to an extradition enquiry in terms of Section 10. Very importantly however, the magistrate made a finding that the provisions of Section 10 were satisfied. In other words, he was satisfied that the appellant had been convicted of an extraditable offence in Lesotho, and was thus liable to be surrendered to that country.”

The judge continued: “I pause here to mention that on this finding, the magistrate was obliged to order the committal of the appellant to prison to await the decision of the Minister with regard to his surrender. Despite being satisfied that the requirements of Section 10, as stated above, were satisfied, the magistrate took the view that he was entitled to take into consideration the fact that the refugee status application was pending, and to decide that it should be determined first. On that basis, he made an order discharging the appellant”.

Efforts to get a comment on the latest developments from the Minister of Justice and Correctional Affairs, Moletsane Mokhele, were unsuccessful this week as his mobile phone rang unanswered.