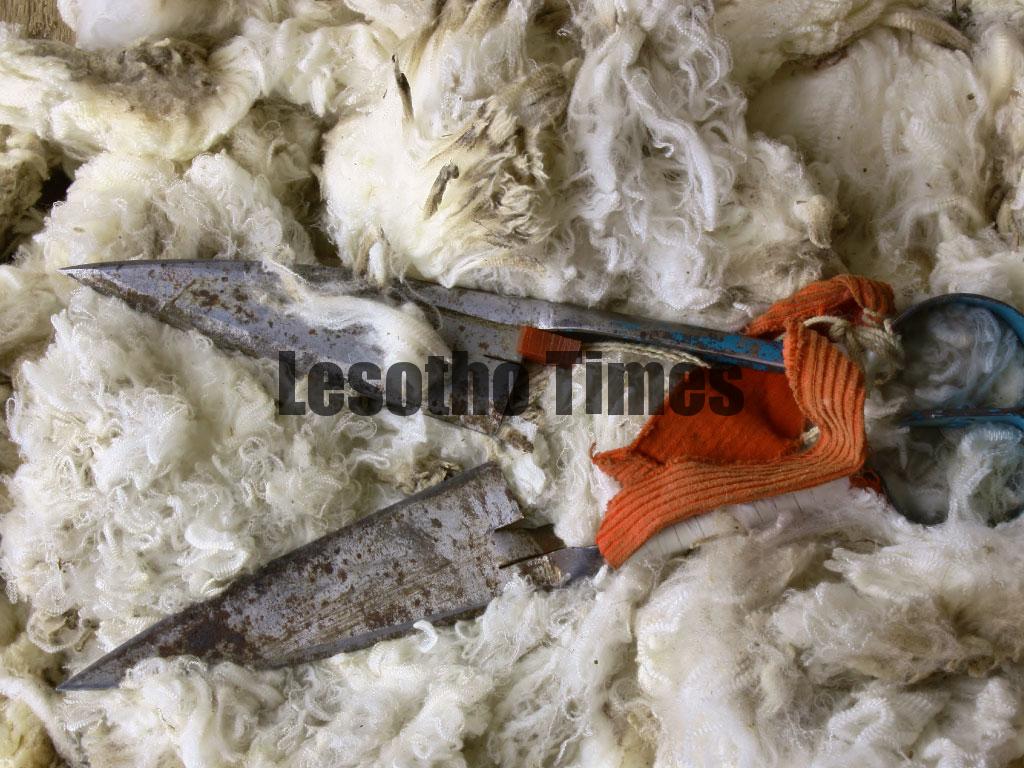 Mr Phori said this during a recent address to wool and mohair farmers in the Thaba Tseka district. The Thaba Tseka meeting is part of countrywide tours that Mr Phori is currently seized with along with his ministerial colleagues, Tefo Mapesela (Trade and Industry), Mahala Molapo (Agriculture and Food Security), Tlohelang Aumane (Development Planning) and Machesetsa Mofomobe (Deputy Minister of Home Affairs).

The ministers are on a mission to explain to farmers, the rationale behind the new Agricultural Marketing (Wool and Mohair Licensing) Regulations of 2018 which were recently tabled before parliament.

Among other things, the new regulations state that no one will be allowed to trade in wool and mohair without a licence from the Ministry of Small Business, Cooperatives and Marketing.

The regulations further state that “the holder of an export licence shall not export wool and mohair unless it is prepared, brokered, traded and auctioned in Lesotho”.

BKB, which has been selling wool and mohair on behalf of local farmers for the past 44 years recently registered in Lesotho to ensure compliance with the new regulations which have been described as draconian by the opposition.

Despite the company’s recent moves to comply with the new regulations, Mr Phori said the company remained on the wrong side of the country’s laws as it had been withholding taxes from the government which had since ballooned to M1, 4 billion.

Mr Phori said the BKB had not been paying tax despite deducting money from the farmers’ earnings over the years.

He further said the situation was made worse by the fact the company deducted value added tax (VAT) from the farmers’ earnings which was illegal as wool and mohair should not attract VAT.

VAT was introduced in July 2003 as an indirect tax levied on goods and services supplied in and outside Lesotho. It is only applicable to products and transactions where there has been value addition.

“BKB has not been paying tax for more than 40 years since it started operating in the country,” Mr Phori told the farmers.

“When you check on your pay slips you will see that tax has been deducted but BKB has never paid a cent to the government.

“It is also a criminal offence to deduct tax because wool and mohair is not supposed to be taxed. And the worst part is that when BKB has taxed you, it does not remit the tax to the government.”

He however, said despite the illegality of BKB’s actions and the huge amount it owed, the government would not take precipitous action and it was willing to negotiate with BKB to resolve the issue.

“We can sue them for M1, 4 billion tax arrears that it has fraudulently taken from the farmers and spent outside the country. But since we do not want to cause trouble, we just want BKB to do things right so that we can find a way to work with them,” Mr Phori said.

BKB’s relations with the government have been in the spotlight since the beginning of the year. Last month, Mr Phori accused BKB of disrespecting him and making ill-advised statements regarding the changes to the marketing of Lesotho’s wool and mohair.

This followed claims by BKB’s wool and mohair general manager, Isak Staats that the minister had been ill-advised to amend the legislation to prohibit Lesotho’s wool and mohair from being sold to international buyers from South Africa.

Mr Staats criticised the government decision, saying Mr Phori had been ill-advised to make a short-sighted and ill-informed move to stop the wool and mohair transactions in South Africa.

“The intention of the minister to change the law in order to prohibit the direct export of wool and mohair to South Africa is short-sighted and ill-informed.

“We operate in a free market system where any company has the right to exist if it adds value to the business of the customer.

“Lesotho producers and traders have been making the choice to do business with BKB for all these years for purely economic reasons,” Mr Staats said in a recent interview with this publication.

Before then, in January this year, BKB had to file a High Court application for the re-opening of its Standard Lesotho Bank account, which had been frozen by the Maseru Magistrates’ Court following a request by the police.

Police Spokesperson, Superintendent Mpiti Mopeli, said at the time that they requested the account to be frozen to enable police investigations into the alleged irregularities of cash flow.

When contacted for comment yesterday, the BKB General Manager, Mr Staats said they would release a press statement before the end of the week.