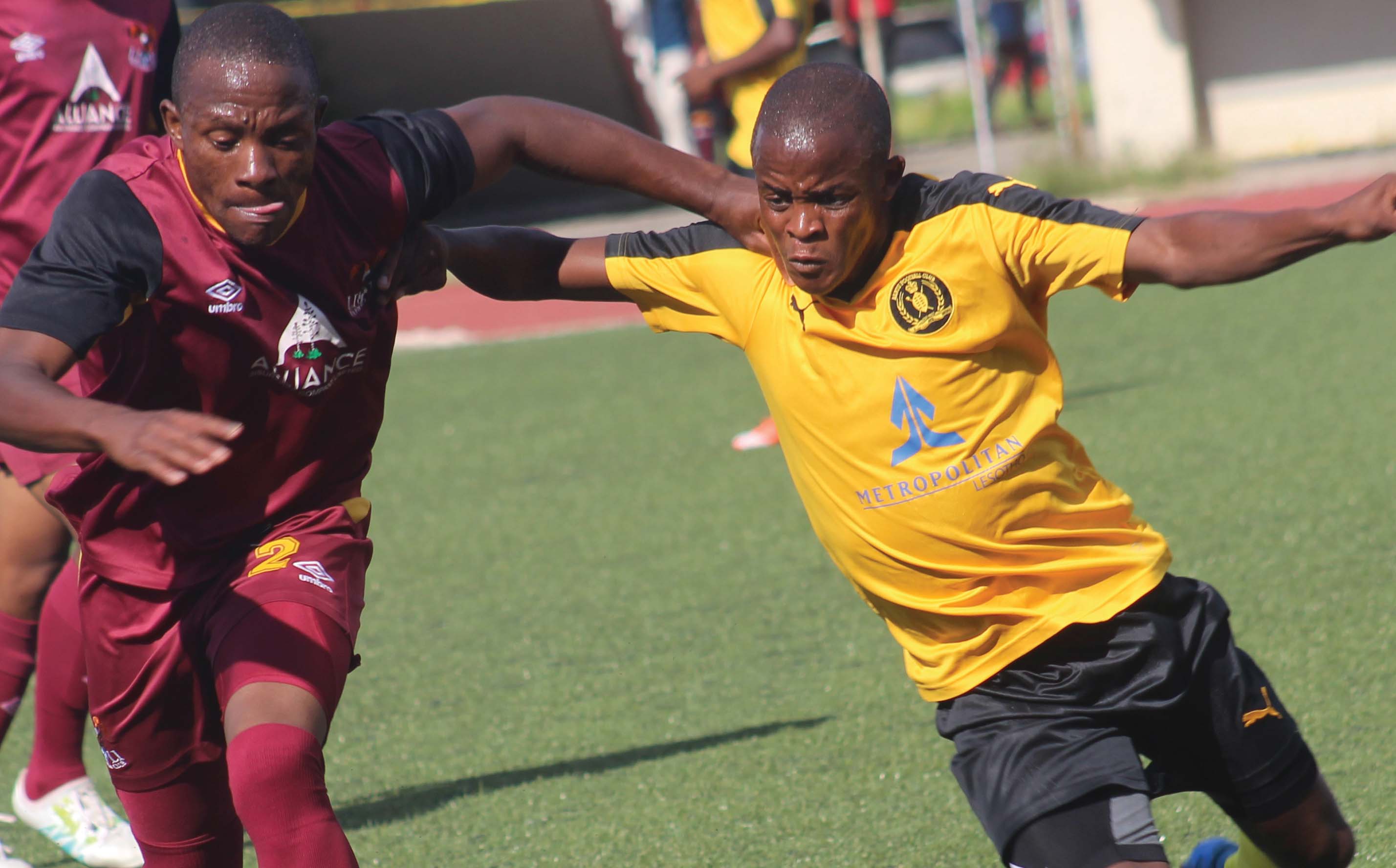 THE perfect start for defending premiership champions, Bantu, continues unabated four games into the season with the Mafeteng side yet to concede a goal.

A Matšo Matebele are on pole position on the Econet Premier League log, with 12 points, having routed Linare by three goals with no reply in a match played at Maputsoe DIFA Ground on Saturday.

Hlompho Kalake put the visitors ahead from the penalty spot before goals from Marabe brothers Litšepe and Mokone sealed the three points for the premiership pacesetters.

On the same day, Lioli were held to a goalless draw by Majantja who have been impressive since their return to top flight football.

The two dropped points mean that Tse Nala are no longer tied at the top of the table with bitter rivals Bantu.

The Motlatsi Shale-coached side has so far registered two victories and two draws from four league games.

Meanwhile, a match between Kick4Life and LCS at LCS Ground failed to produce goals on Saturday.

Masheshena are in third position while Kick4Life occupy ninth position on the log.

There were also no goals between Likhopo and Matlama at Ratjomose Barracks in Mosito Matela’s first match since replacing Seephephe Matete as Tse Putsoa coach.

Matlama are in seventh position with just one victory in five matches, while Likhopo lie in 11th place with just two points in the bag.

New signing Tšepo Toloane scored the solitary goal in the tie between LDF and Sefotha-fotha.

This was the second victory for the army side that is in sixth position on the Econet Premier League standings.

In a match played on Sunday, Liphakoe fought their way back from trailing Sky Battalion to take the three points in a thriller that produced five goals at LCS Ground.

Setho Moshoeshoe bagged a brace for Liphakoe with Letuka Mokhachane scoring the other goal for Likhopo while Sello Ramalaka and Bale Paseka scored the two goals for Battalion.