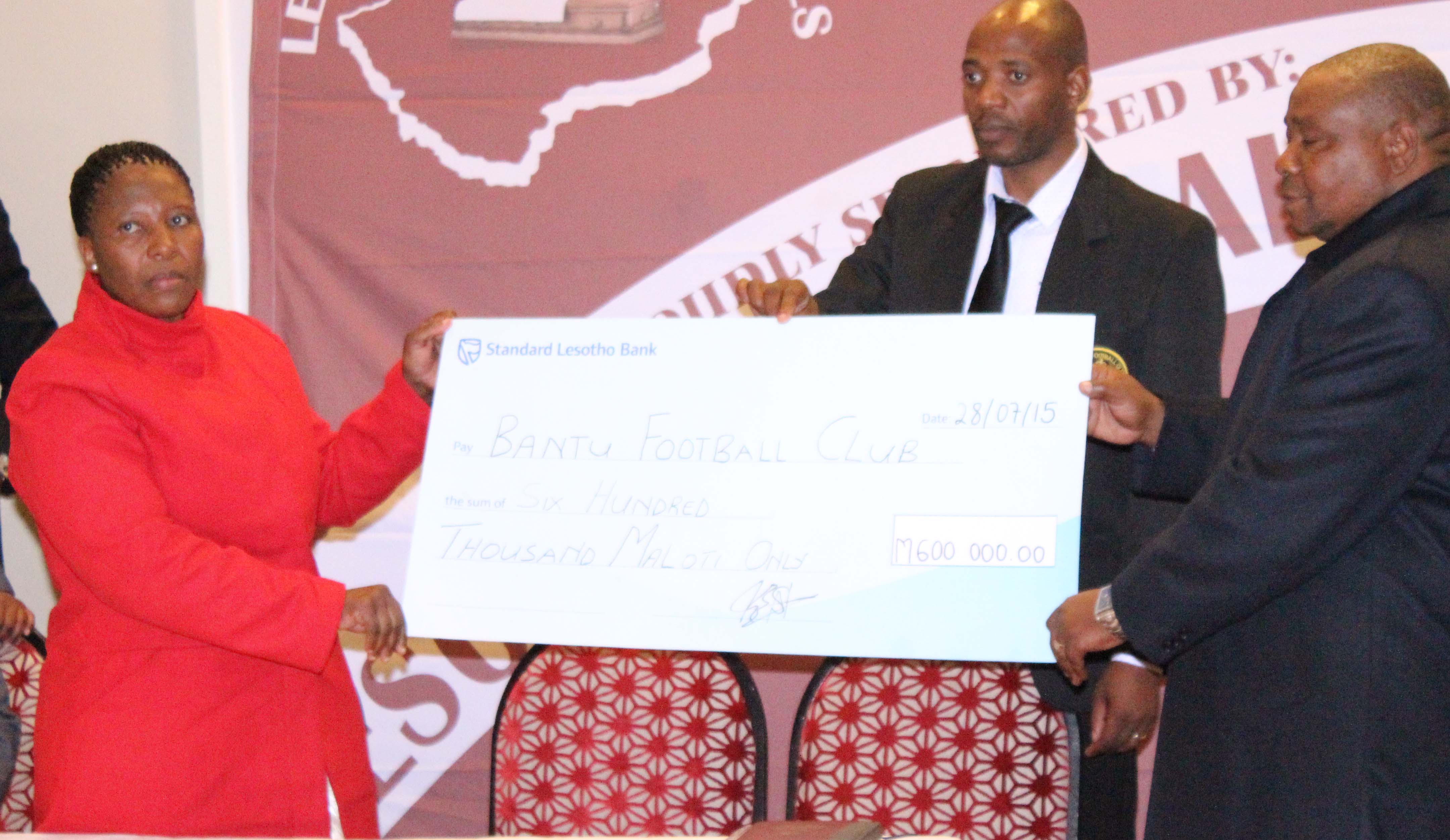 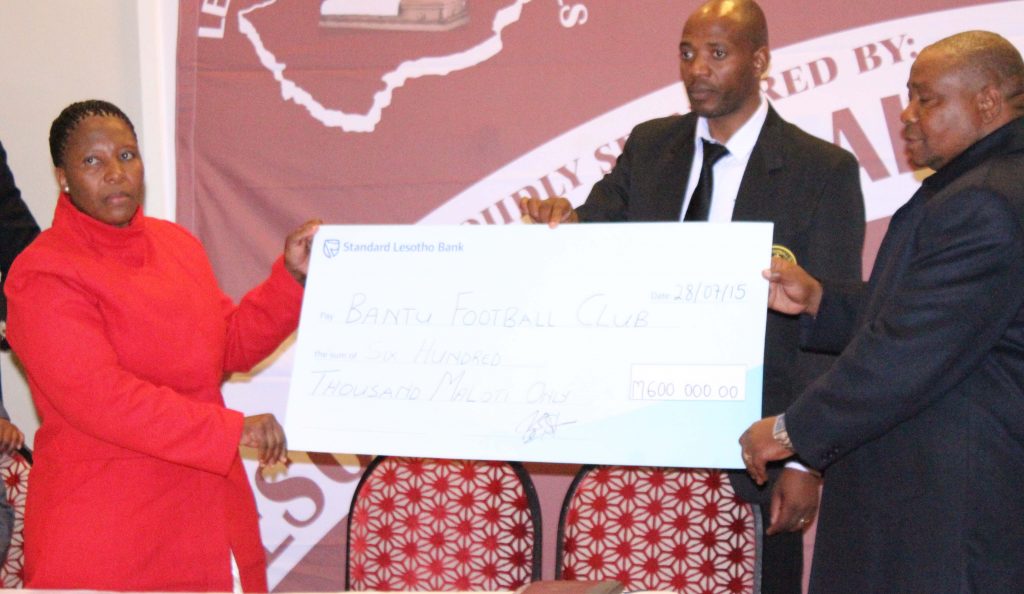 Lesotho Funeral Services (LFS) has unveiled a M600 000 five-year sponsorship and a luxury coach for Vodacom Premier League side Bantu.

The sponsorship — with the funding set to be disbursed in tranches of M120 000 per season—was unveiled on Tuesday this week in Maseru and is certainly going to boost the Mafeteng-based outfit’s fortunes in their quest to reclaim the league title they surrendered to Lioli last season.

In his keynote address at the handover ceremony, Bantu general manager Khabisi Molantoa applauded the funeral home for the partnership, which he said would play a big role in developing the Bantu brand.

“We worked with LFS last season when we were preparing for the 2015 African Champions League tournament; the company chipped in with M250 000 at the time and we are glad that they are back again, and have agreed to work with us for the next five years.

“This partnership is going to play a vital role in Bantu’s growth as a team,” Molantoa said.

“We have two camps, one in Maseru and another in Mafeteng, which means there will be a lot of movement between the two places by our players, so this money and coach could not have come at a better time for us. We desperately needed this boost as we strive to continue developing this great club.

“This is just the beginning of greater things as far as this partnership is concerned and we promise to work hard so that the next time we are gathered for a similar cause, the sponsorship is going to be more than what we are getting now since it is based on how this relationship is going to work out.”

On his part, LFS marketing officer, ‘Mamahooana Chokobane, said the sponsorship was part of the company’s corporate social responsibility and as result of the sound management at Bantu.

“These days, football has become big business and in this partnership, we will be working with Bantu to see that we grow the game in Lesotho. Bantu will be scratching our backs and we will be doing the same thing while this is also our way of giving back to the community,” Chokobane said.

Bantu’s sound management was one of the reasons LFS agreed on the partnership, Chokobane said.

“We have worked with Bantu before and I can safely say we are very impressed with how this club is managed and as a company, it feels good to be associated with people of this status,” said Chokobane.