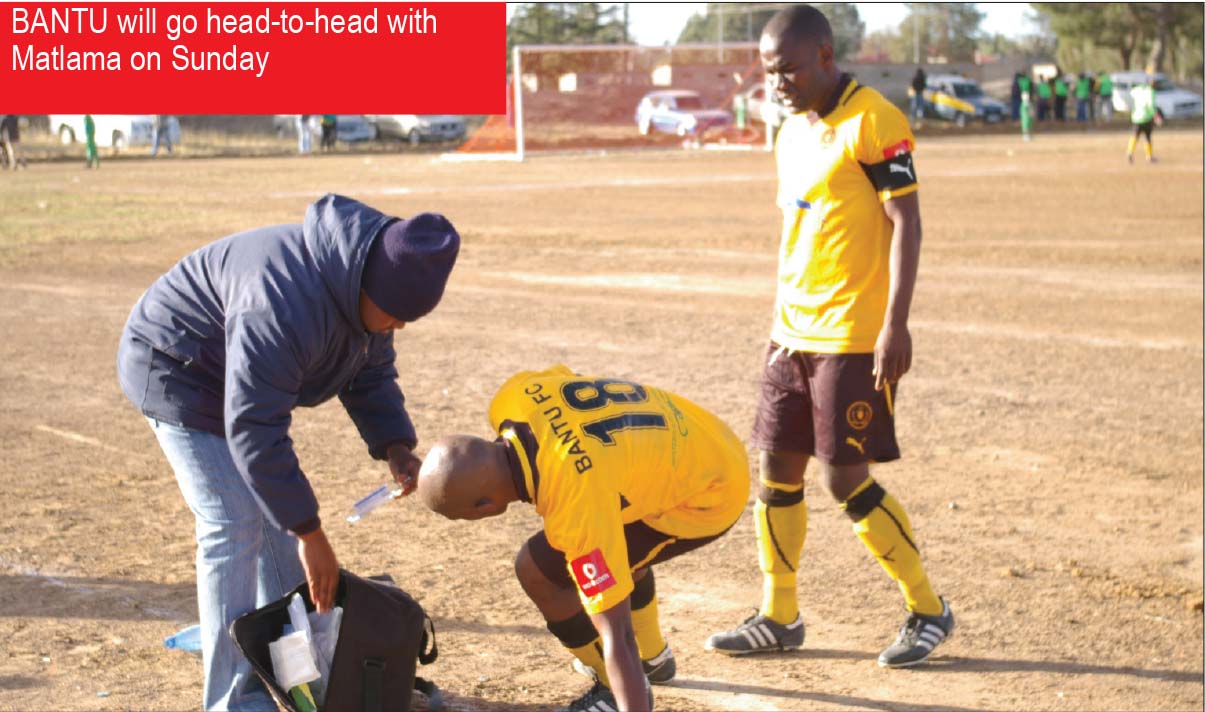 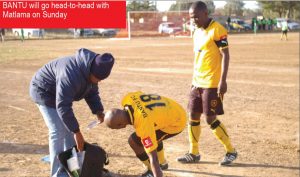 MASERU — Premier league giants Matlama and Bantu will go head-to-head this Sunday in a potential explosive encounter set for Mafeteng.

Both teams are unbeaten since the season started almost two months ago and Bantu captain, Tlali Maile told the Lesotho Times that his team is not ready to surrender their unbeaten run in the league.

The diminutive defender said everything is going according to plan for his team that is still enjoying the Independence Top4 success after beating Lioli in the final a fortnight ago.

“We treat each match with the respect it deserves and there is nothing special we are doing to prepare for the tie against Matlama,” Maile said.

“For us every game is like a final because the target is to collect as many points as we can to challenge for honours.”

The Mafeteng based side under the mentorship of Motlatsi Shale have won four of their opening six games and Maile is confident they will maintain their good run over Matlama in the Sunday tie.

Last Saturday they beat Melele 1-0 for their fourth successive victory.

“The league is a marathon and it is only if you keep winning that you are guaranteed to win in the end,” said Maile.

He also said their new players signed at the start of the season have adapted to their new team and  are all playing vital roles in the success of A Matšo Matebele.

“There is no doubt that it is a big tie and the match is a motivation by itself to the players of the two teams.

He said they will be motivated to upset the Mafeteng based side still in high spirits after winning the Independence cup trophy a fortnight ago.

“They are still celebrating after the cup success and we will be motivated to spoil the party,” he said.

The towering Tse Putsoa defender said he is happy in the way things have turned up for his team in the new season that has seen them register five wins and a draw.

“We all motivated and committed to helping the team do well this season.

Matlama played a goalless draw against LDF last Saturday as for the first time this campaign they failed to win.

The Likuena defender said its tool early to talk about the league title despite their flying start to the campaign.

He pleaded with the club supporters to come in numbers and witness his team cause an upset on Sunday.

Elsewhere, the league champions, Lioli still leaking their wounds after the Independence cup final heartbreak to Bantu will be hoping to remain on top of the table if they beat winless Melele in Teyateyaneng.

Tse Nala are tied at the top of the table with Matlama also on 16 points with the Teyateyaneng side having scored more goals.