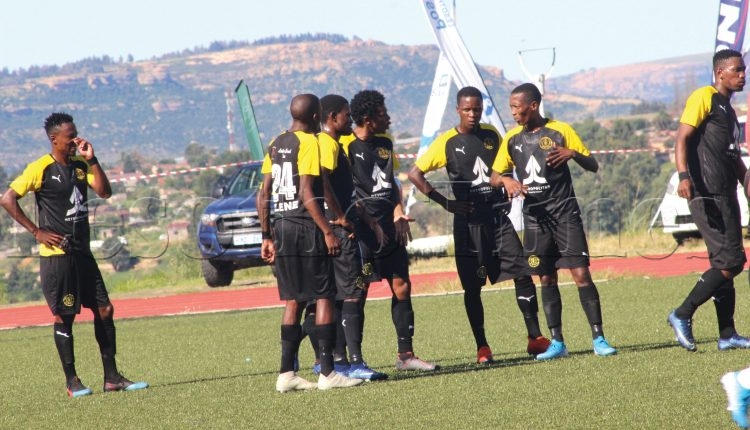 BANTU blew the chance to return to the summit of the Vodacom Premier League after playing out a one-all stalemate with Liphakoe at Setsoto Stadium yesterday.

Both sides were out in search of a win. Bantu sought to start the second round in style while Liphakoe wanted an outright win to improve their log standings.

That appeared to be the wakeup call for Liphakoe as they gradually clawed their way back into the game.

They had an opportunity to test Thabo Sedisa on 25 minutes but Katiso Thamae blazed over the bar.

Bantu were made to rue their missed chances when Thapelo Tale equalised on the stroke of half-time.

The Mafeteng side went close in the 54th minute when Thabo Lesaoana’s chip ball missed the target by a few inches.

Marabe could have got his brace in the 72nd minute but Paballo Mafeka was on hand to save Liphakoe with a goal line clearance.

In the end, Bantu could not get the vital goal. They remain second to Matlama who they trail by a point.

Liphakoe’s assistant coach, Tšepo Hlojeng, said they were happy with a point “against a big team”.

“We were playing against a big team which has been performing well. A draw is a fair result to us even though we wanted a win.

“Due to quality players at Bantu’s disposal, we had to approach the game with a defensive mindset,” said Hlojeng.

Bantu coach Mafoso said his charges were rusty after a two-week break. He however, credited Liphakoe for their defensive display.

“We have been out action for two weeks and they were signs of rustiness today. However, all credit to Liphakoe who defended well and that worked for them,” said Mafoso.

In other matches, Matlama also dropped points following their 1-1 draw against Lijabatho.

Lioli were held to goalless draw by Lifofane. Swallows and Linare also settled for a point each after 0-0 draw while LCS beat Manonyane 2-0. Likhopo drew 1-1 with CCX.

Likuena crash out of COSAFA