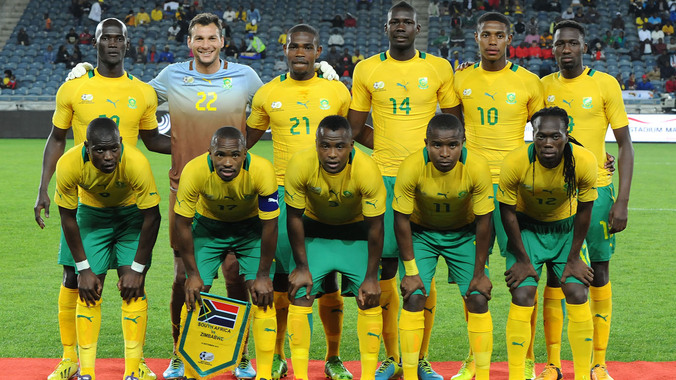 The current administration and the national soccer team are similar in more ways than one. For starters, they both shoot but hardly ever score.

It would not be strange that after being lambasted by Sports and Recreation Minister Fikile Mbalula, the national soccer team could find some unsuspected inspiration and decide to run for government of South Africa. After all, being called a bunch of losers would be all one really needed to edge closer to such a decision. Bafana Bafana’s performance is so similar to government’s, they probably thought: “Why the hell not?”

To get overpaid and deliver poor performances is something several members of the South African government do really well. In fact, it’s a prerequisite in some instances. The less qualified you are, the more money you get paid. It’s a badge of honour really. And so it makes sense that the boys in green and gold would transform something that translates poorly on a soccer field into something that works wonders magisterially, for example. And hey, we all know sports stars have their little eccentricities but even those don’t have to be closeted for the sake of a seat in government. Oh no, sir. Let’s just steal from the example of Mbalula himself, who, I’m sure we all remember most recently visited Robben Island in a costume made of oversized sunglasses, subtle bling and a not so subtle Palestinian scarf.

I don’t think any of the current ministers are big on sport though. Not in the “let’s wake up early on Saturday morning and go for jog before climbing a mountain and kicking the ball about when we reach the top” kind of way. So actually, playing soccer might be out of the question for our ministers – this shouldn’t upset them too much. Hardcore soccer fans will tell you Bafana Bafana do very little of this anyway. Besides, they’ll be too busy spending state funds on fast food and travel and convoys. Who knows, Bernard Parker might have a thing for elaborately priced handbags and stilettos too.

And so what if they can’t kick about a ball anymore? Their fancy foot theatrics will definitely still work in their favour. They just need to learn to apply it a bit differently. For example, instead of showing off their twinkle toes and practising their trick skills, selfishly, in the middle of a match, they will have to learn to dilly-dally in other ways. Service delivery perhaps? Same tactics – different arena. Again, not dissimilar to the current administration’s professional version of “pass the buck”.

Our government and soccer team have more in common than one would perhaps like to admit – they’re both brilliant at shooting and hardly ever scoring. So it should really come as no surprise that Bafana Bafana have thought to take these lemons they’ve recently been dealt and make wedges, to garnish all the great big, expensive cocktails they’ll be drinking once they run the country.

Besides calling them losers and saying their performance was useless, Mbalula also said he hoped to never wake up to that kind of mediocrity again, and that “we have a crisis of monumental proportions”.

Now, I wonder who else feels like that about the government in several municipalities? But hey, if you can’t beat them, join them. Right?

Constitutions too secular for Christianity?

Mbeki nominated to be MP – report