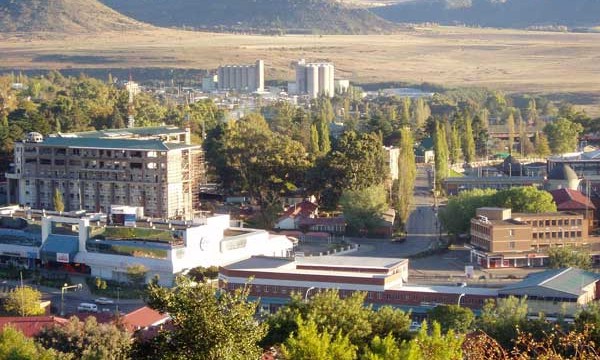 THE second edition of the Bacha Entrepreneurship Project was launched this week, with 25 applicants receiving entrepreneurial training at the Basotho Enterprises Development Corporation (BEDCO) premises in Maseru.

The annual project, which was initiated by BEDCO, Standard Lesotho Bank (SLB) and Lesotho Revenue Authority (LRA) seeks to tackle youth unemployment by capacitating them with entrepreneurship skills.

According to BEDCO’s Principal Consultant, Abiele Mashale, the project targets young unemployed graduates between the ages of 21 and 35 with a view to making them entrepreneurs and drivers of economic growth.

Following a call for the submission of business proposals earlier this year, which elicited 58 entries, 25 applicants were shortlisted after undergoing a screening process by a panel of judges from the three organisations.

After completing the two-week entrepreneurial training programme, which began on Monday, the shortlisted candidates will be afforded another chance to fine-tune and resubmit their proposals for final selection.

The adjudication panel will then select the three winning proposals which would be eligible for the combined start-up capital of M500 000 to execute the proposals.

One of the trainees, ‘Mamarabe Sello, told the Lesotho Times she was confident of doing well in the project having already been equipped with business skills as an entrepreneurship graduate from Limkokwing University of Creative Technology.

“I feel very honoured and lucky to be counted among the 25 youths who are undergoing business training. The fact that I have made it this far among many other hopefuls is an indication that I have something unique,” said Ms Sello.

“I am confident of my chances going forward as the training we are receiving is going to raise my entrepreneurship skills to a higher level.”

The aspiring entrepreneur said she enrolled in the project to get funding for her business idea.

“I saw it as perfect platform to finally realise my dream of being a businesswoman who can contribute to the economic development of my country through hiring other people,” she said.

Another trainee who made the cut, Lebesa Leotlela, said the project was his last hope of getting his business off the ground after funding constraints.

“Together with my business partner, we are working on getting our business called Mole Consultancy off the ground, but it has not been easy as we could not raise the necessary funding. So we hope this project is going to help us in that regard,” Mr Leotlela, who is a Bachelor of Arts Economics (Statistics) graduate from the National University of Lesotho, said.

Tšosane Lebina is getting a second bite of the cherry after losing out at the top five stage in last year’s edition.

“Losing out last year in the top five stage has been a painful lesson which I hope to rectify this time around. I now know where my areas of weakness were,” he said.

“I am confident that I will be able to fulfil my dream of starting a mushroom project through the support of the Bacha Entrepreneurship Project.”

BEDCO’s Senior Business Consultant ‘Makoroloso Lekhesa told this paper the idea behind the two-week entrepreneurial training was to assist the candidates in moulding their “rough” business proposals into proper business models that merit funding.

“Some of the business proposals we received were not properly done and some of them did not demonstrate any market research, which is important for determining the market for their products. Others did not have clear production and financial projections,” she said.

“The entrepreneurship training they are undergoing is meant to help them to come up with proper proposals that can be accepted by financial institutions.”

Ms Lekhesa also noted that this year’s proposals were both fewer in number and not matching last year’s level of innovation and creativity.

Addressing the trainees, SLB’s Marketing, Public Relations, Communications & Sponsorships Manager Manyathela Kheleli said the 22 candidates who would not make the top three would be incorporated into BEDCO’s incubation programme for further development.

He also spoke of the need to revise the enterprise licensing regime in the country as it did not accommodate the registration of some innovative enterprises that were created by the youths.

“Some of our youths come up with brilliant and innovative business ideas that are currently not implementable in the country due to lack of a supporting licensing system. As a result, this delays the commencement of such businesses,” Mr Kheleli said.

In her remarks, LRA Public and Media Relations Specialist, Tšepang Mncina, said it was important for the tax authority to contribute towards the establishment of sustainable businesses in order to expand the revenue pool.