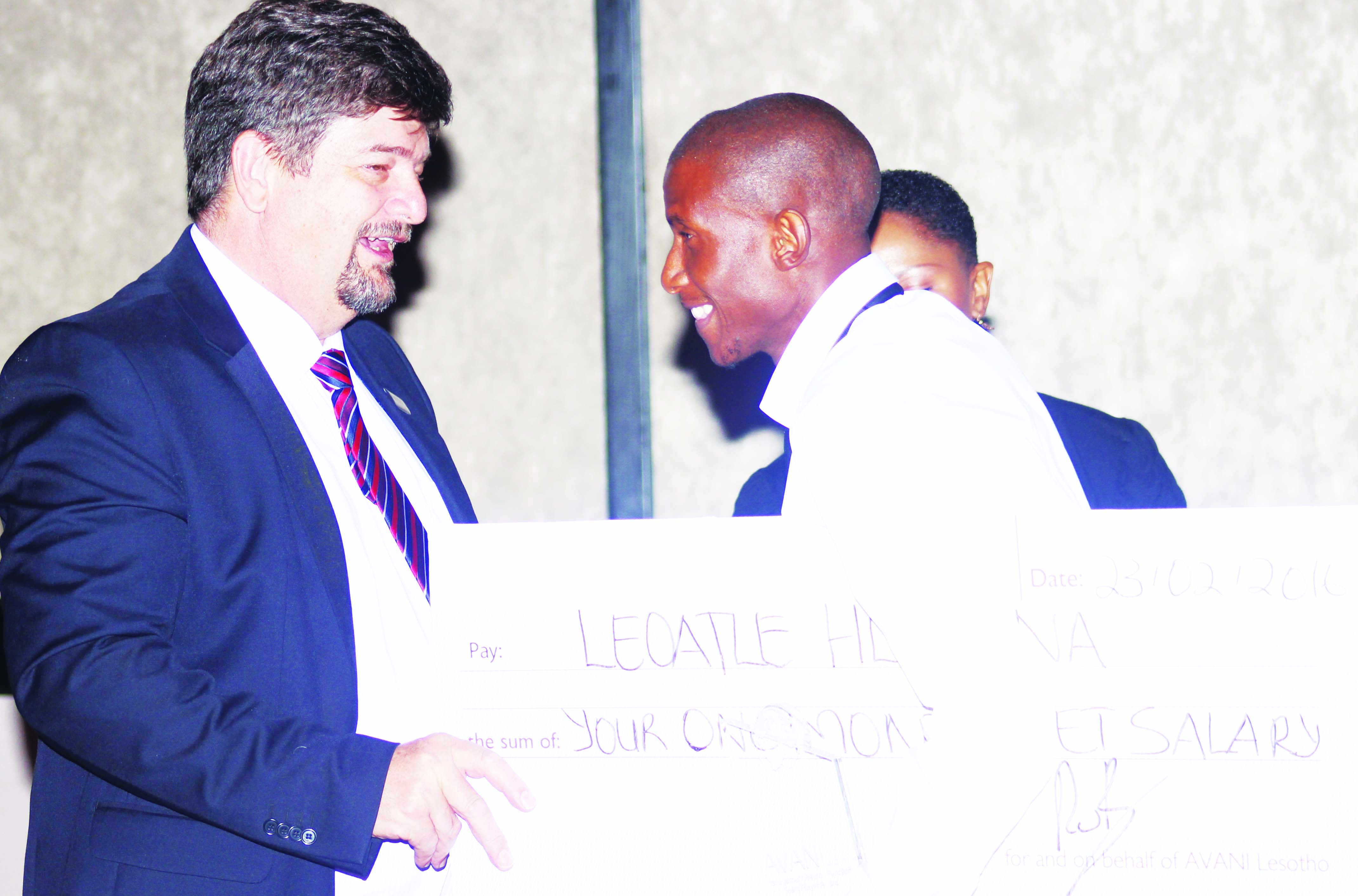 AVANI Lesotho hotel group has received an award for sales excellence in 2015 from its parent company Minor Hotel Group (MHG).

This was revealed by MHG Director-Africa, Sir Richard Hawkins, during an event held to honour four members of staff for their outstanding work over the course of last year.

The two hotels, AVANI Lesotho Hotel & Casino and AVANI Maseru Hotel, are subsidiaries of the Thailand-based MHG, and were acquired from gaming and resorts group, Sun International last July.

The outstanding staff members were Stian van Blerk in the Unsung Hero category, Leatle Hlabana in the Team Player category, Lieeketso Peea in the Performer of The Year category and Shaun Nicholson in the Manager of the Year category.

“MHG held a sales conference in Zambia where the AVANI Lesotho hotel group received an award for sales excellence and for delivering beyond expectations,” he said.

“Despite changes in its staff complement, the core of the team managed to achieve the highest percentage growth in total revenue compared to the budget for 2015.

“Well done, because you started off the year with a mountain to climb but managed to beat the rest of our African properties.”

In his remarks, AVANI General Manager, Riaan Van Rooyen said the hotel group managed to overcome many challenges because of teamwork.

“We achieved record value and profits because of the management team that guided our staff to excellence,” said Mr Van Rooyen.

“We had to work long nights to achieve this together as a group. During our performance evaluations, we learnt that, as individuals, we could either be the strongest or weakest link and resolved to work towards a common goal.”

Major upgrade for Moshoeshoe I airport