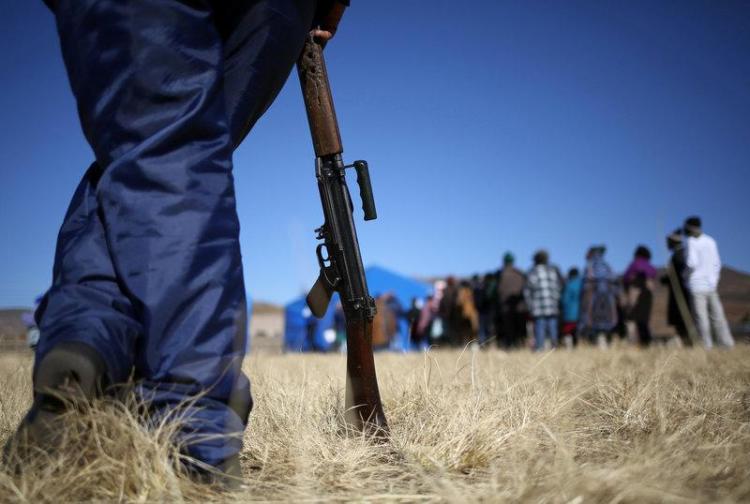 THE African Commission on Human and Peoples’ Rights (ACHPR) has expressed concern over the “persistent allegations of police brutality” in Lesotho and called on the government to capacitate the relevant institutions to enable them to investigate allegations of human rights violations.

The ACHPR also said it was worried about what it said was the “constitutional crisis caused by the conflicted relationship between the judiciary and the executive which has a negative impact on the smooth functioning of institutions in a democratic society”.

The ACHPR made these and other observations in a report that was prepared in the aftermath of the ACHPR’s human rights promotion visit to Lesotho from the 8th to the 12th of this month.

The delegation was headed by Yeung Kam John Yeung Sik Yuen, the ACHPR’s Commissioner in charge of the promotion and protection of human rights in Lesotho. Commissioner Sik Yuen is also the chairperson of the ACHPR’s Working Group on the Rights of Older Persons and Persons with Disabilities in Africa.

The ACHPR delegation met with ministers Lebohang Hlaele (Law and Constitutional Affairs), Moletsane Mokhele (Justice and Correctional Services), Keketso Sello (Mining), Deputy Ministers Halebonoe Setsabi (Foreign Affairs), Rethabile Marumo (Gender and Youth) as well as senior officials from the Ministry of Social Development, the Ministry of Home Affairs, the Ministry of Health, the Ministry of Police and the Commissioner for Refugees.

In its preliminary report seen by the Lesotho Times, the ACHPR said it was “concerned by the persistent allegations of police brutality and reports which purport to demonstrate that torture is being utilised by security forces in the country”.

“The government should incorporate the promotion and protection of human and peoples’ rights in all its actions as well as in the legal, policy and institutional reforms which would be initiated as a result of the ongoing national dialogue.”

The police have been under fire for torturing suspects to extract confessions, a practice that has allegedly led to deaths and subsequent lawsuits against the force.

Last week, Prime Minister Thomas Thabane said the Minister of Police, ’Mampho Mokhele and the Commissioner of Police, Holomo Molibeli, must “do the right thing” by investigating the deaths of suspects in police custody.

Dr Thabane said this in the wake of a pledge by the government to investigate the deaths of suspects at the hands of the police.

In the National Reforms Declaration signed with the opposition last week, the government undertook to “investigate and report to the coalition of opposition parties in due course” the circumstances surrounding the deaths of several people in police custody.

Ms Mokhele, who served as a police officer for 37 years, made the revelation at a ceremony where the LMPS was presented with forensic equipment which was donated by the Algerian government.

She however, said she hoped the donation would go a long way in removing the need for torture as the police could now use it to determine whether or not a suspect had been involved in the commission of a crime.

“We, as the police, are often forced to use violence to get information out of people because at times we would be sure that the suspect committed the crime but due to lack of tangible evidence we have to use force,” Ms Mokhele said.

Two months ago, a Government Printers employee was allegedly tortured by the police after his arrest in connection with the leaking of a government gazette which announced the appointment of South African judge Justice Yvonne Mokgoro as acting president of the Court of Appeal.

The leaked government gazette was allegedly used by three prominent lawyers as the basis for their successful March 2018 lawsuit against the appointment of Justice ‘Maseshophe Hlajoane as the acting Court of Appeal President.

However, in a recent interview with this publication, Commissioner Molibeli, said the police took the issues of alleged police brutality seriously.

“It is my responsibility to ensure that we keep a clean image of the police force. Our duty is to protect the people and not hurt them. We investigate cases where people are tortured while in police custody and take legal action on officers who are found on the wrong side of the law. There are several cases where officers have been brought before the court.

“Officers who are being investigated are transferred to other areas to move them from where they offended people while their cases are being addressed. It is not to protect such officers but to allow smooth processes.

“We are not quiet about this issue and I have been on radio to talk about police brutality which is of great concern to us,” Commissioner Molibeli said.

Apart from the issue of police brutality, the ACHPR delegation also bemoaned what it called “the constitutional crisis caused by the conflicted relationship between the judiciary and the executive”.

It did not provide details of the alleged constitutional crisis or the conflicted relationship between the judiciary and the executive.

Justice Majara recently petitioned the High Court to order His Majesty King Letsie III to revoke her suspension from office over a litany of misconduct charges including her alleged failure to ensure the timeous delivery of justice.

She was suspended with effect from 11 September 2018 on the advice of Dr Thabane who is also one of the defendants in her lawsuit.

Justice Majara also wants the court to set aside the subsequent appointment of Justice ‘Maseforo Mahase as the Acting Chief Justice.

The suspension paves way for a three-member tribunal to try Justice Majara.

Three experienced judges from Uganda, Tanzania and Zimbabwe were appointed to the tribunal to hear the misconduct charges against Justice Majara.

The suspension of Justice Majara has drawn criticism from international organisations such as Amnesty International and the Commonwealth Magistrates and Judges Association.

Amnesty International branded the Chief Justice Majara’s suspension “a grave threat to judicial independence” and called on the government to immediately reinstate her.

But the government hit back at the two organisations and accused them of issuing unfounded statements based on unverified and disparaging claims about Lesotho.

The government accused the two organisations of peddling “sensational, propagandist and unfounded statements” over the suspension of Justice Majara.

In another development, the ACHPR commended the government for directing “the army, the police and the Human Rights Unit within the Ministry of Law to work on legislation criminalising torture”.

There was further praise for the government’s efforts in tackling the deadly HIV/AIDS pandemic and working on legislation to empower women.