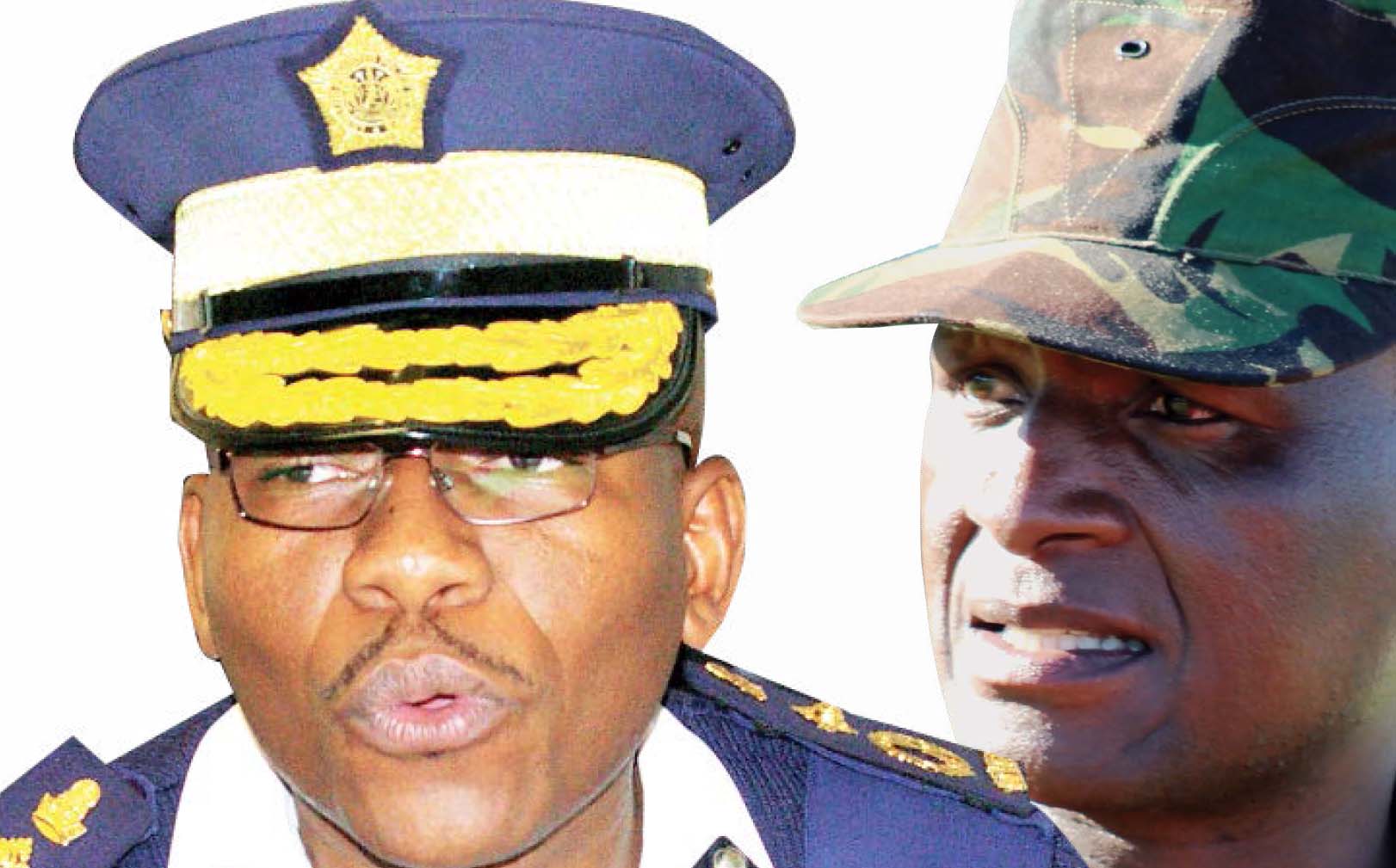 WHILE we have harped on ad nauseam about the souring of relations between Lesotho’s security agencies, recent shocking events cannot go unmentioned.
Elsewhere in this edition, we carry a very disconcerting story in which the Lesotho Mounted Police Service (LMPS) Commissioner, (Compol) Khothatso Tšooana and Deputy Commissioner of Police (DCP) Masupha Masupha, were on Tuesday told to leave their vehicles and bodyguards at the main entrance of State House and walk to their meeting with Prime Minister Thomas Thabane by Lesotho Defence Force (LDF) members guarding the premier’s official residence.

According to LMPS spokesperson, Lebona Mohloboli, guards manning the gate said they had been ordered by their Commander, Lieutenant General Tlali Kamoli, not to let the LMPS officials drive onto the premises.
“The LDF guards also said they had been ordered not to allow their (Compol Tšooana and his deputy) bodyguards into State House,” Senior Inspector Mohloboli said.
“The LDF guards further said they could only allow the Commissioner and DCP in on foot and without their bodyguards. They were firm that Commissioner Tšooana and DCP Masupha should not drive through the gate.”

Commissioner Tšooana and DCP Masupha rightly refused to comply with the LDF guards’ directives and returned to Police Headquarters.
Their ordeal was not over, however, as they were called by Dr Thabane, asking them to come to the meeting since they had to be part of it.
“But when they got to State House for the second time, they were still not allowed to drive through the gate by the LDF guards,” said Senior Inspector Mohloboli.
If ever Compol Tšooana and DCP Masupha needed their bodyguards, it would be in such a situation in which they were surrounded by belligerent LDF members. Apart from needlessly embarrassing the two officers, this directive genuinely put them at risk given attempts to kill Compol Tšooana and Prime Minister Thomas Thabane’s partner, Liabiloe Ramoholi, in January this year when their homes were simultaneously bombed by unknown assailants. The danger is all the more real because the perpetrators of those heinous crimes are still at large.
This bizarre incident epitomises the untenable escalation of the tiff between the two agencies which the coalition government is clearly failing to nip in the bud.

Tellingly, the meeting Compol Tšooana and his deputy were attending had been called by Dr Thabane, who is also Minister of Defence, Police and National Security. Dr Thabane’s dispatching of Basotho National Party leader, Thesele ‘Maseribane, who is also Minister of Gender, Youth, Sports and Recreation, to mediate in the standoff, was in vain as the LDF members stood their ground.
According to Senior Inspector Mohloboli, Compol Tšooana and DCP Masupha had to use force to drive through the gate to ensure they attended the meeting.

This would be a very intriguing plot for a Hollywood thriller if it wasn’t a real-life event in a supposedly civilised country. By any standards, this event is unprecedented and would elicit a commission of enquiry under normal circumstances.

The time has come for the coalition government, in general, and Dr Thabane in particular, to concede what is apparent; that they have failed to rein-in the LDF.
For such a flagrant provocation to happen right under his nose with impunity shows that it is now a waste of time to continue calling on the premier to mediate in the issue. This fallout between the LDF and LMPS, it appears, is now beyond him.

Dr Thabane has a lot on his plate, given the apparent unravelling of the coalition government, comprising the BNP, the Lesotho Congress for Democracy and the premier’s All Basotho Convention. However, it is in his and Basotho’s interest to acknowledge that we have a serious problem.

‘Yet another period of food insecurity looms’