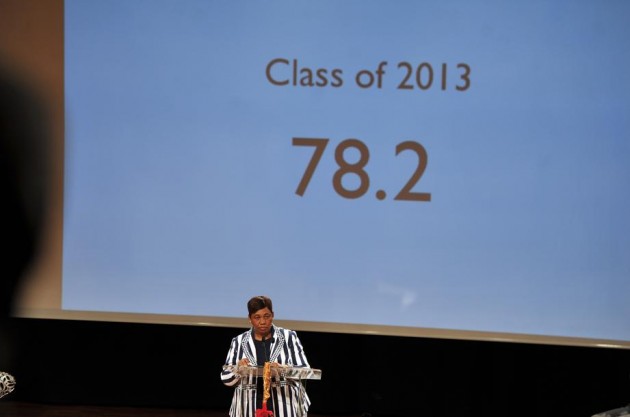 The matric pass rate is up to 78.2%, from 73.9% last year, Basic Education Minister Angie Motshekga has announced.

An excited Motshekga said she was pleased by the results because when she took over the department almost five years ago she had aimed to increase it from 62% to 75%.

“This decision remains one of the key legacies of the current administration as it also affirmed education as priority number one of government.”

Despite education policy analysts such as professors Adam Habib, Jonathan Jansen and Graeme Bloch questioning the quality of the National Senior Certificate, Motshekga said she was pleased.

“I congratulate the class of 2013 for being the best class since the advent of democracy, and I encourage every learner to go further than their predecessors and strive to excel in higher education, the workplace and in your general contributions as South African citizens.”

Provincial results:
Free State is the top performing province. The province has achieved 87.4%, up from 81.1% last year;